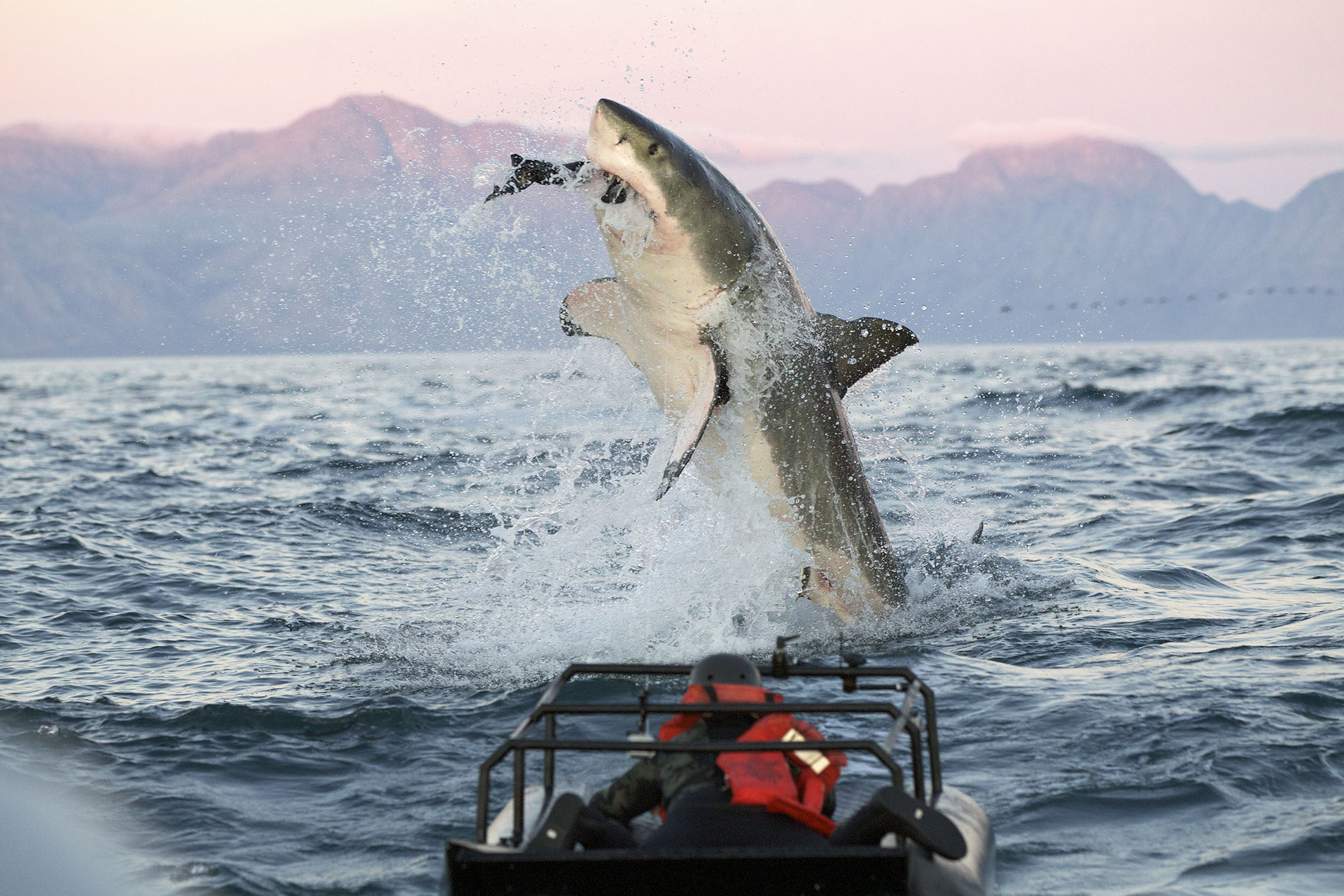 So this is how it ends. As the motorboat sped away from the lush shore, the beautiful blue waters of Oahu started to look less like paradise and more like a watery grave. Swimming with sharks—without a cage—had seemed like an adventure when I signed up, but now, as the green island grew smaller, even the dolphins jumping alongside the boat couldn’t ease my nerves.

Our diving guide, Cody, had seen this squeamish reaction from his passengers many times before. In an effort to calm us down, he shared with us some of the shark wisdom he had accumulated over many years of experience:

True: No one has ever been injured by a shark during a guided shark tour. There have been some rare occasions where a shark has jumped into a shark cage, but these accidents are usually due to the tour guides ignoring certain baiting rules. In every case, the shark did not attack the divers and no one was injured.

False: Sharks consider humans to be prey. The majority of shark attacks are “hit and runs,” meaning the shark takes a taste test, realizes you are not a seal, and leaves. I was amazed at how the sharks treated us while we swam with them; they seemed to view us with the same gentle curiosity with which we viewed them. This is not to say that they are harmless, though. Touching any kind of wildlife is always risky, and no guest in unfamiliar waters should do it.

True: Eye contact matters. Sharks are like cats: they will sometimes try to sneak up behind you when you’re not looking and give you a nudge. Cody suggested that we maintain eye contact to let the sharks know we are aware of them, encouraging them to keep their distance. When a bolder shark appeared, Cody simply charged at it and it backed down immediately. Some species are more aggressive than others, so if push comes to shove (or bite), a good punch to the nose or gills would likely send the culprit swimming.

False: Blood sends sharks into a feeding frenzy. It is true that sharks can detect even tiny amounts of blood from impressive distances, but Cody assured us from experience that this is unlikely to trigger a shark attack. Sharks are more attracted to fish oils in the water than to blood. I also learned that a feeding frenzy is actually a competition for food and hierarchy within a group of sharks, not a state of crazed delirium like Finding Nemo suggests.

The media often portrays sharks as demonic, blood-thirsty killers, but the reality is that they are just like any other wild animal: dangerous when provoked, but generally peaceful. Swimming next to three Galapagos sharks was an eye-opening experience that I will never forget. They meandered around us like we were their peers, not their prey. Cody taught me an important lesson that day: the more we understand the truth about the unfamiliar, the easier we can coexist.