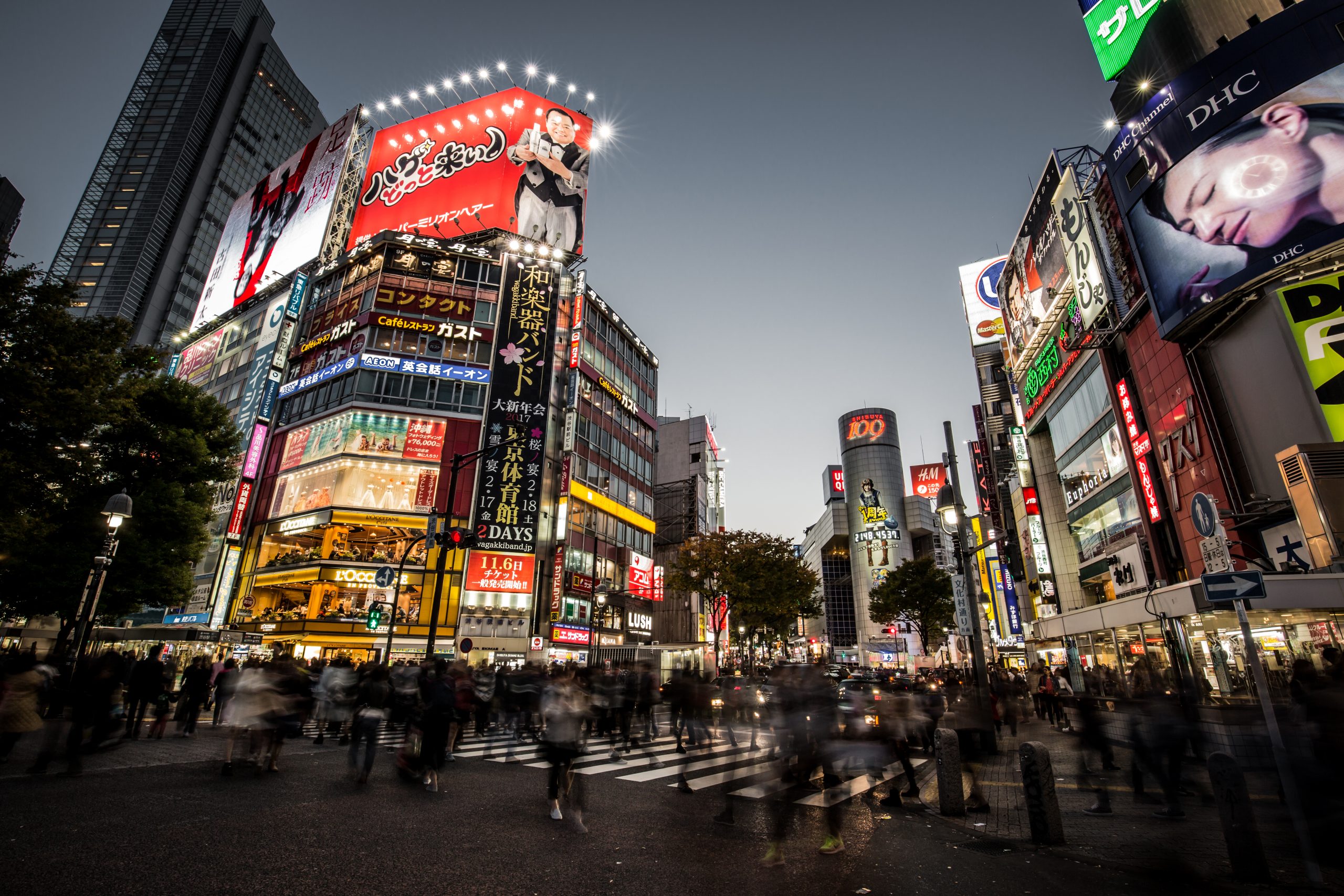 When I was weaving my way through crowds of people on the streets of Shibuya in the heart of Tokyo, Japan, I never thought that Japan might be running short on people. Shibuya is one of the most densely populated municipalities in Tokyo, sporting a population density in 2017 of over 13,000 people per square kilometer, or 13 people per square meter (which requires a lot of stacking). As many as 2,500 pedestrians cross Shibuya’s busiest crosswalk during one traffic signal. People visiting Japan probably expect to be confronted by masses like these, and they’re usually right.

So you can imagine my surprise when I heard about Japan’s population crisis: since 2010, Japan’s population has decreased by over one million people, and with a fertility rate of 1.4 births per woman, it’s not looking like it will go back up anytime soon. In fact, researchers estimate that by the end of the century, Japan will lose over 34% of its population. That’s comparable to the United States losing the entire population of California and then some. A fertility rate of at least 2.1 is necessary for a country’s healthy growth, so the predictions about Japan’s future are pretty scary for one of the world’s most developed nations. When I asked Setsuko Amakasu, a longtime resident of Abiko, Japan, what she thinks about the population decline, she said, “It is a big issue; that’s what everybody thinks.”

It’s not just Japan, either—the Washington Post put together a list of 11 countries expected to shrink dramatically by the end of the century, and Japan was only ninth on the list. A few other countries listed included Hungary, Croatia, Ukraine, Romania, and Bulgaria, the last of which is predicted to lose over 52% of its population by 2100.

What’s keeping people from having babies? Reporters attribute a nation’s low fertility rate to a variety of factors: there aren’t enough stable jobs for young men, women are more career-driven, people are getting married later, immigration levels are low, or people are just not having sex. No matter the reason, these prospective population plunges will drastically affect every aspect of these countries’ futures—including travel and tourism.

Japan, with its ancient shrines, technological gadgets, tasty seafood, and wild fashions, is a major tourist destination, drawing in over 24 million visitors in 2016. How will the population decline affect the experience of visitors to Japan?

Japanese people highly value their food, and anyone who visits Japan will want a taste of traditional Japanese cuisine. Every part of Japan offers its own specialty: Utsunomiya is famous for its authentic potstickers, Niigata is known for its fluffy rice, Hokkaido offers extra-fresh seafood, and so on. Even small towns have a tiny ramen shop or two, which just might offer the tastiest food. I once heard a Japanese person say, “The dirtier the ramen shop, the more delicious the ramen.”

With the importance of food and the prevalence of restaurants in Japanese culture, there’s no doubt the population drop will affect the number of businesses that remain open, especially the smaller ones. Fewer people means fewer employees to run stores and restaurants, forcing businesses to close. Currently, 27% of Japan’s population is 65 or older, compared to 15% in the United States. As the ratio of old to young increases, more able-bodied workers are needed to sustain the elderly population, and fewer people are able to work in service jobs.

“Japan needs more care workers, nurses, and doctors who can take care of those old people rather than work at restaurants or service jobs,” said Risa Tuttle, 27-year-old native of Nagoya, Japan. “That’s also a problem, because there will be few people to work at other jobs.”

While some people suggest changing migration laws to allow more foreigners to come to Japan to claim these jobs, doing so could offer only a temporary solution. To counter the effects of the decreasing population, Japan would need to increase annual migration to around 600,000 people, which is unlikely, because only about 50,000 people currently migrate to Japan each year.

Unless Japan can produce a lot more residents for their workforce, future visitors to Japan may need to stick to larger cities for their meals and might have more limited meal options than are available now.

Public transportation is incredibly efficient in Japan. You can get from the top of the main island to the bottom via train. In fact, the public transportation system is so efficient that many Japanese don’t own a car because they don’t need one. This is especially convenient for tourists, who find little need to rent a car or take a taxi to get to most places. How might the dwindling population change transportation?

Not only will there be fewer people to ride the buses and trains, but there will be fewer places to get to as small businesses shut down and homes are deserted. In response, public transit prices will increase. Although regular train fare is relatively inexpensive, costs for even short distances on the train may rise as transportation companies are forced to compensate for the lower number of customers. Visitors to Japan will likely see transportation costs rise, and smaller train lines may be shut down if they don’t get enough traffic.

While Japan is known for its massive skyscrapers and urban landscape, visitors to the island are also drawn to its stunning natural sceneries. You can unwind in exclusive forest hot springs, hike beautiful mountains like Mount Asahi and Mount Fuji, or visit secluded beaches and climb on salt-encrusted rocks. Although major cities like Tokyo and Kyoto offer their own picturesque views, nature-lovers will find the most joy in exploring smaller towns and landscapes, away from the big cities.

Unfortunately, small towns are expected to shrink with the population. As the national population decreases and shops shut down, Japanese residents will have to either travel farther for basic commodities or migrate toward bigger cities. Tourists hoping to get a taste of small-town Japan may have less chance in the future.

Hope on the Horizon

Although Japan’s fertility rate is down, its tourism is up. In the past five years, Japan has more than quadrupled its annual visitors from overseas. The country plans to bring in 40 million tourists in 2020, the year Tokyo will host the Olympics, and the Japanese government hopes tourism continues to grow after that. Population decline is certainly not keeping people from going to Japan—in fact, more people are visiting the country than ever before. Now may be a better time than any to consider your own visit. You might even want to live there for a while.