Ode to a Grecian Yearn 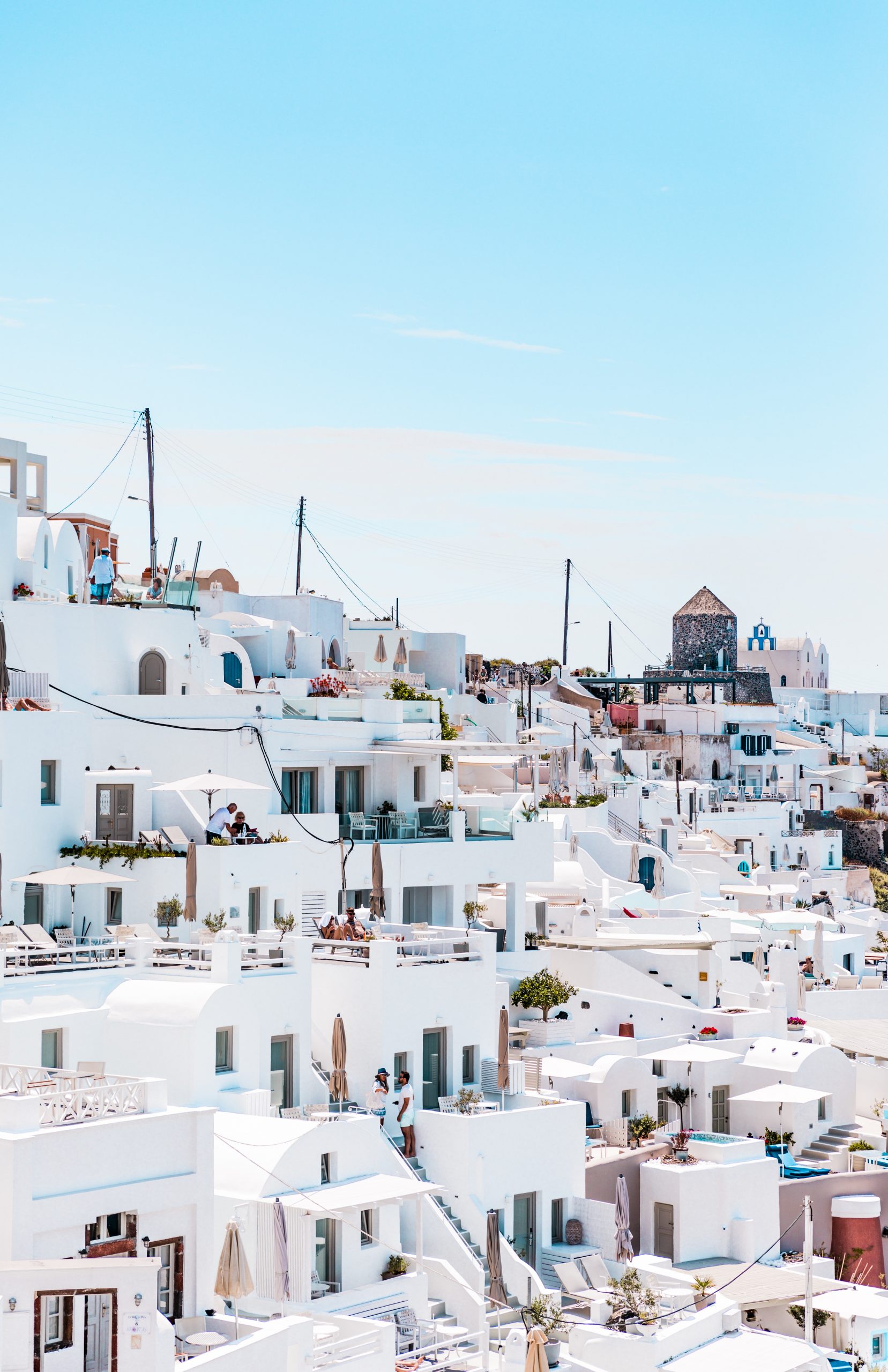 While living in the American Rockies for a few years as a visiting professor, Loula missed Greece. It wasn’t just that no one in her new town shared her Orthodox upbringing or that the only version of her native language taught at the local university wasn’t even modern Greek. She missed her native land’s cuisine, its rich age, its sun-kissed hills and whitewashed seaside adobe homes.

But now that Loula is back and comfortable in her Grecian home, she’s ready to advise about how to spend a few weeks in the land she loves.

If you begin your trip in Athens—which you ought to do—prepare to get around. Flights within Greece and to other parts of Europe are relatively inexpensive, but don’t default to them. Check out ferry schedules if you plan to jump from island to island. You could rent a car, but the slender streets and endless views may lend themselves better to motorized scooter travel.

Once you’re settled in at one of the many bed and breakfasts within the city or resort hotels just without, Loula would recommend going to the theater. Look no farther than the narrow street of Broadway to confirm that theatrical culture thrives in the United States, but its prevalence in quotidian life pales in comparison to that on the stages of Greece. Theatre was born in Athens centuries ago. Visit the Theatre of Dionysus in Athens, where up to 17,000 people watched festivals to the pagan god over two millennia ago. When you’ve had your fill of the relics of ancient theatre, relax in the 1800s-vintage National Theatre of Greece, where you can see anything from Shakespeare to Arthur Miller shows. If you’re visiting in the summer, you’re lucky; you’ll have more options for outdoor theaters than you know how to choose from, and you get to enjoy them alongside the locals.

While you’re loitering in Athens, go back in time to the Byzantine era—centuries after the first plays, but still practically ancient history. Tour the city one day with the purpose of finding as many Byzantine churches as possible. You may have to abandon the rental car and go on foot to find some of them, but it’s worth it; the intricate paintings on the ceilings of the tiny domed chapels are riveting.

Be sure to visit the Acropolis. You’ll recognize the Parthenon from any visual reference to ancient Greece, but take the time to learn about the collection of buildings Pericles constructed in the fifth century BCE. You could take a guided tour, or you could immerse yourself in the past before your visit by reading one of the many histories of the place during a walk along the Port of Athens. In fact, while you’re at it, make sure you read the Iliad and the Odyssey. Loula recommends hunkering down with the two books during a visit to one of the dozens of dazzling beaches that are less than an hour’s drive from the city.

Before leaving Athens, consider visiting the Agora, which is an ancient model for the marketplace or the modern town center. Don’t expect the splendor of the architecture of the Acropolis here; the Agora is a location of ruins that will require you to know a bit of historical background (like knowing that it was the main social gathering place of Athens) and to use your imagination to make it come to life.

Athens boasts dozens of lovely taverns where locals go for special occasions. Bypass the overpriced tourist traps by searching online in Greek for a place to eat and drink and find out what the Athenians like to do in the evenings. Google Translate is the best travel buddy you don’t even have to book an extra bed for.

If you still haven’t had enough of history even after browsing the many free (and not-so-free) museums in Athens, it’s time to leave the city. Catch a plane to Knossos, the Neolithic city on a Mediterranean island. It’s said to be the oldest European city. Even if you’re not interested in its Neolithic roots or the subsequent Minoan period, you’ll want to get lost in the city where King Minos build a labyrinth for his son, the Minotaur. Spend an afternoon puzzling over the dozens of double bladed axes etched into the ancient stone walls.

If the lure of history is no longer getting you out of bed and beyond the adobe walls of your hotel in the morning, then it’s time to explore the Grecian shore in earnest. Loula may suggest taking a daytime ferry from port to port if you want to see the iconic whitewashed towns spilling across the Greek hills and cliffs. If you’d rather take a dip in the Mediterranean, then hop on that rental scooter and follow the rolling roads to any number of beaches and resorts. Don’t discount Lake Vouliagmeni just because it’s not the sea; the warm, green waters will fulfill your every relaxation need after all that museum wandering.

Bear in mind that, like most any other place, the country is made alive by its people. Strike up a conversation with your preferred lamb vendor at the market anywhere you visit—Google Translate will make your introductions if there’s a language barrier—and try to spend time with the locals. You’ll find that, beyond the constant influx of tourists in the cities and the countryside, many people make peaceful, happy lives on the green hills. If you happen to meet Loula, invite her to a cup of coffee or glass of wine outside your hotel after dinner. Her favorite thing about Greece is that you can enjoy a drink and a chat outdoors even in December, and it might become your favorite thing about Greece too.