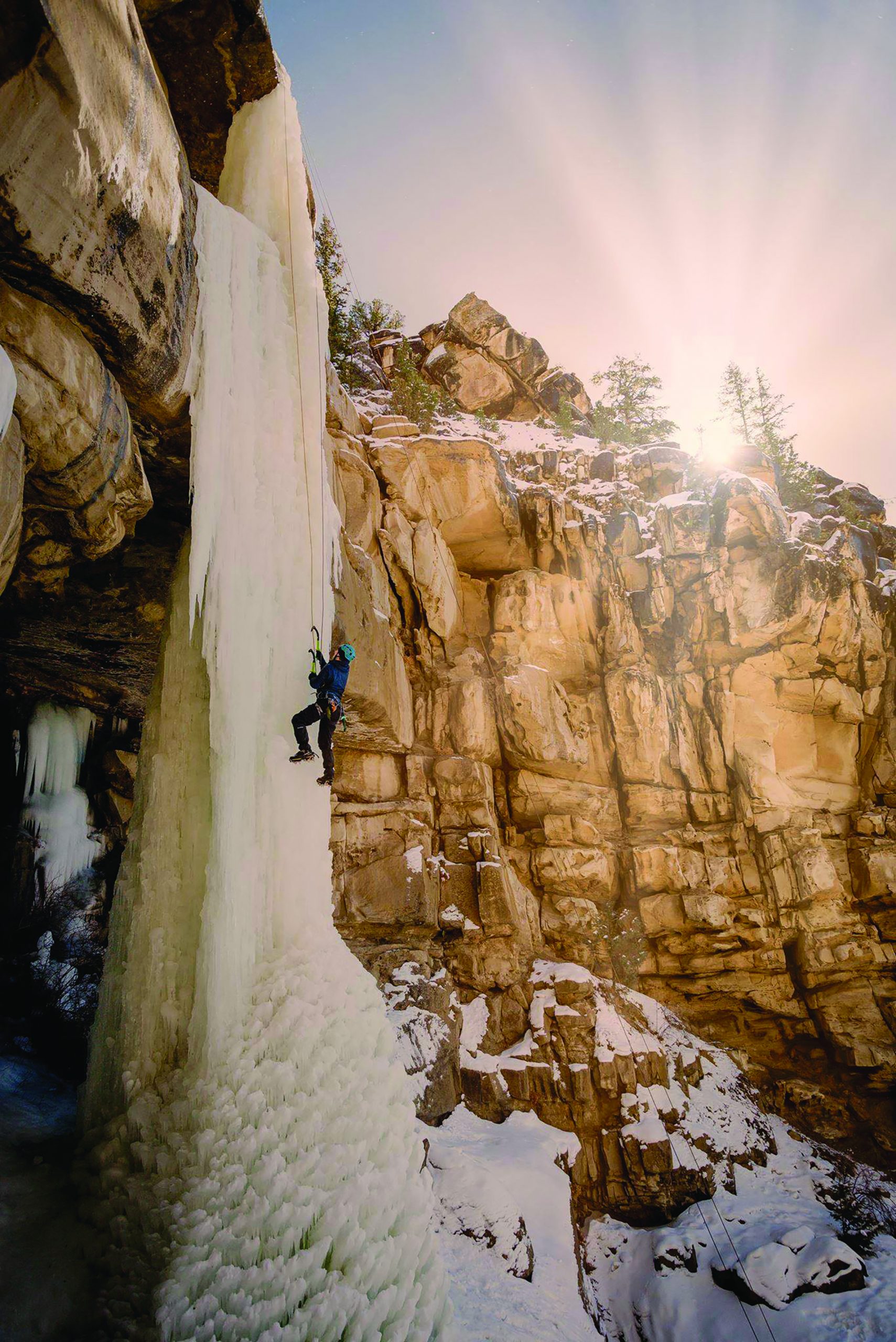 Maple Canyon, one of the United States’ most coveted rock climbing areas, was, at one point, that road less traveled by. The canyon was discovered on a whim; Utah climber Bill Boyle simply pointed to a spot on a map—Maple Canyon—and chose to explore the area with his fellow climber David Knezek. When the pair arrived at the canyon, they didn’t set any routes; they spent the next hour throwing rocks at the wall.

“Rock has a certain sound when it’s good,” Knezek said. “It’s a high-pitched ‘ping,’ and when it’s not good, it’s like a drum.”

The pair left, uncertain about the canyon’s potential for routes, having heard a number of ‘pings’ but a decent amount of the low drum. They found conglomerate rock, which in essence is pebble-sized to boulder-sized river stone set in cement. Though the rock offered interesting holds, only some of the rock was strong enough to bolt into.

But Knezek said it was worth the effort.

“Some stuff, as big as a basketball court, is completely upside-down,” Knezek said. “So you can climb a whole route—200 feet—upside-down.” Even relatively easy climbing grades, 5.8 and 5.9, are angled and have overhangs because of the large handholds the canyon offers.

The once barely-trodden canyon is now a hot spot for climbers from not only Utah, but around the world. Its walls welcome both novice and the most advanced climbers, from routes as easy as 5.4 with large cobblestone holds to 5.14 with steep overhangs. Unique formations in Maple Canyon, like Box Canyon—a narrow, half-mile-long, 500- to 700- foot-deep gorge—allow a person to touch both walls at the same time. Canyon walls and maple trees provide ample shade in the grueling summer heat.

The unique canyon came only by exploration, by traveling off the beaten path and then creating a beaten path for others to follow. What was once a whim is now a world-class climbing area. Thoough the routes are set, Knezek said climbing is an art and can be done in many different ways. Climbers test their own endurance and creativity with each unique route at Maple Canyon—in many ways forging their own paths on Maple’s vertical roads.

5.5–5.7 Vertical climbing starts on these grades. These routes have very good holds.

5.9 The climb might have a slight overhang or sustained smaller holds.

5.10 a, b, c, d Very sustained climbing with occassional overhangs and smaller holds.

5.11 a, b, c, d Meant for experienced climbers with power moves and technical skill.

5.12 a, b, c, d These routes, often with overhangs, require delicate footwork and balance little holds.

5.14–5.15 These climbs are among the hardest in the world. Few climbers successfully complete a 5.15.