From Tourist to Traveler 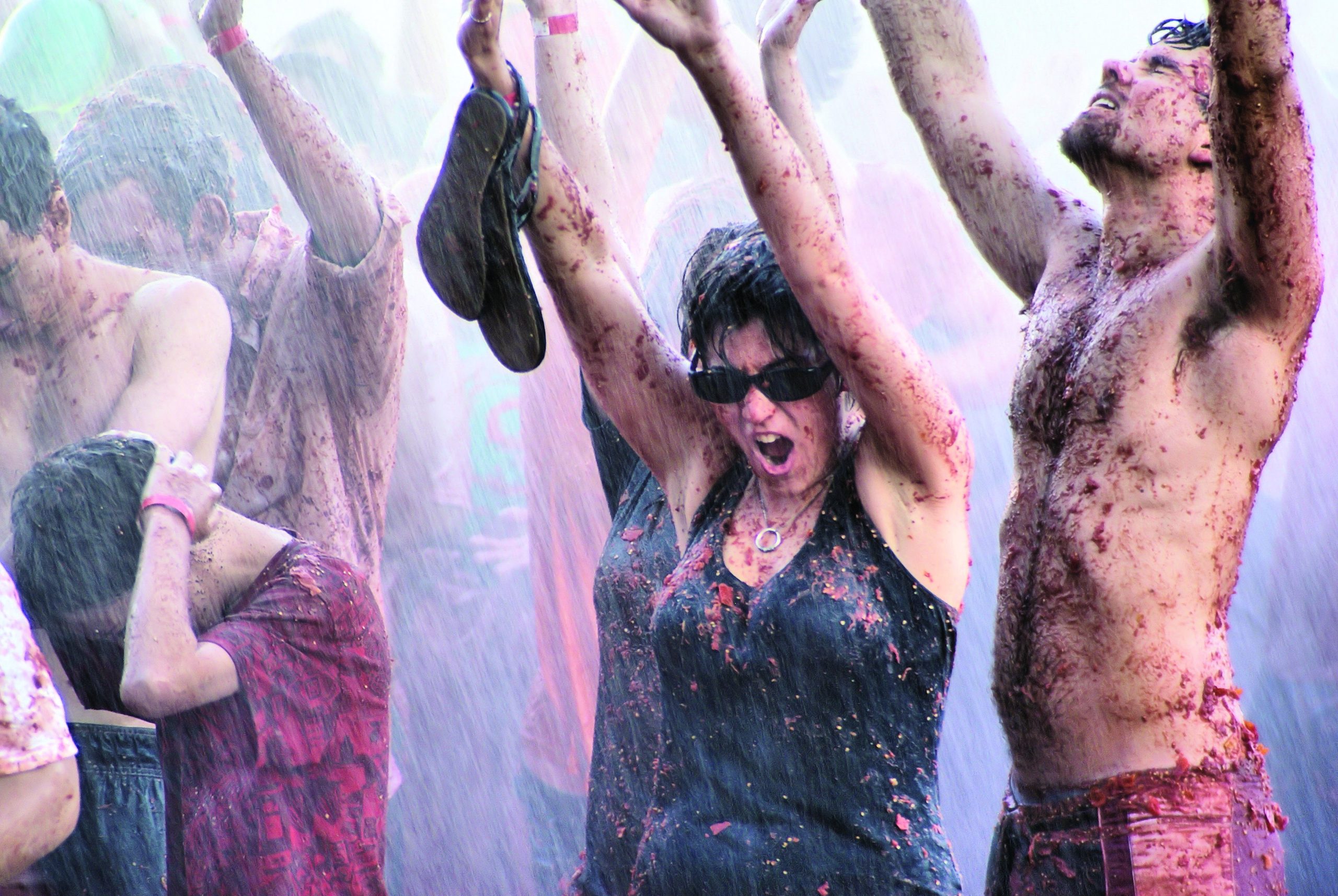 The Tiny Fern Forest Treehouse in Vermont is a cozy little hideaway you can rent on Airbnb. (Sebastian Barre, CC BY-NA-SC 2.0)

On the whole, more travelers are choosing to experience the world, rather than just seeing the sights. As this trend of immersive travel sweeps the tourism industry, companies are slowly developing historical and cultural experiences to keep up with the trend.

As millennials begin their early adulthood, Instagram, Facebook, and Twitter have exploded with pictures of far-off places, picturesque hikes in remote areas of the world, and international groups of friends. The Boston Consulting Group conducted a study that found millennials are 23% more likely to travel internationally than any older age group. But that isn’t the only new trend. On average, these travelers are looking for more of an adventure than just a quick picture at the Eiffel Tower or in front of the pyramids at Giza.

According to a TripAdvisor survey, 47% of travelers choose their destinations based on a desire to experience the culture. On average, millennials stay longer at their destinations, too—with the World Youth Student and Education Travel Confederation reporting that the average length of a visit had reached 58 days in 2012. They also noted that there’s been a trend away from major cities and sites and toward more and more remote locations.

All these changes led to the coining of the term “immersive tourism.” While the most immersive experiences involve rejecting the influence of travel companies and tourist attractions in favor of remote locations and interacting with natives, that hasn’t stopped companies and businesses from adjusting their approach. Reports, studies, articles, and books on how to make the perfect man-made cultural experience keep the tourism industry constantly looking at how to make sites into something a traveler can live—not just see.

Location Immersion
One company that thrives on immersion is Airbnb. The company was first launched in 2007 as a cheaper alternative to hotels and hostels. It offered the opportunity for people to earn money by offering travelers a place to sleep, and while the idea took several years to gain traction, the company is now worth over $25 billion.

Though cheaper accommodation remains a large draw for the company, another is the opportunity for travelers to interact one-on-one with people who live in the area and, as the website boasts, to “book unique homes and experience a city like a local.” Each host can make their own choice on what they offer, from a full, hotel-like apartment to space in the host’s guest bedroom, complete with breakfast with the family and a tour of the city.

In recent years, Airbnb has begun to offer holiday rentals in unusual venues. While some—like shipping-container apartments, treehouses, or covered wagons—are offered as spectacle locations, other venues can be educational. You can sleep in Afghan yurts, restored castles, Moroccan Kasbahs, or other culturally and historically significant venues.

Another significant company in this genre is Couchsurfing. The term “couch surfing” simply means staying temporarily in others’ apartments or houses, typically on the couch, and has existed for decades longer than the company itself. The company began in 2003, and offered a way to connect travelers with people who were willing to let them stay in their homes for free. Amid safety concerns, Couchsurfing managed to increase traveler and host safety by charging $25 to verify the identity of each of its users, keeping the detailed information on file in case of trouble. Users and hosts were later able to review each other, giving other users the chance to read the feedback and decide whether or not to host or stay with each person.

Until 2011, Couchsurfing was a nonprofit organization, making it different from companies like Airbnb because it was able to offer accommodation for free. In 2011, it announced $22 million in venture capital, officially becoming a corporate business. Today, there are two versions of the site, a free version and a “premium” version that offers an ad-free website, SMS and address verification, and search result priority.

Historic Immersion
Historic immersion is perhaps just a stretch from the regular brand of museum tourism. In some more location-based museums, you can walk right into a setting from the past. However, instead of merely allowing you to view artifacts from behind plastic or glass, intense tourist-based immersive experiences try to give you the reality of history with an emphasis on experience, rather than artifacts.

This type of tourism tends to lean toward the macabre, with many attractions also falling under the “dark tourism” genre. Some sites, like Pompeii, offer the experience of walking through the streets of the dead city with guidebooks and plaques to guide you through the tragedy that occurred. Others, like the series of attractions called The Dungeons, offer history with a twist.

Marketing itself as each city’s “history minus the boring bits,” The Dungeons are a combination of theme park, museum, and immersive experiences. It has locations in Amsterdam, Berlin, Blackpool, Edinburgh, Hamburg, London, San Francisco, and York, and it dramatizes the unique horror stories of each city’s history into live-action shows over the course of 90 minutes to an hour and a half. Professional actors become infamous historical figures while patrons explore the 4-D sets, sometimes even breaking into a run to escape the more murderous villains.

Likewise, European Union students trek to a former KGB prison in Vilnius, Lithuania, to better understand Europe in the time of Stalin. Students are rounded up by actors playing KGB guards and ushered into the Soviet gulag, where they learn basic Russian phrases. Over the next hours, they experience what it was like to live as a political prisoner, forced to labor in the nearby forest with the terrifying uncertainty of the guard’s moods.

Regular tourists can visit the Underground Museum of Socialism or join an immersive experience of their own, the 1984 Survival Drama. Like the student experience, patrons are met by guards with trained dogs, but the experience is much milder. You experience life as a citizen in the USSR, wearing threadbare coats, drowning in Soviet propaganda, attending a Soviet dance, and dining on food authentic to the times. If that seems too tame by comparison, fear not: citizens are regularly intimidated by the KGB and pulled into offices for involuntary searches and interrogations, and you’ll become very familiar with the feeling of a gas mask on your face.

Sites like these connect with traveler’s sense of mortality, as they need to come face-to-face with the reality that people die, sometimes without warning. Many of these sites and events exist as a tribute to the horrific things that happened there, keeping increasingly detached societies from forgetting what history has taught. At times, these places can often provide answers to those who wonder how because of fear, good people could be complicit or quiet in the face of such atrocities.

Cultural Immersion
Recent studies have also seen a shift in where money is spent. Instead of spending on material goods and souvenirs, travelers are spending more on experiences. The travel industry has responded, offering far more events and far larger festivals than ever before. Blueboard’s CEO, Taylor Smith, told CNBC his generation isn’t “spending our money on cars, TVs and watches. We’re renting scooters and touring Vietnam, rocking out at music festivals, or hiking Machu Picchu.”

Some of the most popular festivals, like Oktoberfest, Mardi Gras, and Coachella, are considered the embodiment of their respective niche cultures and have spawned legions of smaller, copycat festivals.

These experiences are different because they tend to be more specialized. As they try to fit the experience of a country or a culture into a few short hours, certain aspects sometimes are given a festival of their own. For example, in Thailand, monkeys are a huge part of the culture, as they wander the country freely and in huge numbers. Every year, the Monkey Buffet Festival is held in Lopburi, where monkeys consume over 8,800 pounds of food as festival-goers dance, sing, and use costumes and art to celebrate.

If you travel because you want to experience, then you’re already halfway through the transition from tourist to traveler. Plan your trip around attractions that will change your perspective on life, rather than just those that’ll look good on Instagram. A superficial search of “things to do in a foreign city” will still take you to the most popular tourist attractions, but if you dig a little deeper and search off the beaten path, you can find some gems.

Holi Festival: While this festival has spawned branches all over the world, the original source is India, where patrons gather to dance and cover each other in colored chalk. If you’re a social media junkie, this might just be the most photogenic festival yet!

Chiang Mai Festival of Lights: This Thai festival is especially good for those who love the lantern scene in Disney’s Tangled. Thousands of twinkling lights celebrate ancient gods, and depending on which place in Thailand you go, you will see them float through the sky or down the river.

Sapporo Snow Festival: In Japan, you can find snow and ice sculptures as far as the eye can see during this festival. Some of the world’s best sculptors spend outrageous amounts of time carving detail into their art. Visit at night to see the creations lit up and in their full glory.

La Tomatina: A festival in Bunol, Spain, where tens of thousands of people participate in the “world’s biggest food fight,” throwing tons of tomatoes at each other throughout the streets of the city.