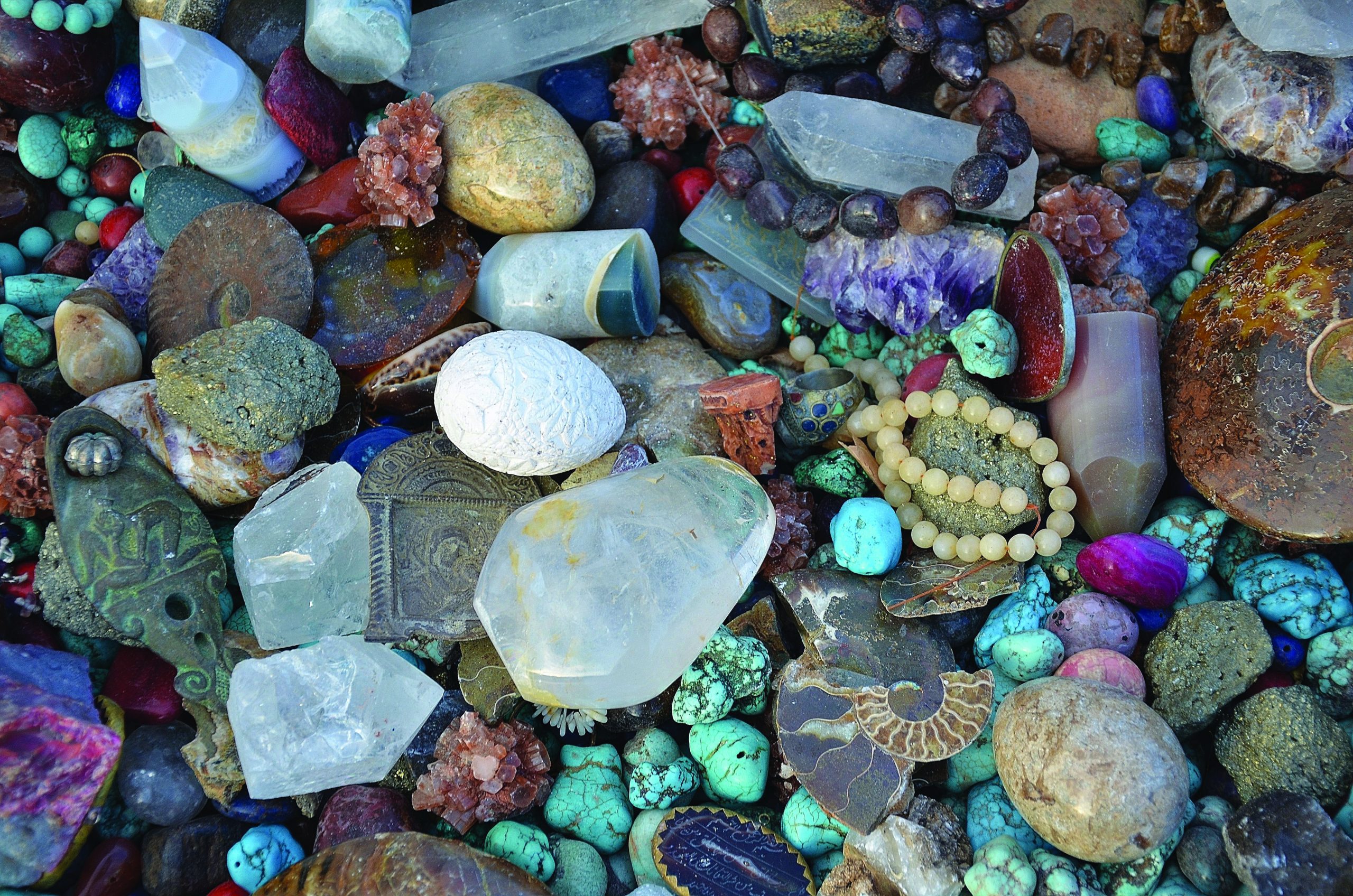 Everything was so shiny and glittery in the florescent light, each display holding hundreds of varieties of gems and rocks, many of which I could not name. One table had rows and rows of tubs, each filled with water and thin slabs of stone. Later I learned that vendors did this to show the buyer what the rocks would look like once polished.

Near the back of the room I was looking at a display of large gemstones when a little girl loudly exclaimed to her mother, “I want that one!” pointing at a three-foot amethyst. My date and I chuckled; the poor girl didn’t realize how costly that gem was. However, her enthusiasm matched my own; it was almost magical to be in a place with so many beautiful things.

I learned about the event from a geologist friend, who then directed me to the website rockandmineralshows.com. Similar shows happen all over the United States, hosted by the Rock Clubs in the area. The Timpanogos Gem and Mineral Society sponsored the show at the Spanish Fork Fairgrounds, which consisted of vendors from around the world to sell their gems, jewelry, fossils, and tools. Not all of the gems are large and unreasonably priced like the towering amethyst. Mostly everything at the show ranged from two to fifty dollars. As a first-time visitor, I wished that someone had told me to prepare for the event—such as bringing cash and knowing what gem I wanted.

Even though this is the twenty-first century, not everyone has a credit card reader. This show requires cash-in-hand, just like Farmer’s Markets and Fairs. I was lucky to find ATMs at the event so I was able to get some money out of my account. However it would have saved me some embarrassment to be prepared ahead of time.

My biggest concern was deciding what kind of gemstone I really wanted. Would my brother like coprolite or an agate? My little sister really likes pink rocks and there were at least eleven different kinds of stones that matched that description. If I had decided ahead of time then I would have been able to compare prices in the show to prices online. I discussed my options with my date, who knew the names and histories of most of the rocks. For example coprolite is fossilized dinosaur feces—my little brother would love learning more about that—and agate is made of a variety of silica. After talking to him and a few of the vendors, I decided to get a coprolite and a pink quartz necklace.

Despite these minor setbacks, I was enchanted by the glittering displays! Each rock, gem, crystal, and fossil had its own history behind it and it was amazing that they had survived so long. I look forward to the next Rock and Gem Show that comes to town, and next time I’ll be prepared so I can fully appreciate the experience.