How to Get Cheap Tickets to a Broadway Show 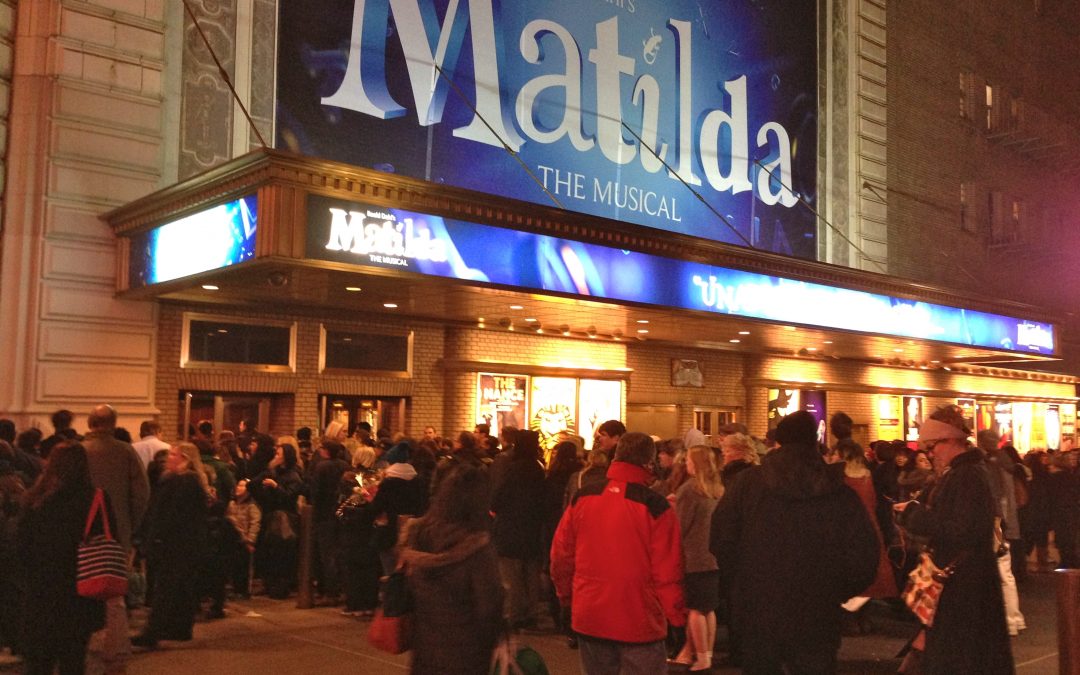 Broadway is a fantasy for any lover of the performing arts. Heck, even people who don’t care much for musicals probably have “see a show on Broadway” somewhere on their bucket list. But when it comes to purchasing tickets, a lot of us might opt instead for a stroll through Central Park and a street hot dog. Just think: you could buy a hundred hot dogs and still spend less than what that Broadway ticket would have cost.

But it’s time to put down the hot dog and let yourself imagine an elaborate stage set and dimming house lights. For under $40, you can get into the Broadway show of your choice.

After receiving a tip about rush tickets from a friend, my husband and I decided to try it when we were in New York City for a few days. After agreeing on a show—we chose Matilda: the Musical—we went to the box office to ask about rush tickets. These are tickets for seats that have an obstructed view, such as a column or the sides of the stage itself. The clerk told us that they had 20 tickets for $32 each, which they would sell when the box office opened at 10 a.m. the next day (Saturday). He suggested we get there around 8 a.m. to get a good spot in line, because each person in line was allowed to buy two tickets.

So we needed to be one of the first 10 people in line. The next morning, we took a bus from the Jersey side of the river and got off in a terminal just a few blocks from Shubert Theater. We arrived at about 7:30 a.m. and there were only two other people there; we were safe! Over the next two hours, several groups joined the line. Although the wait was long and chilly (it was December), we just couldn’t believe that we were about to get tickets to a Broadway show.

At 10 a.m. sharp, the office opened and we filed in. We got tickets for ourselves and for my parents. The tickets came in pairs so we were able to sit with each other. Jeff and I were only four rows from the stage on the far right side. Although there was a small part of the stage blocked from our view, our proximity to the stage completely made up for it. We had an incredible experience; the show was amazing and it was definitely the highlight of our trip.

So don’t let the price stop you. With a little extra planning, you can experience the fantasy and have plenty of change left over to buy a few hot dogs.