The Shikoku Pilgrimage: A Traveler’s Guide 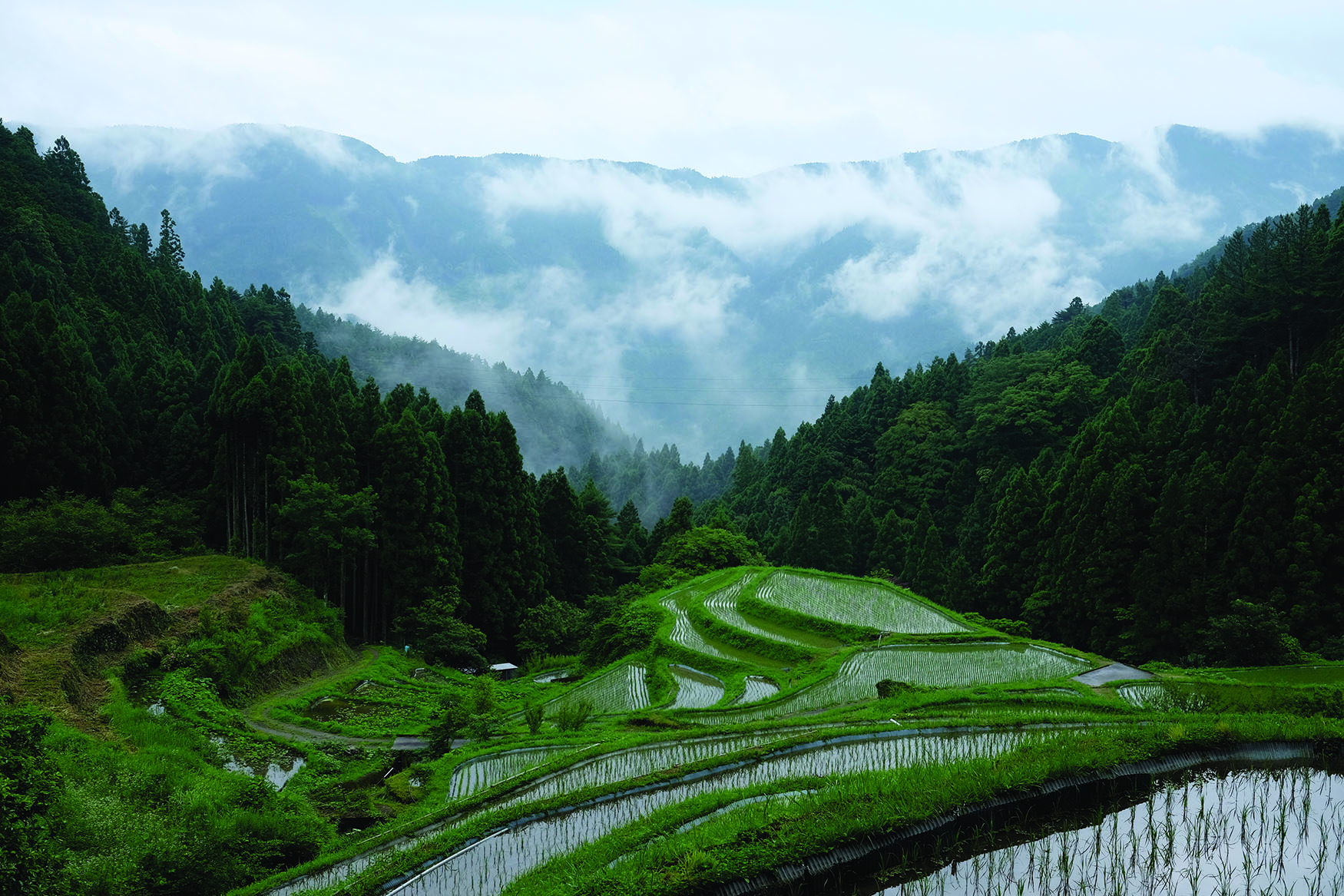 A gentle brook bristles in the distance, and the soft plodding of travelers’ feet on damp moss fills the hush of the Japanese forest. Travelers dressed in white pack up their tents, and you join them as they shoulder their belongings and begin their journey. A dirt path winds along a crest overlooking miles of cascading rice fields. A bridge marked with mysterious symbols hangs over a dry riverbed with broken boulders like abandoned shrines. Finally, a stark red gate stands out among the overgrown green, signaling the entrance to an ancient temple.

This is the Shikoku Pilgrimage.

A Pilgrimage with Purpose

The Shikoku Pilgrimage (or Shikoku Henro) is an invitation to live—at least for a short time—an ascetic lifestyle. The trail, which has no required beginning or end, leads travelers across the Japanese landscape as they visit 88 Buddhist temples to complete their pilgrimage. While the goal is to visit all of the temples, the true intention of the pilgrimage is to inspire spiritual reflection and meditation.

The pilgrimage follows in the literal footsteps of Kōbō Daishi, a venerated pioneer of Buddhist teachings. At a young age he decided to forego his rightful position as emperor and return to Shikoku where he would travel as a sort of nomadic priest, traversing the mountains and spreading his teachings through his example and service. The temples of the Shikoku Pilgrimage were either built or consecrated by Kōbō Daishi himself and his work made Buddhism and its practices accessible for the common people. While the long trail around the island challenges travelers physically, the temples that string the trail together allow travelers to pause, reflect on their journey, and connect with the spirituality within them.

Though the pilgrimage is founded on Buddhist teachings, people of all faiths are drawn to Shikoku in search of a spiritual awakening in the Japanese wilderness. The four prefectures of the island itself each have their own spiritual theme: awakening, ascetic training, enlightenment, and nirvana. These are the foundational principles of the pilgrim’s journey towards spiritual ascension and represent a cycle of learning which, thanks to Kōbō Daishi, all can experience.

Pilgrims who set out to visit all 88 temples are called henro, which translates to “pilgrim.” Henro wear a special garb consisting of a white robe, a straw hat, and a staff, which indicates that they are on a spiritual, ascetic journey. The staff is meant to represent Kōbō Daishi, which suggests that he walks alongside every pilgrim that travels across Shikoku. Washing the base of the staff, which many hotel workers will do for weary travelers, is akin to washing the feet of Kōbō Daishi himself.

The traditional and encouraged method of travel is by foot, which takes between 30 to 60 days to complete depending on your speed. Some choose to travel by bus or car, especially if they are elderly or have medical disabilities. However, large groups of tourists with polaroids who come piling out of buses are often met with sideways glances.

While the trail between temples winds through thickly forested areas and coastal settings, travelers may often find themselves in urban settings. Foreigners should be prepared with at least a basic understanding of Japanese if they plan on finding lodging, eating at restaurants, or meeting locals. Natives of Shikoku are generally very hospitable to henro passing through and it isn’t uncommon to make friends with other travellers on the trail.

While there is plenty of lodging along the main route, frugal travelers will often camp along the trail. Finding a campsite isn’t difficult, but it’s important to be prepared for monsoon weather, invasive creatures (like centipedes and snakes), and cold nights. Along the main trail are also many small huts or shelters that were built specifically for henro to sleep or rest before moving on.

Photos provided by David Gilbert. His photobook can be purchased online at henro.co/

These are the cathedrals of the ancient Japanese world. Many of the temples are tucked away in bamboo forests, perched on some of the highest elevated peaks on the island, or rest peacefully beside streams and rivers. The temples found along the Shikoku Pilgrimage may not be as elaborate or ornate as others found in Japan, but the modesty of the architecture invites visitors to unburden themselves of earthly attachments and find spirituality in simplicity.

While each temple is unique, the rituals performed at each temple are generally the same. Visitors begin by passing through the Niōmon gate which is considered a passage from the physical to the spiritual realm. These gates are often painted a brilliant red and are highly decorated. Many Niōmon gates even have deities (called Niō guardians) which are said to protect the temple.

Once inside the temple, visitors wash their hands and mouth as part of a ritual called misugi, which represents a cleansing of the mind and body. They then proceed to an altar with a statue of Kōbō Daishi where many pray to seek enlightenment or in memory of a lost loved one. Finally, visitors recite the Heart Sutra, a short scriptural text regarding impermanence and disconnecting oneself from burdens and suffering. Reciting the text out loud is meant to help the meaning absord into the subconscious and the soul.

Once finished with the ritual, visitors go to the stamp office, called the Nōkyōsho. Each henro has a stamp book that catalogues their journey from temple to temple in ornate calligraphy stamps. Each stamp is unique to that temple and a completed stamp book is evidence of having visited all 88 temples and completing the Shikoku Pilgrimage.

A Journey to Remember

The Shikoku Pilgrimage is all-immersive; it’s physically exhausting, spiritually invigorating, and culturally rich. Of course, there are ways to do the pilgrimage with comforts or as a sightseeing tour. But for many, shutting out the noise, leaving cell phones behind, and connecting with a mysterious, foreign land on a deep spiritual level is exactly the vacation they need.

Who knows, this time next year you might find yourself stumbling upon an ancient temple in a Japanese forest.