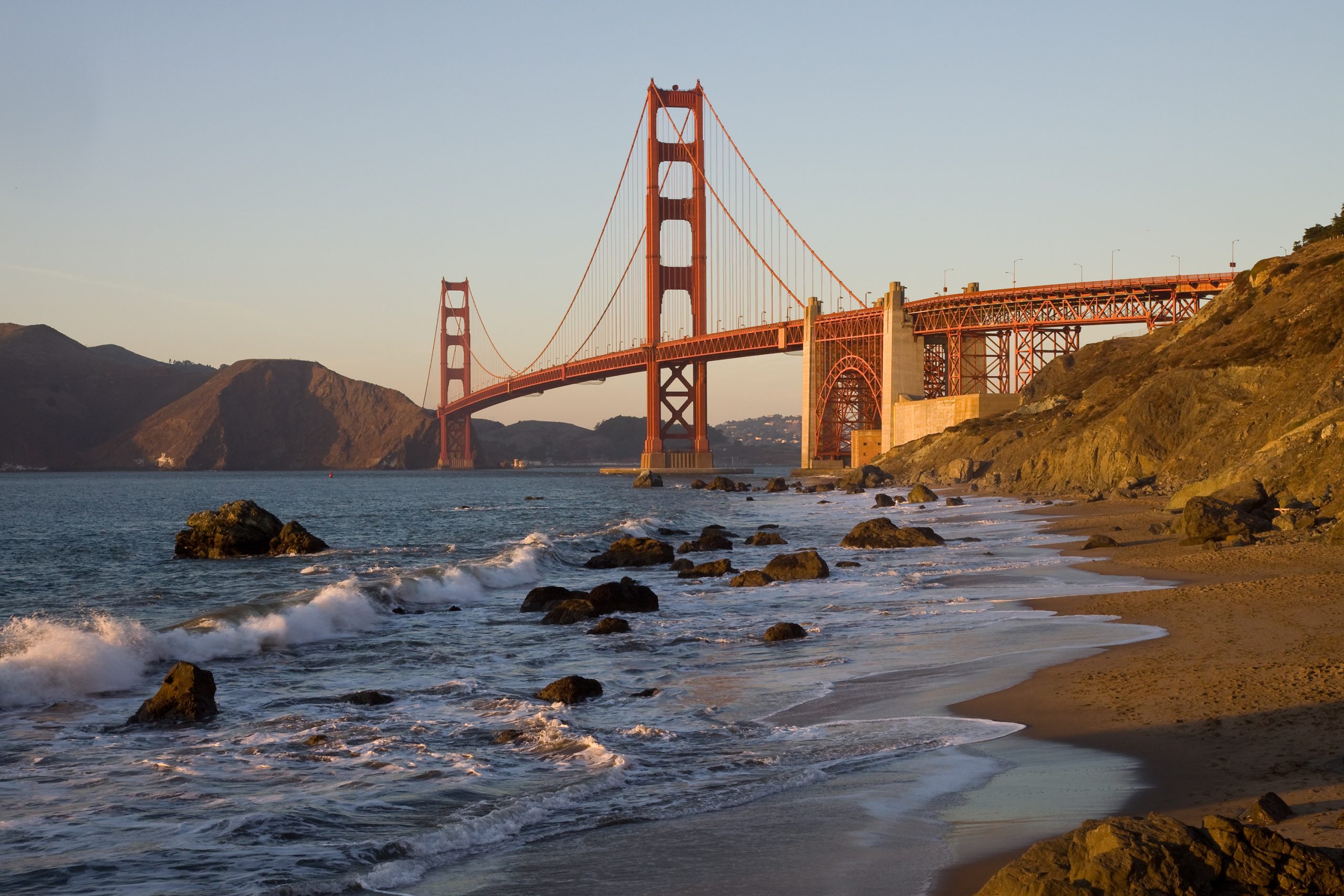 The Princess Diaries was every girl’s dream in the early 2000s. The witty Garry Marshall film is about a girl who discovers she’s a princess, gets a makeover, and falls in love. Perfect plot. Perfect Anne Hathaway and Julie Andrews duo. Perfectly quotable movie.  And, it’s set (and filmed, mostly) in the beautiful city of San Francisco, California.  Here are four locations you can visit that are featured in the movie.

This vintage arcade is on Pier 45 of Fisherman’s Wharf. It’s got a great view of the San Francisco bay and Alcatraz. Yes, you can arm wrestle with the luchador just like Julie Andrews in The Princess Diaries. And yes, it’s harder than it looks. All the games are cheap and a little creepy, but it’s all part of the experience.  You just need a corndog and a ride in a classic Mustang to complete the royal day off.

This beach is one of the best places to see the Golden Gate Bridge, especially on a clear day. Remember the school Baker Beach Bash in the movie, featuring a Mandy Moore musical performance? No guarantees this beach is where it was filmed, but it’s where it was supposed to be. That counts, right? Part of the beach is, um, clothing optional, so just steer clear of that area.

The building used for the exterior of Grove High School is actually a mansion near the beautiful, eclectic Presidio neighborhood.  You can’t go inside, but you can view the outside and wish you were at the coolest school around.

Yep, people actually live in Mia’s super cool firehouse-turned-artist-haven. In 2014 it was up for sale for a steal of $2.275 million. So, if you want, cough up the cash and you too could slide down that awesome firehouse pole or try your hand at throwing darts at paint-filled balloons in your new digs.