9 Dungeons You Want to be Trapped in 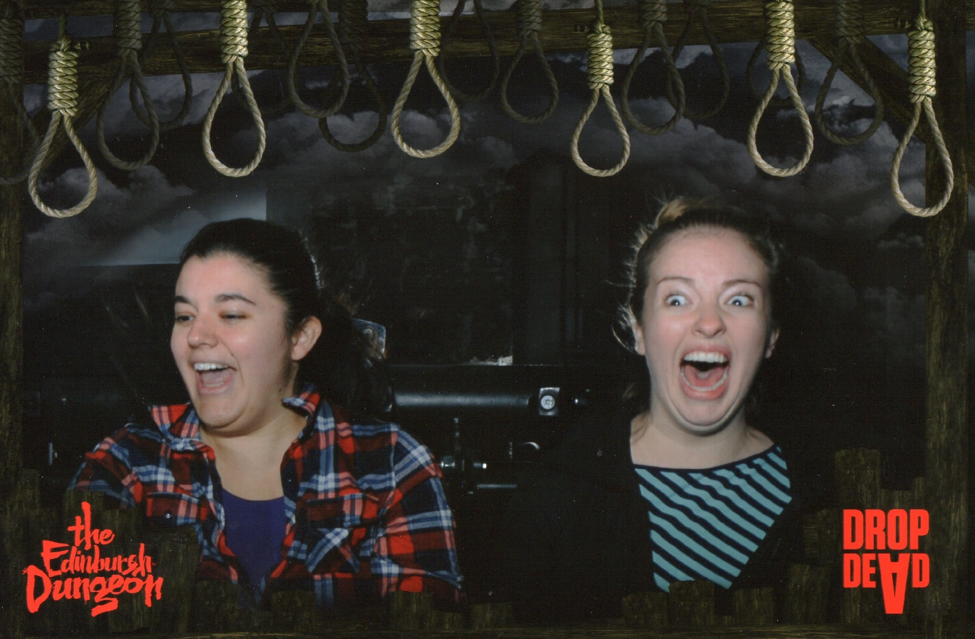 Calling all lovers of the historic and horrific: get your bucket lists out right now.

The Dungeons are a series of nine international attractions that combine the thrills of a scary theme park, the humor of a world-class live-action show, and the charm of each city’s unique history. Each dungeon is comprised of a series of large rooms and sets that depict scenes from the city’s deepest, darkest historical secrets. Patrons stand in front of a judge and are accused of various crimes, then sentenced to the dungeons. Inside, they’re introduced to actors portraying terrifying figures from history. The prisoners are locked in, released, and sometimes even chased from room to room. If they can escape, they might just make it home…

London’s dungeon has 19 different live-action shows, covering a “110-minute journey through 1,000 years of London’s murky past.” You’ll ride a boat to the Tower, as Henry VIII has sentenced you to imprisonment for your traitorous acts. You’ll meet Guy Fawkes, an infamous man who many only know because of his starring role in the viral Temple Run app. You’ll see if you can survive the plague, and if you make it, you’ll find yourself fleeing the Great Fire of London. Of course, no London tour would be complete without introductions to Sweeny Todd and Jack the Ripper.

Among the shows in the Blackpool Dungeon, you’ll find yourself in the middle of the War of the Roses. You’ll be recruited by the pirate Captain Johnson to become a smuggler, and you’ll explore Pendle Forest whilst avoiding its witches. The darkest of times and tales will be revealed in the Dark Chapel. And if you’re lucky enough to not be chosen by the dungeon’s torturer, you’ll get to watch his victim squirm.

Edinburgh will introduce you to the dynamic duo of Burke and Hare, two men who used to kill patrons of their hotel and sell their bodies to local doctors to experiment on. You’ll visit the street of sorrows and meet Half-Hangit Maggie Dickson. And you’ll love the terrifying story of the family of cannibals that lived in the area and killed hundreds of people. The kids are terrifying, but just wait until Daddy gets home…

The Warwick Castle takes you back to 1345, where you can experience the English midlands at its worst. Avoid the cook; you can’t be sure what exactly he’s putting in the food. And the dungeon boasts its newest room: “The Witches of Warwick, where the morbid history of Moll Bloxham, an accused witch in the 1700s, is retold.” They then warn, “Beware of the waiting terror when the lights go out.”

Under the thumb of the Vikings, you’ll have to “prove your worth” when you enter the dungeon and end up in Eoforwic. Shortly afterward, you’ll find yourself running from the Viking invasion. In order to escape the Houses of Parliament before they get blown up, you’ll have to navigate a tricky labyrinth. And if you’re held up, don’t worry. It’s just Dick Turpin.

Get a front row seat to a classic witch burning in Amsterdam, but don’t show any fear—the actors love to prey on the weak ones. Heed the warnings of the bartender or you’ll find yourself on a Batavia ship with a possibly insane ship doctor. You’ll stumble across the body of notorious criminal John Black and stand on trial in front of the Spanish Inquisition.

If you’re not sure what the Slaughter of Berlin is, buckle up, because you’re about to figure it out. Get lost in Berlin’s lost catacombs and watch your back during the 1848 revolution. If you don’t believe in ghosts, you may change your mind after an encounter with the White Woman. Explore the old library of a dingy monastery with the questionable Father Roderich, and be prepared for a small shower on the ferry ride across the river Spree.

Come face to face with the Inquisition, and avoid a cringe when you meet “headless” pirate Klaus Störtebeker. Explore another labyrinth and outrun a German strain of the plague. You’ll also meet Maria Katharina Wächtler, a woman accused of murdering, dismembering, and hiding pieces of her husband. You might have a different picture of the press after you see what they did to her.

“From the Gold Rush to Alcatraz,” you’ll experience California in the Dungeon’s first and only American location. In your hurry to beat others to the gold in 1949, you’ll have to turn tail and run even faster to escape Sutter’s Mill before the dynamite blows. America wasn’t exempt from its bouts of the plague, either, but you’ll see it through the eyes of the citizens of Chinatown.

Each of the dungeons ends in a heart-stopping execution scene: your execution. You’ll be strapped in and dropped to your death. But hey, one perk of the afterlife is the chance to buy photos of your last moments of life.