Ocracoke: Get Off the Mainland 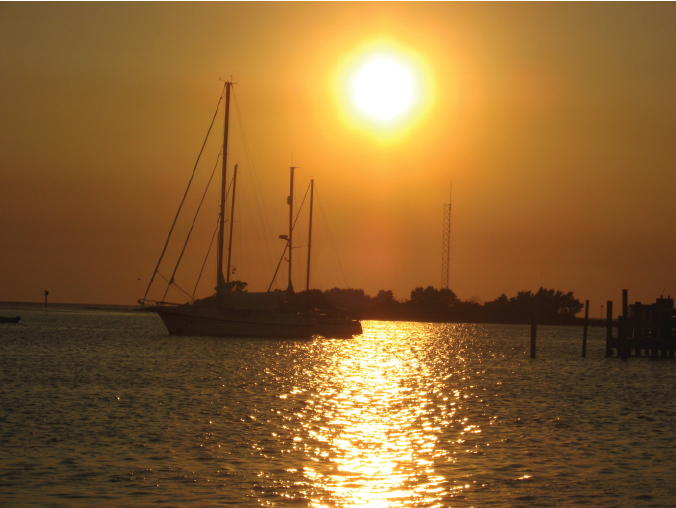 The adventure begins as you travel to the island, which sits off the coast of North Carolina as part of the Outer Banks. The island, which is less than ten square miles, is only accessible by ferry and air. The ferry ride gives visitors their first look at the wildlife of the region. Visitors can’t miss the gulls following the ferry, hoping for a handout, but the unobservant might miss the show sometimes put on by the bottle-nosed dolphins.

If the dolphins aren’t in the performing mood, pull out your exotic bird bingo because over 400 species of birds have been spotted on Ocracoke. Not into the ornithology scene? The wild pony herd is a good alternative.

The horses are currently cared for by the National Park Service. No one quite knows the history of the Ocracoke horses. The most popular theory is that they are descended from mustangs thrown overboard by Spanish sailors in the sixteenth or seventeenth century. One thing is for sure—there is no horse like an Ocracoke horse. They even have a different number of vertebrae than a typical horse!

Teach Me about Pirates

Thinking about those Ocracoke horses may get history buffs hungry for more; luckily, Ocracoke is a feast of historical sites.

Ever heard of Edward Teach? Probably not. How about Blackbeard the Pirate? Ocracoke was one of Blackbeard’s seasonal hideouts. It’s a perfect location for pirating unsuspecting merchants, and the views aren’t bad either.

But the idyllic life of a pirate couldn’t last forever. Blackbeard’s last battle with the British Royal Navy ended in his death at what is now known as Teach’s Hole, which is just off the shore of Springer’s Point in the Pamlico Sound. The story goes that the island got its unique name from Blackbeard praying, “O Crow Cock, Crow!” the night before the deadly battle. Check out Ocracoke’s Springer’s Point Preserve and walk the terrain favored by one of history’s most infamous buccaneers.

Learning about swashbucklers and exploring 16 miles of pristine, wild beaches works up an appetite. Nothing beats the hand-caught seafood of Ocracoke. Located on the harbour, the fish house is the last of its kind. Here watermen—clammers, oystermen, and fishermen—come and sell their catch. These waterman care beyond just selling seafood. They are eager to teach the public about Ocracoke’s 300-year-old maritime culture. Listen for that distinctive Ocracoke brogue.

Get away from it all. Head to the island with one grocery store, one gas station, and limitless places to explore.