Wayfinding: Sailing the World Without Instruments 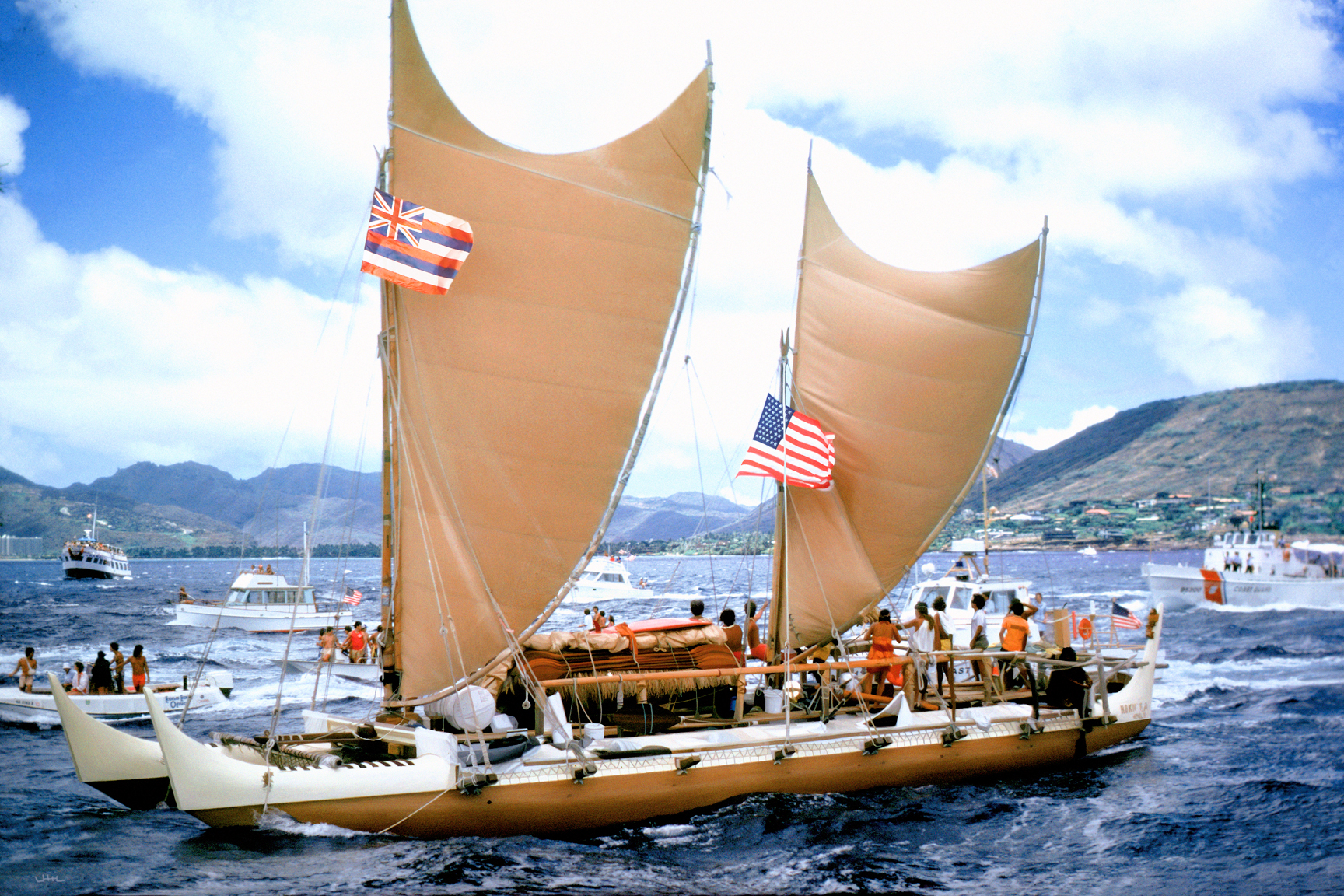 In the recent Disney hit Moana, the young female protagonist leaves her island home to follow the stars, which will help her find and enlist the demigod Maui to confront dark forces that have begun to choke all life in the ocean. The story is a newly-minted legend that is based on a historical mystery. Scholars suggest that the western Polynesian islands were settled 3,500 years ago, while central and eastern Polynesian islands were not settled until some 2,000 years later. This 2,000-year period is sometimes referred to as “The Long Pause,” in which voyaging halted. Once voyaging started up again, however, the rest of Polynesia—over 1,000 islands distributed over approximately 20 million square miles—were settled.

In the movie, Moana learns the techniques of wayfinding, the principles of using nature as a transoceanic navigational tool. In the end, she returns to her people and starts a new era of voyaging, and her village is shown sailing away from their island in double-hull canoes to discover new islands using the techniques Moana learned from the demigod Maui.

Indeed, ancient Polynesians did navigate the oceans using the stars, the sun, and the movement of the ocean, clouds, and moon. For many years, how they did so was another great mystery. Ancient wayfarers were said to pass on navigational techniques orally; they used no maps, sextants, or engineering graph paper to chart their courses and travel thousands of miles of open ocean to hit islands, many of which were less than 20 miles across. Until 1976, some scholars suggested that intentional navigation of such distances was impossible without more “sophisticated” navigational techniques.

Then the Polynesian Voyaging Society was formed with the mission of reviving traditional wayfinding techniques and challenging the “accidental settlement” hypothesis. The double-hull canoe Hōkūle‘a set off from Maui on May 1, 1976. Aboard was a classically taught navigator, Mau Pialug.

Mau Pialug was born in Micronesia and selected by his grandfather to study to become a traditional wayfinder. His training began in infancy as he was placed in tidepools to begin learning how to feel the pull of the ocean. From the age of five, he began learning the several hundred stars, the various cloud formations, the bird migratory patterns, and the tidal and wave patterns necessary to navigate the oceans without instruments.

With Mau’s expertise, the Hōkūle‘a reached Tahiti on June 4, 34 days after leaving Maui. The journey of nearly 2,700 miles provided evidence that oceanic travel without instruments was possible. The success of the Hōkūle‘a ignited interest in wayfaring culture and techniques. In the 40 years since, the Polynesian Voyaging Society has grown into a great educational and archaeological enterprise that continues to preserve, transmit, and practice the ancient principles of wayfinding.