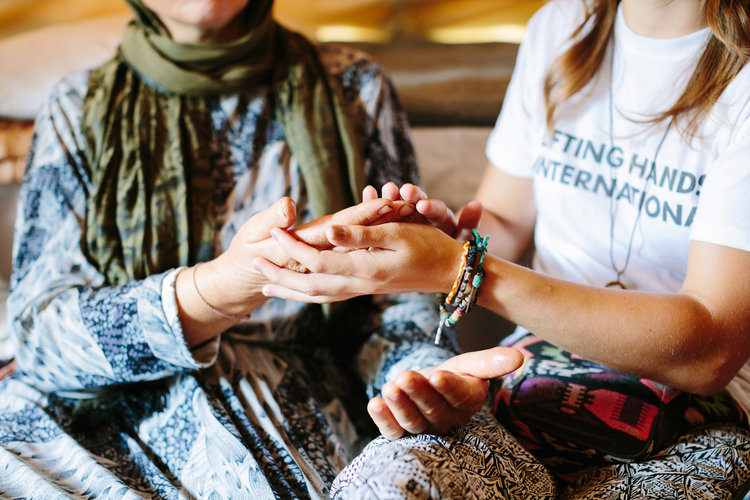 We have all heard or seen news of the Syrian Refugee Crisis—it’s hard to escape the knowledge of the approximately 5 million Syrians who have been forced to flee their homeland and find refuge among other countries of the world. Since the crisis began in 2011, it has escalated to become one of the worst in recent history. Fortunately, the crisis has also brought out the best in humanity. People around the world have risen up to bring aid and comfort to these displaced Syrians.

However, the crisis is far from over. The struggle of refugees does not end once they escape their country and receive refuge—they have to rebuild their entire lives in nations and cultures that are alien to their own. Although we know and acknowledge that refugees need help, it can be difficult to know how to give them practical aid. Donations are always needed, but is donating really all you can do?

This question has many answers, but ultimately there is much more to do. Fortunately, there are many local and international organizations that need the volunteered help of people to sufficiently administer to refugees. Syrians have fled to many surrounding countries across Asia and Europe, but are more and more frequently finding refuge in America, as well. For example, over 1,000 refugees, including many Syrian refugees, come to Utah each year. Every refugee who settles in America has to learn a new culture, to speak a new language, to live a new life.

The following organizations are lesser-known entities located in Utah and Arizona that are focused on helping these travelers find a home and build a life within the foreignness of their displacement.

(Note: While the emphasis of this article is on volunteer work, donating is still a necessary help in the efforts to give refugees better living conditions. All the following organizations gladly accept and use donations. Also, while these organizations are specific to the western United States, many similar institutions exist in all areas of the world.)

Lifting Hands International (LHI) is a service organization dedicated to bringing aid to refugees both locally and internationally. Created in January 2016, LHI is based in Phoenix, Arizona. The program was founded by Hayley Smith, who after a volunteering trip in Greece felt moved to do something more for the refugee effort.

LHI balances its efforts between bringing supplies to refugees in Greece and aiding refugees who are relocating in Arizona. Smith, along with other volunteers, takes regular trips to the Serres Refugee Camp in Greece to administer much-needed services and supplies. LHI’s volunteers also teach the refugees there, giving lessons on topics from English to yoga. In Arizona, LHI works to make refugees’ transitions into the United States easier. For example, the program distributes furniture to the large number of Syrian families settling in the Phoenix area.

As a young humanitarian organization, LHI depends on the aid and time of other people. Their operations in Arizona constantly require volunteers, especially in transporting furniture and collecting goods. Also, depending on desired skills of potential volunteers, LHI gladly welcomes volunteers to join them in their trips to Greece.

Project Read is a community organization located in Provo, Utah. Founded in 1984, the project strives to provide English language skills to adults who have moved to the area from other, non–English speaking countries.

Although not specific to the refugee crisis, Project Read can help immigrants to assimilate into their new surroundings by providing language tutoring for English-illiterate adults. Based at the public library in Provo, the project pairs each adult with a private tutor for six months, allowing the student to receive the language skills necessary to thrive in their new environment.

Project Read, as well as similar projects across the country, is always in need of tutors willing to dedicate their time and skills to teaching their students. Teaching experience is not necessary, though tutors will go through a required training session. The project prefers that volunteer tutors commit to six months with the program.

Women of the World

Women of the World (WoW) is a nonprofit organization based in Utah. Founded by Samira Harnish in 2009, WoW focuses on aiding the women of Utah’s refugee population. Women (combined with children and youths) constitute the large majority of refugees and often face the worst and most harrowing violence in such crises. Moreover, women often do not receive the adequate aid required to successfully relocate in foreign areas.

To ease the struggles of refugees and to combat gender inequality, WoW strives to bring women every opportunity to live successful lives. Like Project Read, WoW provides language classes for those who cannot speak English. But more importantly, the organization teaches women the skills needed to become active members of their new society, including lessons in leadership, business, and technical skills. Through WoW, displaced women are given hope of a life after disaster.

WoW is continually looking for volunteers to help their cause for women refugees. They need volunteers to work in several capacities, including the actual teaching of the women and working with the organization’s administrative staff. Volunteers can work for various lengths of time and in various places—single sessions, full-time, and even online.