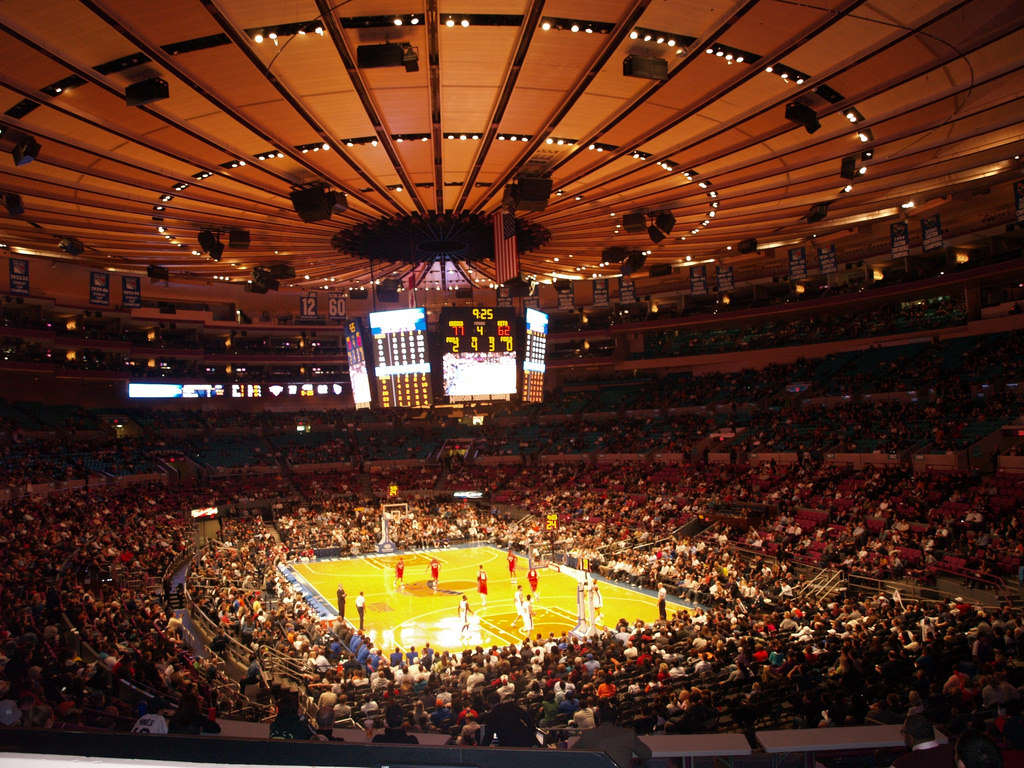 The United States is home to some of the most historic sports venues in history. And if you’re willing to spend some time (okay, a lot of time) in the car, then this might be the road trip for you!

You’ll start in sunny Pasadena, California. The Rose Bowl, which is the current home of the UCLA Bruins football team, is one of America’s most historic football stadiums. It has hosted five Super Bowls, which is the second most of any venue! It has also housed several incredible soccer matchups for both the Olympics and FIFA. It was built 95 years ago, making it one of the oldest venues in America.

Now, you could opt to fly this next leg to Chicago, Illinois. If driving all that way seems a bit much, then flying could save time and money. (Bonus: If you do drive, you could stop at historic Mile High Stadium in Denver on your way!) This next stop is Wrigley Field, the home of the Chicago Cubs. It’s over 100 years old and still standing strong! This classic ballpark is known for its vintage-style scoreboard and beautiful ivy-covered brick wall. Any sports fan would love to see Wrigley Field.

After you leave Chicago, head south to Indianapolis, Indiana. (Bonus: If you go a little out of your way, you can stop in South Bend and see Notre Dame Stadium!) Even if you’re not a NASCAR fan, you’ll still love to see the original racetrack of America: the Indianapolis Motor Speedway. This gigantic venue, which can seat up to 400,000 people, is the highest-capacity sports venue in the world! It is home of the Indianapolis 500 and the Brickyard 400. This venue cements its status as one of the most historic in America, and it is a must-see on this road trip.

From Indy, you’ll head a bit further south to Louisville, Kentucky. This city has a rich history of sports, but its jewel is Churchill Downs, home to one of the most famous horseraces: the Kentucky Derby. This venue opened in 1875, and it has also played host to the renowned Breeders’ Cup several times. It is slated to host the Cup again in 2018. Churchill Downs has an incredible museum that chronicles the great horses that have graced its turf, such as Secretariat and War Admiral. It is one of the great venues in America and definitely worth a stop on this trip.

Leaving Kentucky, you’ll then travel to New York. Again, you can opt to fly this leg of the trip, but driving will give you a chance to stop at great venues in Ohio and Pennsylvania. Once you reach New York, though, you must stop at Madison Square Garden in Manhattan. When the old Yankee Stadium was demolished, MSG became the oldest operating sports venue in New York City. Its history is filled with incredible moments, from the golden days of the Knicks to some incredible boxing matches. It also functions as a hockey rink, concert hall, and venue for the Westminster  Kennel Club Dog Show each year. It is easily the most historic basketball arena in the country, and it is one of the most diverse venues in the country.

Your final stop on this trip is Fenway Park in Boston, Massachusetts. When Yankee Stadium was torn down for the new venue, Fenway Park became the oldest ballpark in the MLB—it is over 100 years old. It is home to the Boston Red Sox, who have been World Series Champions five times. If you’re looking for a vintage baseball feel, Fenway Park is the perfect place. Though it has been expanded several times, it remains one of the best-known venues in the world.

And there you have it! You’ll travel from sea to shining sea on this trip, and you’ll see the rich sports history that stretches across America. While there are other venues you’ll need to see in your life, these six are the essentials.

Check out a Google map of the route here.