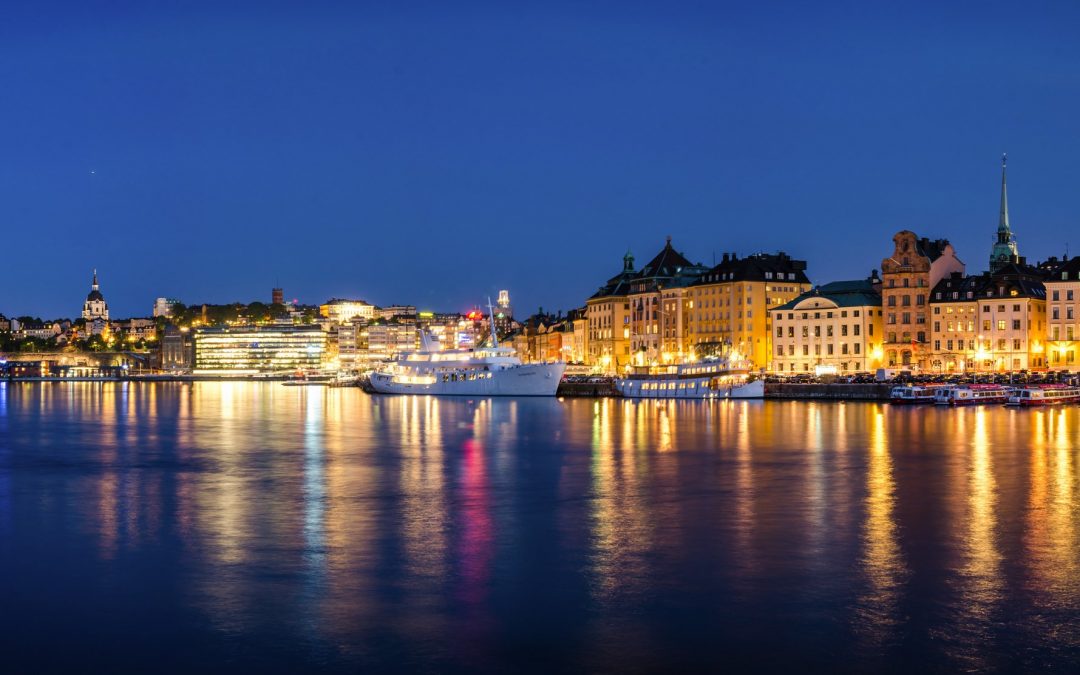 My grandpa is Swedish; my grandma, English. Whenever his wife would start reminiscing about the glories of the motherland, my Papa, a lifelong chemist, would always reply, “But you’ll never meet an English inventor. Bunch of druids. The Swedes invent things.” Whether or not you’ll ever meet an English inventor, the Swedes are known for their pioneering spirit–just look at Anders Celcius, who invented the 100 point temperature scale, or Alfred Nobel, who invented dynamite and founded the prizes named after him. In particular, Sweden’s capital city, Stockholm, is a thriving hub where Swedish ingenuity is housed.

Red carpet. Flashing cameras. Designer dresses and white ties. Did the Academy Awards come to mind? Think instead to Stockholm, not Hollywood. Every year on December 10, people across the world flock to this seaside town to celebrate the anniversary of Alfred Nobel’s death by awarding a little something called the Nobel Prize.

Despite average temperatures as low as 22°F on this day, Stockholm comes alive for the Nobel Prize ceremonies. What used to be just a local event has now become an international spectacle where scientists, doctors, and writers are given the same attention as movie stars. Also in attendance are the royal families of Sweden, members of the Swedish government, and other international guests who represent the scientific and cultural interests of their countries.

Since 1926, the few who are lucky or talented enough to be chosen for prizes in Physics, Chemistry, Physiology/Medicine, or Literature (the Peace and Economics prizes are awarded in Norway) have arrived on the scene at the Stockholm Concert Hall—a tall, graceful building with painted ceilings and a bronze fountain. This hall, or Konserthuset, houses the combined memory of almost a century’s worth of Nobel Prize laureates. Here, with attendees photographed like Hollywood stars, the king of Sweden hands each laureate a medal and a diploma.

As the rest of Stockholm matches the timeless grace of the Konserthuset, it’s no surprise that a Stockholm native like Alfred Nobel had his start in the capital of Sweden. Since 1998, Stockholm has enjoyed its title of European Capital of Culture. With a mixed history of Vikings and inventors, the city has a rich blend of arts and sciences that invites a respect for new ideas. We have Stockholm to thank for famous doctors like Åke Senning, who in 1958 conducted the first implantable pacemaker surgery.

Exhibit at the Vasa Museum

Stockholm has over 100 museums—it’s one of the most crowded museum-cities in the world! One of these museums (the Vasa Museum) houses the entire seventeenth century warship Vasa, one of the only virtually intact ships from that time ever to have been recovered. Yes, visitors to the museum can see the entire ship. This museum is a testament to the lasting products of Swedish engineering, a tradition inherited by Swedes like the Ljungström brothers, who improved on the Vasa’s technology with their invention of the turbine-powered locomotive.

Explore some of Stockholm’s infectious viking history by visiting the city’s old town: Gamla Stan. The old town dates back to the thirteenth century, with buildings such as the Royal Palace that seem to leap from a fairytale. Only a few meters away from the palace is a monument known as Järnpojke, or Iron Boy, a charming statue that stands—or sits—at only fifteen centimeters tall. In the winter time, residents leave coins and a hat and scarf to carry him through the cold nights. For a more intimate experience, visitors eat traditional Swedish food at Den Gyldene Freden, which has stood since 1722.

Stockholm doesn’t rest on its laurels when it invites laureates into the country each December. From the museums, the Old Town, the statue of the iron boy, and the pomp and circumstance of the Nobel Prize ceremonies, this Swedish city commands the respect of the ages.