A visit to Mission San José 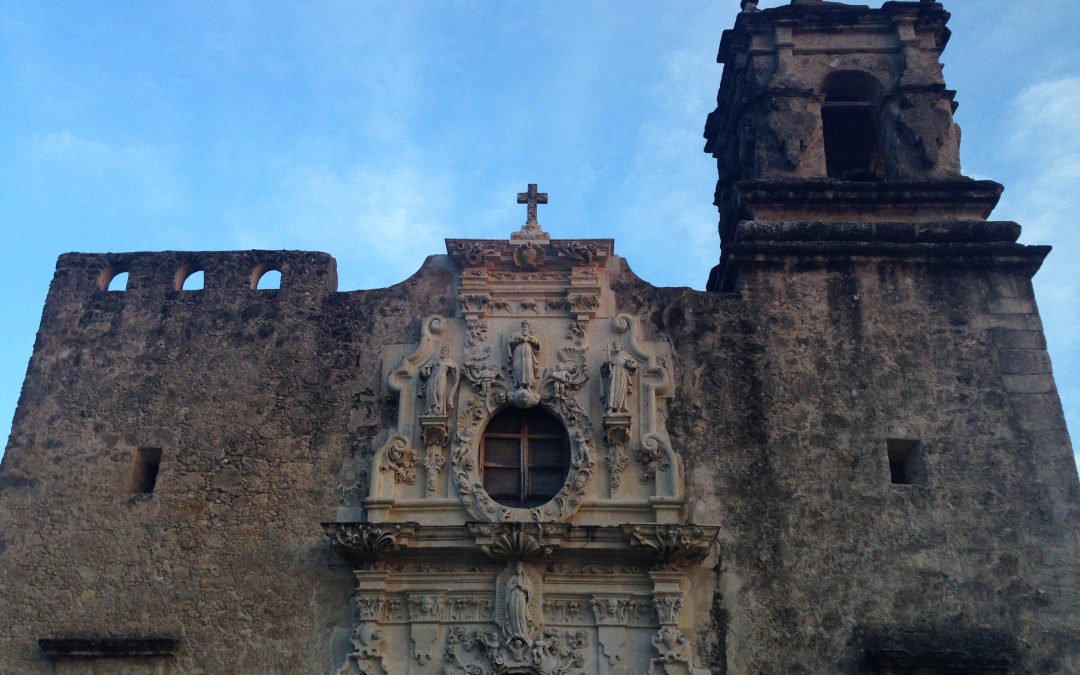 The carvings on the church at Mission San Jose are beautiful examples of Spanish Baroque architecture. (Theresa Davis)

Three hundred years ago, this mission teemed with life as a center of religion, commerce, and family.

Mission San José y San Miguel de Aguayo is one of the five missions in  San Antonio — the other four being San Juan Capistrano, Concepcion,  Espada, and the oft-remembered Alamo.

San José has an unmistakable silhouette against the south Texas sky. My latest visit was at sunset, and the way the mission walls and the church stand out is absolutely incredible. You can just feel the history. San Antonio has been around for almost 300 years, and the city does its absolute best to preserve historical sites like this one.

This “Queen of the Missions” was founded in 1720 and restored in the 1930s. It’s absolutely huge. The restoration included all the mission walls, the church (which still holds mass on Sundays), and the granary. In 2015, Barack Obama declared the San Antonio missions a World Heritage site.

There’s definitely something spiritual about this place, and that’s even before you get to the church walls. You get the sense of the diverse people who lived here, from the Franciscan friars to Tejanos and Indians. They were completely self-sufficient and absolutely devout. How else could they have survived under the hot Texas sun?

The detailed wooden carvings on the church doors were restored in the 1930s. (Theresa Davis)

Ah, the church at San José. The door is an elaborate beauty of Spanish baroque architecture. The old wood and iron details complement the ornately carved stone of the church front. It’s breathtaking and old and full of life. If only walls could talk.

Tourists can walk or bike the mission trail to all five of the missions, but San José just might be my favorite.

This mission has it all — architecture, history, culture, and of course, the Tex-Mex food waiting right outside.