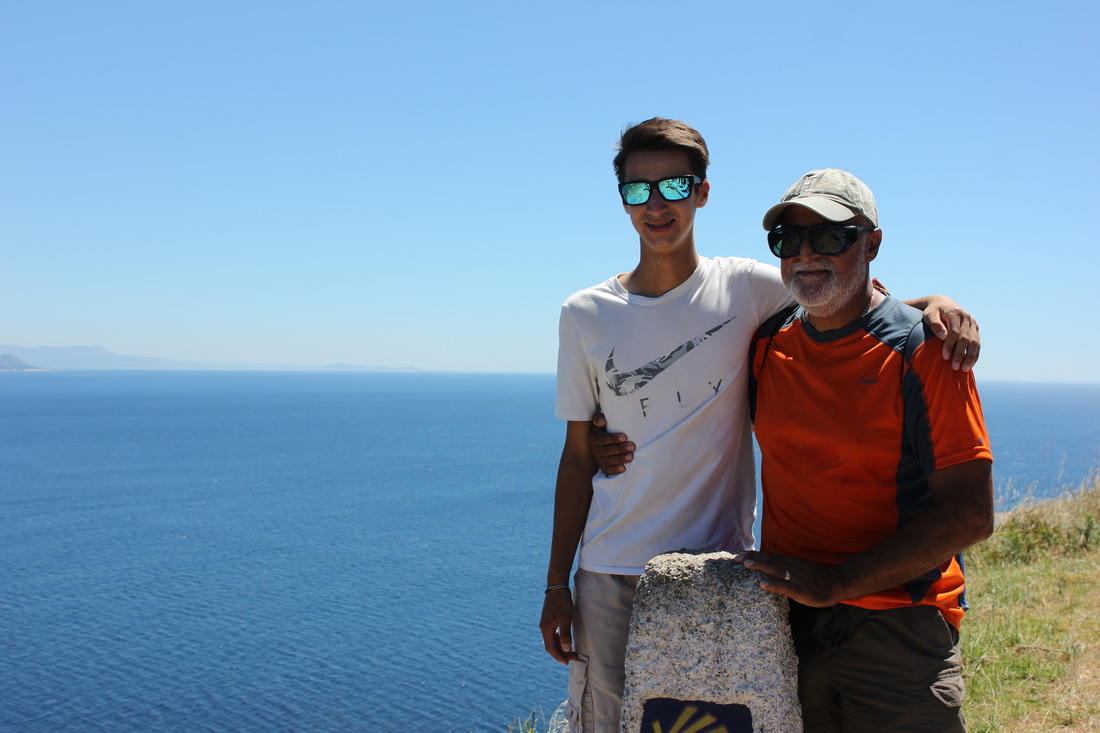 (left to right) Simon and Hector Rodriguez stand at the “end of the earth,” Finisterre, Spain, after completing the 500-mile trek to Santiago along the Way of St. James. (kj)

Hector Rodriguez walks through an ancient Spanish town, sweat gathering on his forehead as the summer sun pounds down. He sees the cracked stained glass in a church window and gets a stamp in his compostela. He waves to some people, the shells on their backpacks marking them as pilgrims. And then he keeps walking; he’s got another 20 kilometers to go today.

Hector was a pilgrim traveling the Camino de Santiago, or the Way of St. James, in summer 2016. He began in St. Jean Pied de Port, France, and ended in Santiago de Compostela, Spain, 770 kilometers (478 miles) later. He walked with his son Simon and other pilgrims, but was impacted greatly by the original pilgrim, St. James. Hector is a strong member of the Catholic faith and his confirmation saint is St. James. Because of this, Hector has always had a strong interest in James’s life.“I walked through these ancient towns and these ancient villages and these places. I go back and imagine that fact that they were put there, every stone was cut, every brick, every rock that was picked up, was put there by somebody who had faith, by somebody that had a faith in Christ in one way or another,” Hector said. “There’s a belief, there’s a passion. It all started by this one man, James, that walked this way.”

“He walked to the ends of the earth just talking to people about Jesus: ‘I knew this dude that did miracles and the one thing that he asked us was to love one another as we would love ourselves and that love will win,’” Hector said. “And that message is so strong on the Camino and that has just rocked my faith, it rocks my soul to think about … it’s lived every day of the Camino.” 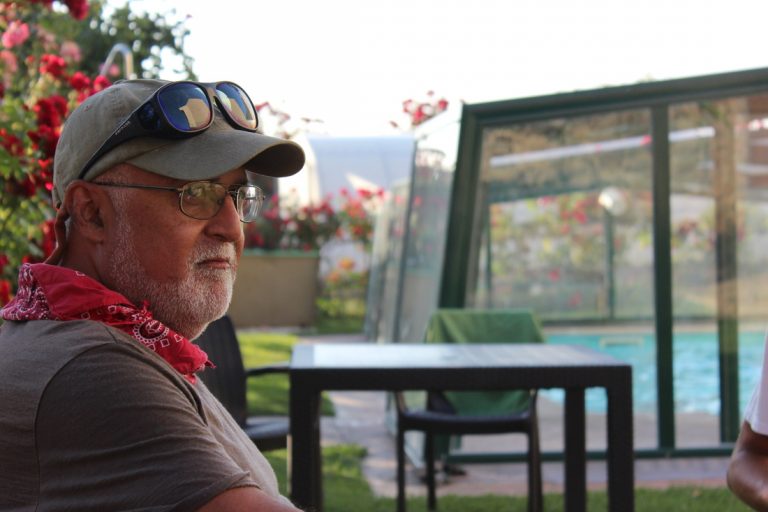 Hector rests at an albergue (pilgrim hostel) in Belorado, Spain, after he finished his walk for the day. (kj)

The spirit of the Camino is often what kept him going. Only a few days into his month-long journey, Hector developed terrible blisters on the bottom of both his feet. For him, this was the hardest part of the Camino because he promised himself he would walk every step.

“I kept thinking, ‘Man, if this is penance for something I’ve done, I must’ve really been bad because it hurt really, really bad,’” he said.

His son Simon also kept him going when it was difficult.