Breaking the Ice: Getting to Know Iceland 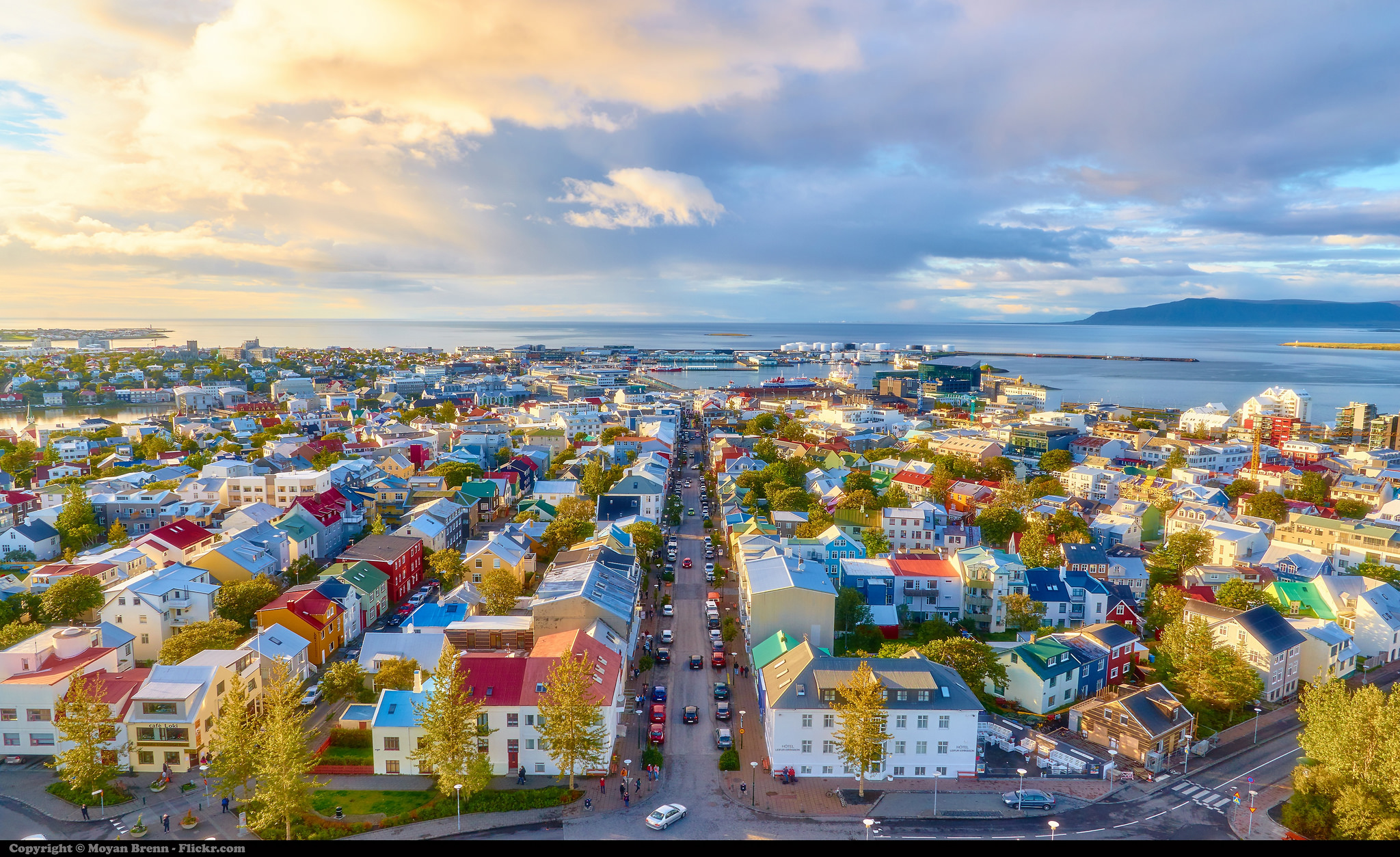 Despite its intimidating name, the frozen island that is Iceland is becoming a popular getaway destination. Its unique terrain of glaciers, hot springs, and volcanoes are major attractions for both locals and tourists all year round. Even the winter season often proves to be magical. But it’s not just the diverse landscape that makes Iceland feel like a winter wonderland.

Iceland is home to an enchanting people that have both traditional and modern lifestyles, and tourists can experience both sides in a variety of ways. From ancient folklores to novel cuisine and long-time traditions to contemporary music, Iceland has something for everyone.  If you really want to get to know Iceland, try stepping outside of the tourist mold by breaking the ice and sharing some of these Icelandic traditions with the natives. 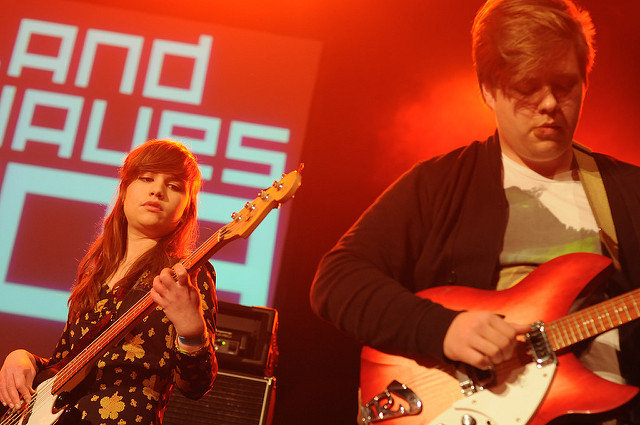 Music in Iceland has a history that is different than anywhere else. Due to its isolation, Iceland’s music did not change very much between the Middle Ages and the nineteenth century. But once contemporary music arrived, it was quickly accepted throughout the country, and Iceland has been rapidly developing music in everything from jazz to classical to contemporary music ever since. So turn up the beat and experience every part of Iceland’s musical culture. 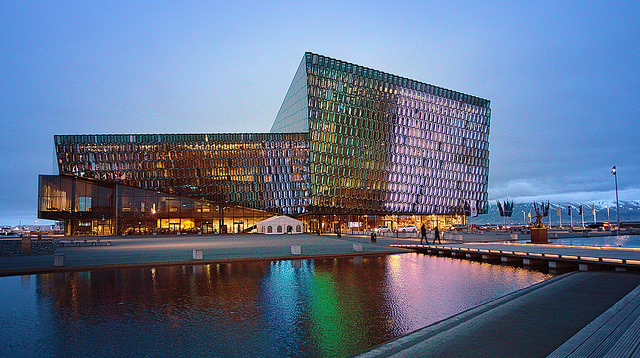 Founded in 1980, the Dark Music Days (Myrkir Músíkdagar) is one of Iceland’s oldest music festivals. This festival typically happens at the end of January, in some of the longest days of the winter season. Taking place at the Harpa concert hall in the country’s capital, Reykjavík, this festival focuses on introducing new music, composers, and performers. It’s here that you could be one of the first to see the birth of new Icelandic musical legends.

Folk music has been a part of Icelandic history since the island was settled in the ninth century, and it has inspired many of Iceland’s successful artists like Of Monsters and Men, Ólöf Arnalds, and Sóley. This festival combines traditional and modern folk styles, celebrating the diversity within folk music. Located at the Kex Hostel, this festival lasts for three days and is typically held in March.

If instrumental music is more your style, this festival is for you. Created by the music director of the Iceland Symphony Orchestra, Tectonics demonstrates the advancements and variations within orchestral music. This three-day festival offers both traditional orchestral compositions and experimental styles that include dancing musicians and a contemporary feel. Tectonics is held in mid-April at the Harpa Concert Hall and allows audience members to get up close and personal with the musicians.

If you plan to get outside of Reykjavík on your trip, try stopping by this site-specific piece of art. Sculpted by German artist Lukas Kühne, Tyisongur is located just outside of Seydisfjordur, a small town on the east coast. This sculpture consists of five interconnected concrete domes and creates a five-tone harmony that is found in traditional Icelandic music. Visitors can enter the domes and experiment with the acoustics that come from inside the domes. This is definitely a unique, hands-on experience for any music lover.

Iceland’s somewhat remote location provides the island with some of the best ingredients any food connoisseur would appreciate: fresh water, clean and free-range farming, and fruitful fishing grounds. Because Iceland uses geothermal energy across the island, farmers can grow fresh crops year-round. This particularly natural style of farming and cooking has made Iceland a major destination for gastronomic cooking. To get a true taste of Iceland, try out some of these traditional Icelandic dishes. 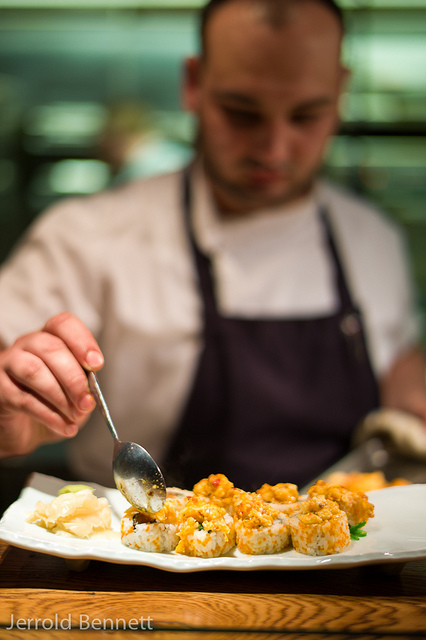 Fishing has been the lifeline of Iceland since it was first settled, and it is an essential part of the Icelandic diet. Icelanders often eat traditional fish dishes, but a popular snack is fish jerky, which is often served with a dollop of butter. This classic Icelandic snack can be found in just about any supermarket, but the best place to find Harðfiskur is at the Kolaportið flea market in Reykjavík.

Warning: this dish is not for the weak stomach! Known as the national dish of Iceland, fermented shark goes back to the day when Icelanders ate simply for survival. The meat in many traditional Icelandic dishes is still stored and prepared using archaic processes. For example, because shark meat is initially poisonous, the shark is buried in a shallow grave of sand for 6–12 weeks; this pushes all of the fluids and toxins out of the shark. The meat is then cut into strips and dried. If your taste buds are looking for some adventure, visit the restaurant 3 Frakkar in Reykjavík and give this daring dish a try! 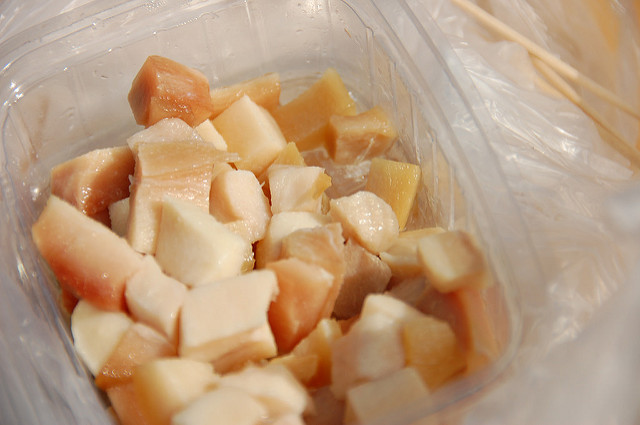 Although fermented shark is Iceland’s national dish, it certainly isn’t the most popular. In fact, the most common food found in Iceland is the pylsa, or hot dog. These hot dogs are found in every city and just about every gas station in Iceland, and many have argued that these are the best hot dogs in the world. Icelandic hot dogs are topped with ketchup; a sauce made from mayo, capers, mustard, and herbs (remoulade); a sweet brown mustard (pylsusinnep); and raw or fried onions. And if you want to eat a hot dog like a true Icelander, you’ve got to have one with all the fixings! The best place to get one of these dogs is a place called Bæjarins Beztu Pylsur, a chain stand in Reykjavík.

For those who have a more refined palate, the Food and Fun Festival provides the opportunity to indulge in exquisite cuisine. Occurring in the first week of March, this festival invites chefs from around the world to collaborate with some of Reykjavík’s most exceptional restaurants. Each chef prepares a menu made solely from Icelandic ingredients, and the dishes are available to the public for the entire week. On the last day of the festival, the chefs use their Icelandic ingredients in a competition to make a three-course meal. This is definitely the place to get some of Iceland’s latest tastes!

A trip to Iceland wouldn’t be complete without learning about some of its most respected residents: the elves. Yep, that’s right. Iceland has a traditional belief in elves, which are referred to as Huldufólk, or “hidden people,” as the majority of humans cannot see them. Nowadays, only about 10 percent of the population actually believes in “hidden people,” but 80 percent still won’t deny their existence.

Icelanders have carried a high level of respect for the elven people. Most elves are believed to live in rocks, so Icelanders will avoid damaging those rocks during construction projects. Human residents pay their respects to the elves by building them little homes, which can be seen all across the Icelandic landscape. If you want to get the full Iceland experience, you must go searching for elves.

Located on the Southern tip of Iceland, this glacier is a three-hour hike through snow piles and ice ridges. Sólheimajökull is filled with caves and craters and is known to be home to not only elves but also trolls and fairies. With guided tours, hiking Sólheimajökull can prove to be an enriching experience for both nature-lovers and elf-seekers.

Staring in Reykjavík, this tour has you riding on some of Iceland’s beautiful Icelandic horses. As you are guided through the diverse landscape, you will see some of the places where elves are believed to live. Although elves are “hidden people,” people occasionally claim seeing elves along the tour; some even claim being able to hear the elves sing as they pass Skjólklettur, the elves’ church. Provided with a light lunch afterwards, this tour is perfect for those wanting to get a glimpse of Icelandic heritage.

Take a break from the Icelandic winter air and spend the afternoon in Reykjavík’s Elf School. Here, visitors are taught about the different kinds of elves that roam the island; visitors will learn about how “hidden people” interact with humans. You can even prove your newly acquired elven knowledge by completing a certificate program in as little time as an afternoon. Sessions are wrapped up with a short walking tour and fresh pancakes. 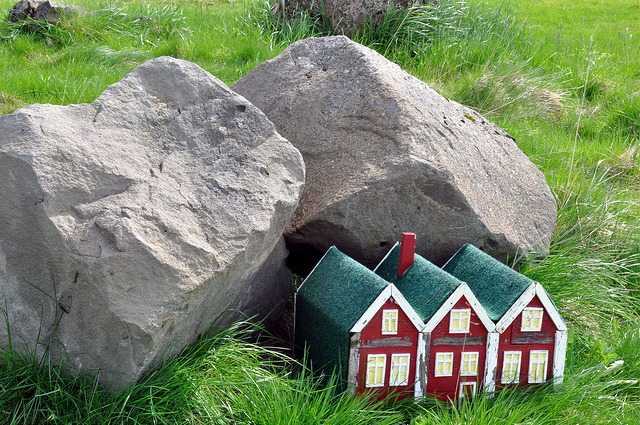 If you’re looking to add something more to your next getaway, Iceland is a place to get an experience of a lifetime. Although Iceland is becoming more and more popular, it doesn’t mean you have to get caught up in being a tourist. Instead, make the most of your vacation by breaking the ice and experiencing Iceland like a native.