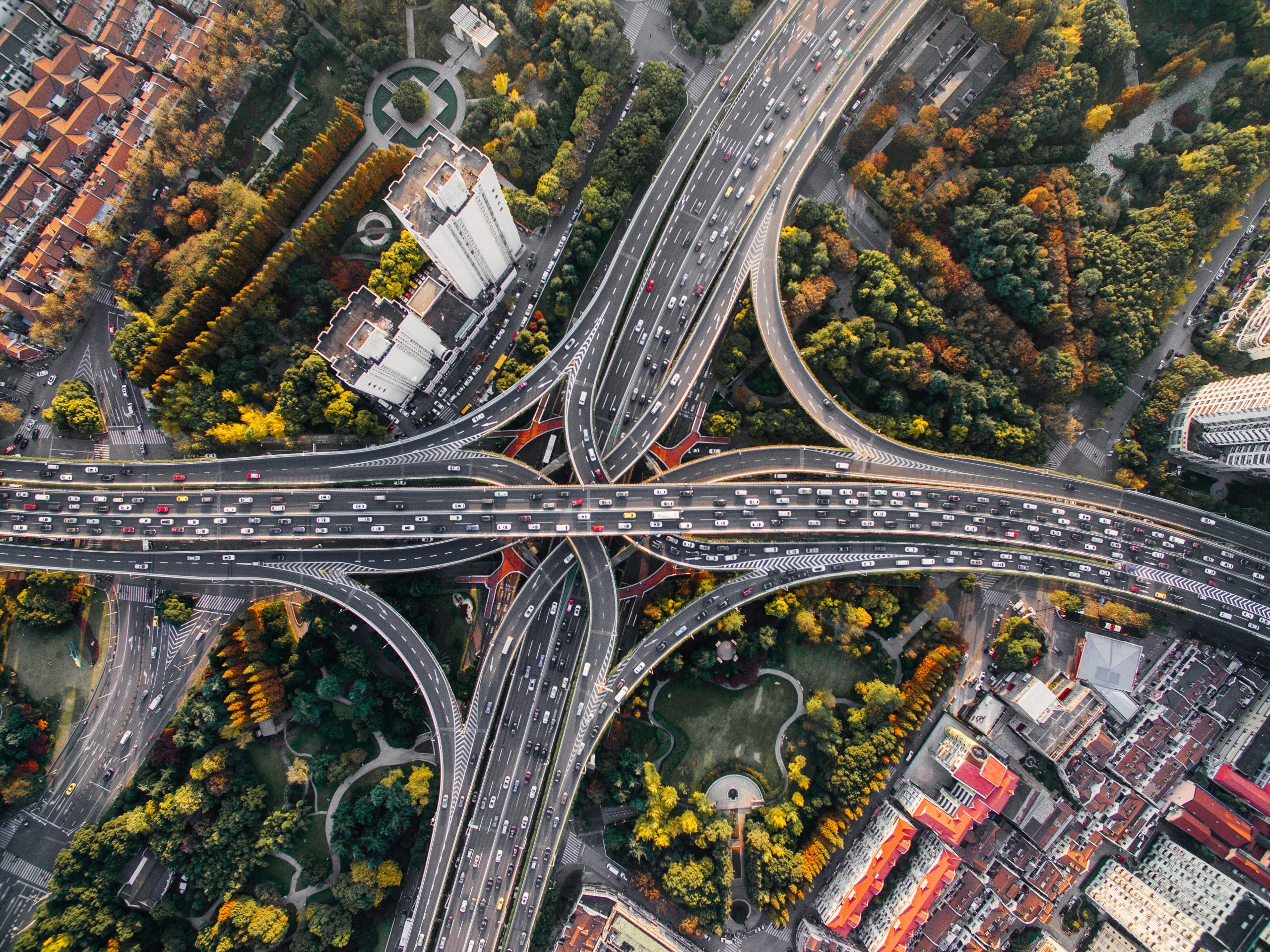 Imagine this: road stretching for miles and miles—as far as the eye can see—the sound of wind whistling as the car hurtles along at a solid 100, now 120, now 150 miles per hour, followed by that rush, that feeling of pure exhilaration. It might all sound like a high-speed police chase at first, but on the German Autobahn, it’s just another morning commute.

The Autobahn is a highway system in Germany with no set speed limit. That means no more checking over shoulder for cops or watching the speedometer. And if you are watching the speedometer, it’s probably to watch the hand ticking upward. Yes, the Autobahn is the perfect destination for those with a real-life need for speed. The phrase used to advertise the Autobahn in the 1970s sums it up perfectly: “Free driving for free citizens” (freie Fahrt für freie Bürger).

However, some Americans who have experienced the Autobahn are surprised by the similarities it shares with freeways in the United States.

“I was surprised at how normal the experience was,” said Benjamin Schmidt, a Utah native who traveled to Germany with some friends in 2015. “People self-regulate already on highways and interstates in the US; the only difference on the Autobahn is that there is no specified top speed. You decide for yourself what you want your top speed to be.”

People concerned with high speeds on highways, especially on turns in the road, are naturally wary of the Autobahn’s lack of regulation. However, Schmidt noticed most drivers were aware of turns in the road that made higher speeds more dangerous and compensated for these risks responsibly. In other words, though unrestricted by speed limits, drivers still used common sense in determining their speed.

“I liked how the rules of the Autobahn (or rather, the lack of speed limit rules) make you responsible for your speed and for your safety,” Schmidt said. “The sense of being given personal responsibility on the road was a nice change from the rule-heavy roads of America.”

Schmidt’s statement captures a type of idealism, a belief that people act reasonably even without the constraints of rules and regulations and the accompanying fear of being caught. Of course, that isn’t to say there isn’t some regulation.  In fact, Germany does post a few suggestions and employ some restrictions to promote safety.

For example, the country provides an advised speeding limit, and some parts of the Autobahn—mainly urban sections—do have a restricted speed limit. Individuals can also be penalized, although not for speeding. Police that detect any tailgating will pull over individuals. The tailgating, and speeding in restricted areas, also lead to hefty fines. And all these restrictions that do exist are strictly enforced, including the left lane passing rule—this can’t always be said for the US.

But the Autobahn must be doing something right. After all, according to new site mnn.com, in 2013 the US had 10.6 fatalities per 100,000 inhabitants per year; Germany had only 4.3. Some make the case that it’s not the lack of a speed limit that produces such good rates, but rather the other precautions Germany has taken in regard to transportation. Business Insider notes that German drivers are especially good because of Germany’s licensing system. To drive in Germany, one must be dedicated. This is because the process of getting a license includes taking an extremely difficult road test and multiple choice exam, as well as basic first aid training. Not to mention, the entire process can cost an upwards of $2000.

Cars in Germany must also have regular and thorough checkups in order to be cleared for driving. It’s much different than the common American mentality to drive until the car’s broken. Germany requires a preventative approach to driving; not only does the country maintain its cars, but also its roads. The Autobahn is inspected regularly, and Germany constructs its roads with multiple layers of concrete to ensure the roads are safe for high speeds.

Despite the precaution and upkeep, there’s still risk in driving on the Autobahn. But of course, there’s always risk in driving, let alone driving at eighty miles per hour in the States. Germany just places a little more faith in its drivers, even the ones driving a Porsche 911 GT3 RS 4.0 at 200.7 miles per hour or the Mercedes-Benz W125 Rekordwagen that clocked in at 268.8 miles per hour.*

Many people appreciate the Autobahn because of the sense of freedom it gives to drivers. As author John McCormick said in an article for Forbes magazines, “In a world where our lives are ever more controlled and monitored, it’s inspiring to see people free to drive as fast as they choose.”