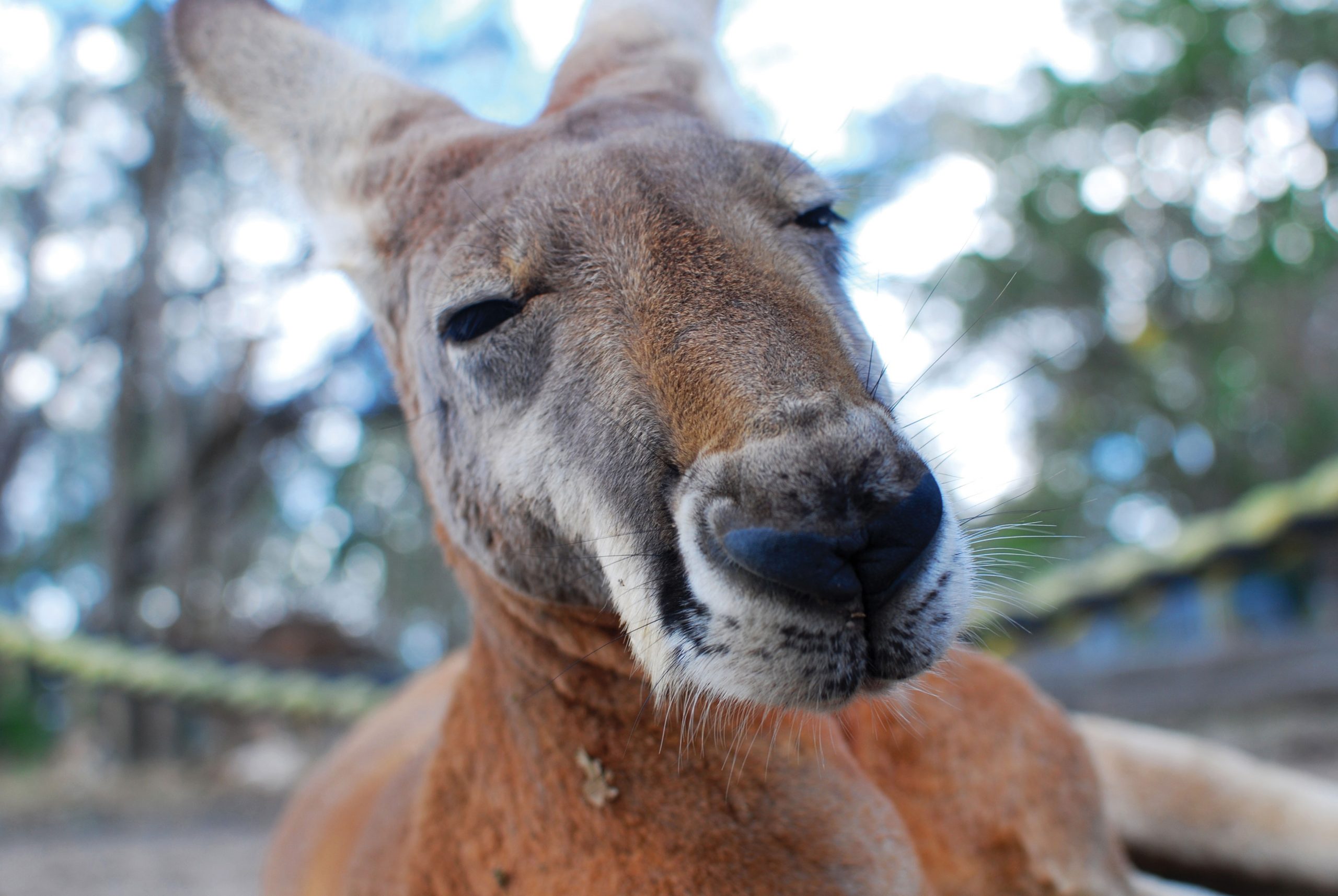 People watch animal documentaries because, as human beings, we find animal behavior absolutely fascinating. There’s something about seeing the rawness of nature in wildlife that intrigues us, since people are typically far removed from anything wild. We may take it a step beyond watching a documentary, or maybe we go to the zoo to see these animals up close. However, nothing compares to seeing these majestic, exotic creatures interacting in their natural habitats. To protect both the creatures and their habitats from uncontrolled intrusions, many organizations around the world have created preservation centers and wildlife parks. Touring these protected natural sites can give visitors the best look into the eyes of a truly wild animal.

Ngorongoro: The Valley of the Crater

Ngorongoro Crater is the most naturally made pen in the world, filled with all of the iconic animals of the savanna. The crater was created millions of years ago and has been home to concentrated populations of various species ever since. The chance to see all of the Big Five species—the lion, elephant, water buffalo, leopard, and rhinoceros—entices wildlife lovers from all around the globe to travel to this otherworldly wonder.

A mother elephant and her babies.

Ngorongoro is located in the highlands of Tanzania, where the temperatures drop and the foliage is greener than that of the yellow plains at lower altitudes. Before reaching the crater by car, visitors travel through a maze of mist and vines that couldn’t look any more different from other safari sites in Tanzania and nearby Kenya. But once they approach the rim, the entire world seems to open up as they peer into the vast expanse of the crater below.

Driving through the crater, visitors will find themselves immersed in herds of animals crowding the open plains. At some watering holes, zebras and wildebeests mingle without taking notice of one another. Zebras roll around in the dirt as young wildebeests play tag. Visitors may be so engrossed in watching these peaceful grazing animals that they—like the animals—neglect to notice a lioness stalking the large herd, waiting for her opportune moment to strike. Near the popular picnic site, visitors can eat by the home of a group of hippopotamuses. The water-loving giants may seem gentle, but they are among the most aggressive animals on the planet.

At Ngorongoro, visitors have the entire safari at arm’s length. The opportunity to see so many of Africa’s beloved species all in one spot makes this crater a popular destination for those wanting to see wildlife at its best.

Galápagos: A Parade of Exotic Animals

Off the coast of Ecuador, the Galápagos Islands are a must-see for any wildlife lover. Strict air travel policies make it a hassle to get to the islands, but be assured that a trip to the Galápagos is well worth the wait.

The islands’ only indigenous inhabitants—the animals—inspired Charles Darwin’s theory of evolution. Almost two hundred years later, visitors to the islands can see many of the same species that Darwin observed on his voyage aboard the Beagle.

The parade of exotic animals begins almost as soon as visitors leave the airport. During the latter part of the year, giant sea turtles swim in shallow waters around the islands, even in the small channel between Baltra—where the airport is located—and Santa Cruz Island.

The Galápagos Islands are volcanic landmasses with two very different climates. In the misty highlands at the center of the islands are giant tortoises, perhaps the most well-known inhabitants of the Galápagos. In earlier centuries, sailors used tortoises as a reliable, long-term food source, since the tortoises can live up to a year without any nourishment. However, this led the species to be hunted to near extinction.

Now, the islands have made a concentrated effort to protect these gentle reptiles by building sanctuaries for them. These tortoise sanctuaries are located in the highlands and typically house several different species of the slow-moving giants. The sanctuary on San Cristóbal Island also features several enclosures with baby tortoises that delight visitors of all ages.

Visitors that are up for a day trip can book a boat to take them to Punta Pitt, San Cristóbal’s most north- eastern point where three different species of booby birds live. The blue- footed booby is exactly what its name implies—a curious-looking sea bird with unique blue feet. Local scientists have yet to figure out why the birds’ feet are blue, but this intriguing feature brings tourists from all over the world to this island to photograph the strange birds.

It isn’t hard to find the islands’ most ubiquitous inhabitants: marine iguanas and sea lions. Marine iguanas frequent the rocks around the beaches but can also be seen taking a swim in the pristine water to cool off during the middle of the day. Sea lions take up any slab of flat surface available to take a nap. Manmade piers, fountains, and park benches suit their sleeping needs much better than the wet sand they’re typically used to. If visitors don’t watch where they step, they could end up in the middle of a sea lion’s personal space.

Colored crabs in a bay.

To get close and personal with wildlife, consider a trip to these beautiful islands where the animals really run the show.

Kangaroo Island: In the Corner of the World

The first thing visitors notice when they step off the ferry at Kingscote—commuting from mainland Australia—is that, though people do live there, this island is dedicated to the wildlife. The numerous groups of kangaroos and wallabies roam the island freely, sometimes at the risk of getting hit by cars. Though visitors have to keep their distance from the animals, Kangaroo Island is one of the best places in the world to observe these truly unique marsupials in their natural habitat.

A mother euro in Arkaroola, South Australia. Photo by Cazz.

Nearby is a miraculous natural wonder called Admirals Arch, a former cave that has been eroded into a strangely mesmerizing hole in the rock. Stalactites decorate the underside of the arch, making it an ideal natural frame for a stunning sunset picture. Visitors may marvel at the arch, but their attention is soon drawn to the colony of fur seals that calls the formation home. The seals enjoy lounging about on the flat rocks at the bottom of the arch while the pups play in the shallow water nearby.

Echidnas, ancient mammals like spiny anteaters, are perhaps the strangest inhabitants here. They can be found throughout Kangaroo Island. Look for creatures putting their noses to the ground, searching for insects to eat.

Lounging in the higher branches of gum trees around the island are Australia’s most beloved animals— the koala. But even if one is hanging around, it may not be awake since koalas spend most of the day sleeping.

In certain areas near the ferry dock at Kingscote, visitors can spot the smallest penguins in the world. Little Blue (or Fairy) Penguins frequent the shores of the island. Visitors may need flashlights to see the penguins because the best time to spot these adorable birds is around dusk when they’re on their way back from a long day of fishing.

As the home of exotic animals found only in this small corner of the world, Kangaroo Island has much to offer. A stop here is an enriching experience for any wildlife seeker.

Visiting famous sites and cities is a satisfying part of any vacation, but nothing can compare to the richness of watching nature at work in the animal kingdom. Taking time out of a vacation to watch wildlife adds so much to a trip. Sometimes it takes journeying to the valley of a crater, secluded volcanic islands, or an isolated corner of the world to find places where people can see wildlife as it was meant to be—wild.

All images by Bill Abbott unless otherwise noted.