Watch Your Step! The Effect of Tourism 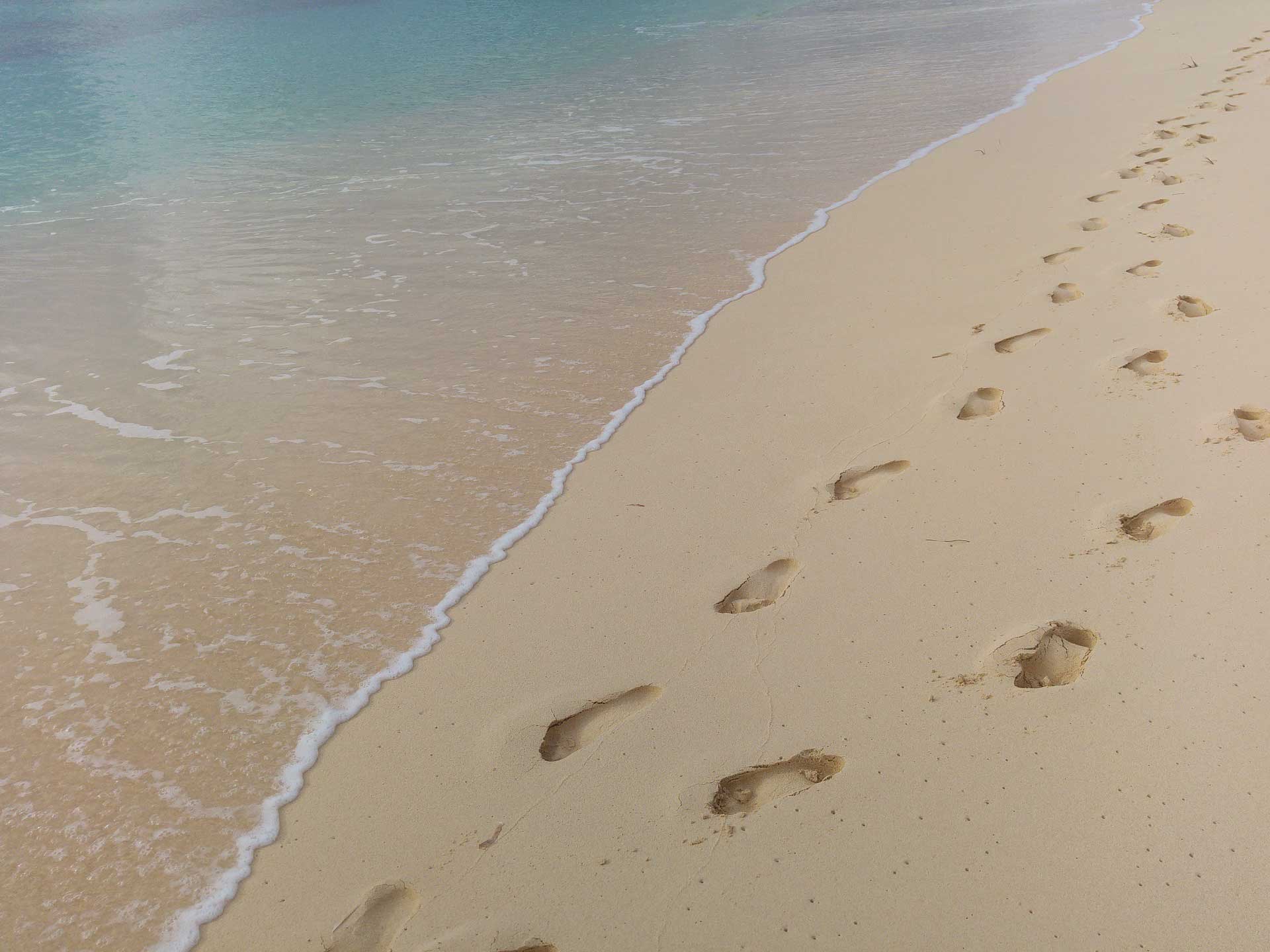 A vacation is often a step outside a traveler’s frame of reference. However, the footsteps of tourists often remain in the countries they visit, even after they go home.

The World Tourism Organization (UNWTO) announced that over 1.2 billion people traveled abroad in 2015, and it estimates that the amount of tourism will continue to increase yearly by 4%. This surge in tourism has benefited the world in ways that go beyond extended horizons and lasting memories, especially for developing countries.

Increased international tourism has helped stimulate the economy. In fact, international tourism brought in a revenue of $1.5 trillion in 2014 (UNWTO 2015). This increase in revenue has also resulted in the expansion of job opportunities. One out of every eleven jobs worldwide is related to tourism.

The tourism industry is growing faster in emerging and developing regions than in the rest of the world (UNWTO 2010). The surge in tourism in these developing countries has impacted their economies dramatically. In fact, some developing countries receive over 25% of their GDP through tourism. While many international organizations celebrate this impact, others criticize tourism’s effect on the environment. They complain that repercussions of tourism lead to the depreciation of limited natural resources, unique cultures, and natural landscapes.

Overall, most international organizations support the idea that sustainable tourism—responsible travel that minimizes the effect of tourism on the environment and local cultures—can help solve a concerning worldwide issue: poverty. The increase of tourism in developing countries, such as Nicaragua, Vietnam, and Kenya, has helped wake up the populations of these countries by providing the means to escape poverty.

For those who remember Nicaragua’s rocky political past, Nicaragua seems like a dangerous, anti-tourist country. In spite of the conflict it experienced decades ago, Nicaragua has become the safest country in Central America. However, the safest country is also known as one of the poorest countries in the western hemisphere. The average Nicaraguan worker earns $1 to $2 per day. Despite their lack of wealth, Nicaraguans maintain a happy, carefree perspective on life. This perspective injects their beautiful country with a personality that attracts tourists from all over the world.

Nicaraguan children enjoy shade from the tropical heat. Many Nicaraguan families have only a few plastic chairs in their homes. Photo by greenfields2008. cc

In the past decade, tourism in Nicaragua has increased dramatically. In 2009, the country received one million visitors for the first time in history. Since then, Nicaragua has continued to grow as a hot spot for tourists. Tourists enjoy the beautiful country and its vibrant culture, and residents enjoy the chance to interact with new people and discover fresh sources of income. In addition to providing increased opportunities for Nicaraguans to earn money through hotels, restaurants, and recreational activities, tourism has also helped boost the agriculture, trade, construction, and financial industries.

When asked about the effect that the increase of tourism has had on the country, Nicaraguan resident and market research specialist Daniel Falabella explained, “Tourism has become a major driving force in Nicaragua. Nicaraguans have discovered that they can show their history, culture, cuisine, dances, and landscapes around the world. That has changed the mentality of the people of this country. They are waking up.”

The progress of the country in the past decade is incredible. Millions of tourists have enjoyed the affordable thrills of volcano boarding, surfing, exploring wildlife, and experiencing the unique customs of Nicaragua. And alongside these tourists are locals prospering from the increased cash flow that has entered the country.

Though Nicaragua thoroughly enjoys the economic stimulus that tourism brings, it must also be prepared to protect its most precious asset: biodiversity. When large companies and resorts take over the tourism industry, the environment pays for it. Most large businesses and the tourists that frequent them tend to ignore the concept of water conservation. In a single day, unconscientious tourists use more water than some local families use in a month.

Fortunately, Nicaragua is one of the leading countries for sustainable tourism. It hosts many hotels and restaurants that strive to produce high-volume products through low-impact resources. Eco-hotels dot the country and provide more authentic, intimate experiences with Nicaraguan culture while minimizing the negative effect of tourism on the environment.

The amount of visitors to the stunning vistas, floating markets, and delectable cuisine of Vietnam has increased in the past few decades. In 1993, Vietnam hosted only ten thousand travelers, but in 2015, almost eight million people came to explore the developing country. Vietnam’s government aims to become a developed country by 2020, and the positive impacts of tourism will certainly help the country reach its goal.

Tourism is stimulating the economy of Vietnam by gradually enabling impoverished Vietnamese farmers to move on to more profitable sources of income. According to the World Travel and Tourism Council, the tourism industry in Vietnam generated 1,963,500 jobs for local residents in 2014. These new income sources are associated with the retail, food, recreation, and accommodation industries.

Diverse culture and environments throughout the country draw in Vietnam’s visitors. Unfortunately, the visitors, drawn by the scenery, often contribute to increased pollution in previously unspotted locations. In addition, large resorts often abuse natural resources by using excessive amounts of water and disposing of waste in major waterways.

A rice farmer works in a paddy. An average Vietnamese family earns only $100 a month from cultivating rice. Photo by M M. cc

In an interview on www.businessin-asia.com, Vu The Binh, the former director of the Vietnam National Administration of Tourism, stated “Tourist growth, in terms of headcounts of tourists, plus the amount of vehicles always produces two types of impacts, both positive and negative.” He later explained that the administration is devising plans to retain Vietnam’s cultural identity and protect its natural beauty while still hosting large numbers of tourists.

Many of Vietnam’s impressive sites are now protected by the government. Promoting sustainable tourism has become a priority throughout the country. For example, the country cautiously protects the world’s largest cave, Hang Son Doong. Discovered in 1991 by a local farmer, the cave was not explored until 2009. After extensive analysis and preparation, the cave was opened to the public in 2013. However, only Oxalis Adventure Tours is permitted to take daring cavers into the cave. The company states that “less people have seen the inside of Hang Son Doong than have stood on the summit of Mount Everest.” Oxalis takes only 500 visitors, led by guides trained in cave conservation, on expeditions into the cave each season. Despite suggestions to build a cable car in the cave, Vietnam plans to preserve Hang Son Doong in its natural state.

Oxalis Adventure Tours leads visitors through the world’s largest cave, Hang Son Doong.
The cave is so large that it has its own jungle, river, and climate. Photo by Nguyen Tan Tin. cc

Tourism in sub-Saharan Africa is still relatively slow, but Kenya aims to rise above other popular tourist destinations by the year 2030. As the home of over fifty natural reserves, Kenya entertains visitors with its incredible variety of wildlife.

One of Africa’s greatest national parks, Maasai Mara, hosts a broad variety of resident wildlife. Kenya promotes sustainable tourism through its large conservation areas, where hunting is prohibited. In addition, strict laws limit the number of hotels built near these areas.

Wildebeest and zebras cross a river during the annual wildebeest migration. Photo by joxeankoret. Image has been cropped. cc

Though tourists visit the country year-round, one of Kenya’s greatest draws to tourists is the great wildebeest migration. No other location in the world supports such a large migration. From July to October, up to two million wildebeest—accompanied by thousands of gazelles, zebras, and elands—roam from the Serengeti National Park in Tanzania to the Maasai Mara National Park in Kenya.

As they migrate in search of greener pastures, the wildebeest risk their lives by crossing rivers teeming with ferocious crocodiles and traveling through plains where larger carnivores attack. This unique phenomenon attracts tourists from all over the world, bringing in a strong source of revenue to the country and its residents. Tourism contributes to 10% of Kenya’s GDP and provides 9% of the its employment opportunities.

Often, global companies benefit from tourism more than the local communities that host tourists do. The flow of safari-seeking tourists has encouraged the government to seek opportunities to help its residents progress economically.

According to the UNWTO’s ethics code, sustainable tourism should allow local populations to “be associated with tourism activities and share equitably in the economic, social and cultural benefits they generate.” The Kenyan government has taken many precautions to both protect its environment and help its local populations. For instance, it promotes visits to tribal villages.

Visitors to the village found in Maasai Mara can experience Kenyan culture by observing ritual dances and getting to know the locals. Some villagers even offer to take visitors on special excursions to see wildlife. A visitor to the Maasai Mara village commented that despite certain tourist traps, the tour helped her understand “what a modest but happy existence these people lead.” Money spent by tourists in these villages stays with the locals, thereby providing some relief from the poverty that they experience.

Tourism is changing the world, destination by destination. As tourism boosts the economy of developing countries, it also puts the previously untouched, natural treasures of Mother Nature and local populations at risk of becoming a carbon copy of every other tourist trap in the world. By supporting local organizations, avoiding unnecessary pollution, and conserving natural resources, tourists can enjoy the paradise without endangering it. Anita Desai once said, “Wherever you go becomes a part of you somehow.” Travel changes tourists as they exchange everyday life for memorable adventures. These adventures impact more than just tourists; their footprints affect the economy and environment wherever they go.

Want to decrease your impact on the environment as you travel? Here are some tips on how to do so:

▶ Seek out eco-friendly hotels. Many lodgings make conscious efforts to reduce their carbon footprint on the environment.

▶ Eat local. It’ll help the local economy while you get a more cultural experience.

▶ Walk or use public transportation. This will reduce adding unnecessary fumes to the air.