Tubing of a Different Kind 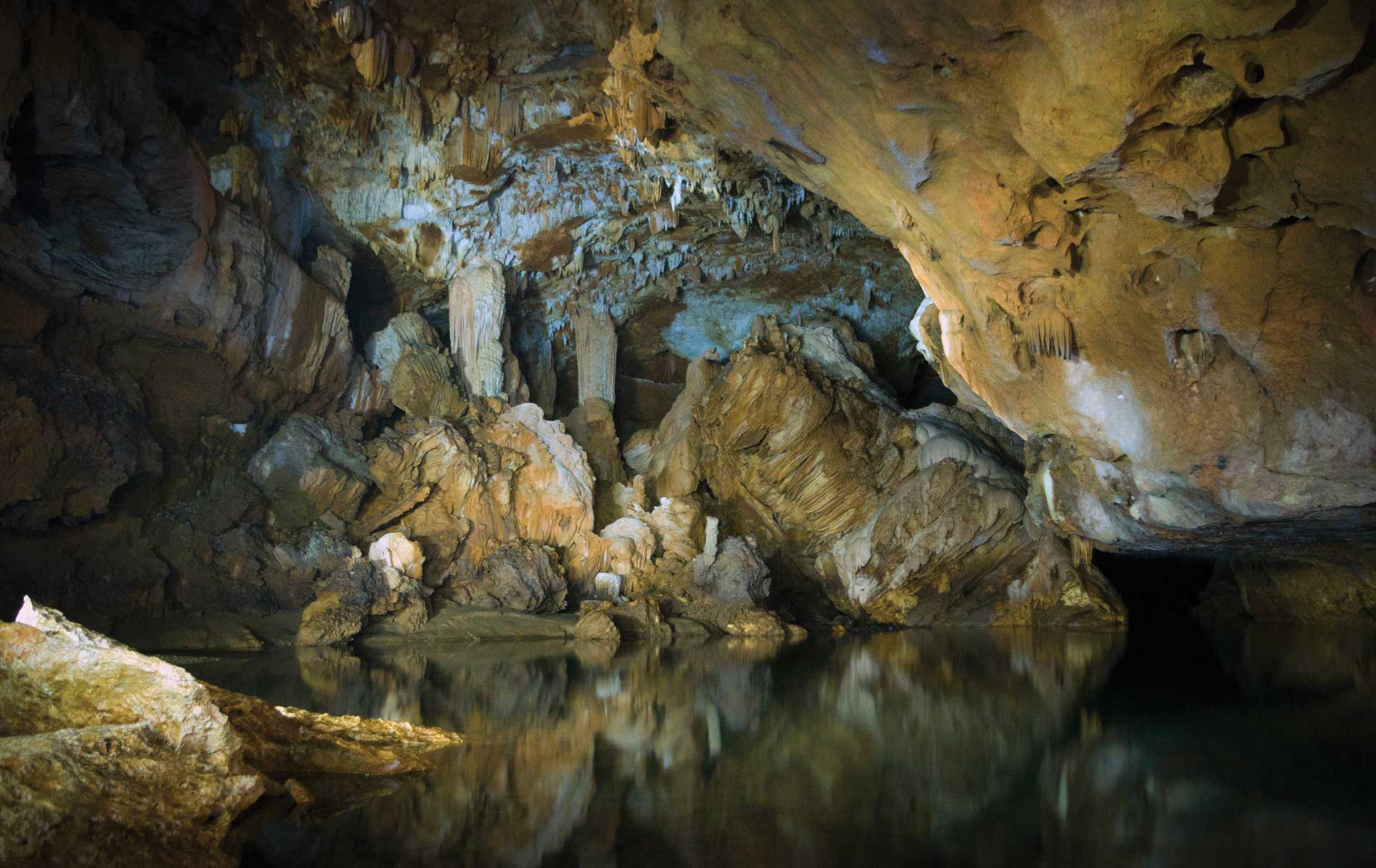 Cave tubing is a unique way to take in the beauty and history of Belize’s river caves.

Does tubing conjure up memories of being dragged behind a speedboat, clinging on for dear life as you do doughnuts along the river? Or how about as a kid, squinting into snowflakes that bite at your face as you toboggan down the side of a mountain? Tourists who visit Belize agree tubing is a highlight of the trip, but this is tubing of a different kind.

With headlamps in tow, adventurers hop into tubes to drift through Belize’s dark, cramped river caves. “If you’re claustrophobic, it’s probably not the best,” says Bill Abbott. An avid traveler, Abbott and his wife have checked out all the best caves Belize has to offer.

This area of Belize, called the Cayo district, is marked by its river caves that are formed by erosion of the limestone in the foothills of the Maya Mountains. When river water contains high levels of carbon dioxide from decomposing organic matter, the water carves out cavities that join up to create larger river cave systems.

Perhaps the most well known of the Cayo district caves is St. Herman’s. “If you’re interested in cool rock formations,” Abbott says, “this is the cave to see.” St. Herman’s is decorated with dripping, wet rocks at every turn. Crystal clear water changes from a bright blue color to transparent as you get deeper into the cave where water coats ceilings and walls with a shiny and slippery finish.

Abbott says you have to hire a guide to take you through, but that it’s good to have someone with you who is familiar with the cave. Tubers can feel at ease knowing if their lights go out, they won’t be stranded, directionless, in the dark. Guides also share insights about the history of the caves and their rock formations.

Another well-known cave that Belize’s Cayo district boasts goes by ATM, short for its Mayan name, Actun Tunichil Muknal. With a three-mile hike that crosses three rivers to get to the actual cave, ATM is a full day’s trip.

Although this is a walk-through cave, make sure to bring your swimsuit—water levels can get pretty high at certain times of year. “I remember one part where you have to get into the water up to your chest to get your head through this crack,” Abbott says.

A guide can also lead you through the cave’s windy passages to the ancient Mayan artifacts that are left in place. The most famous of the remains at ATM is the skeleton of a young woman, which is known as the Crystal Maiden because of its crystalized and sparkling appearance. The Crystal Maiden is one of many skeletons in the cave that are thought to have been sacrifice victims. Through the passage of time, skeletons and artifacts have become calcified to the cave floor, thus becoming a part of the cave itself.

Although it may not jerk you around by a speedboat’s tug line or send you home with numb fingers and toes, cave tubing is exciting and adventurous in every sense. It’s unique, educational, and the best way to experience the acclaimed river caves of Belize.