Treasure Out of Trash 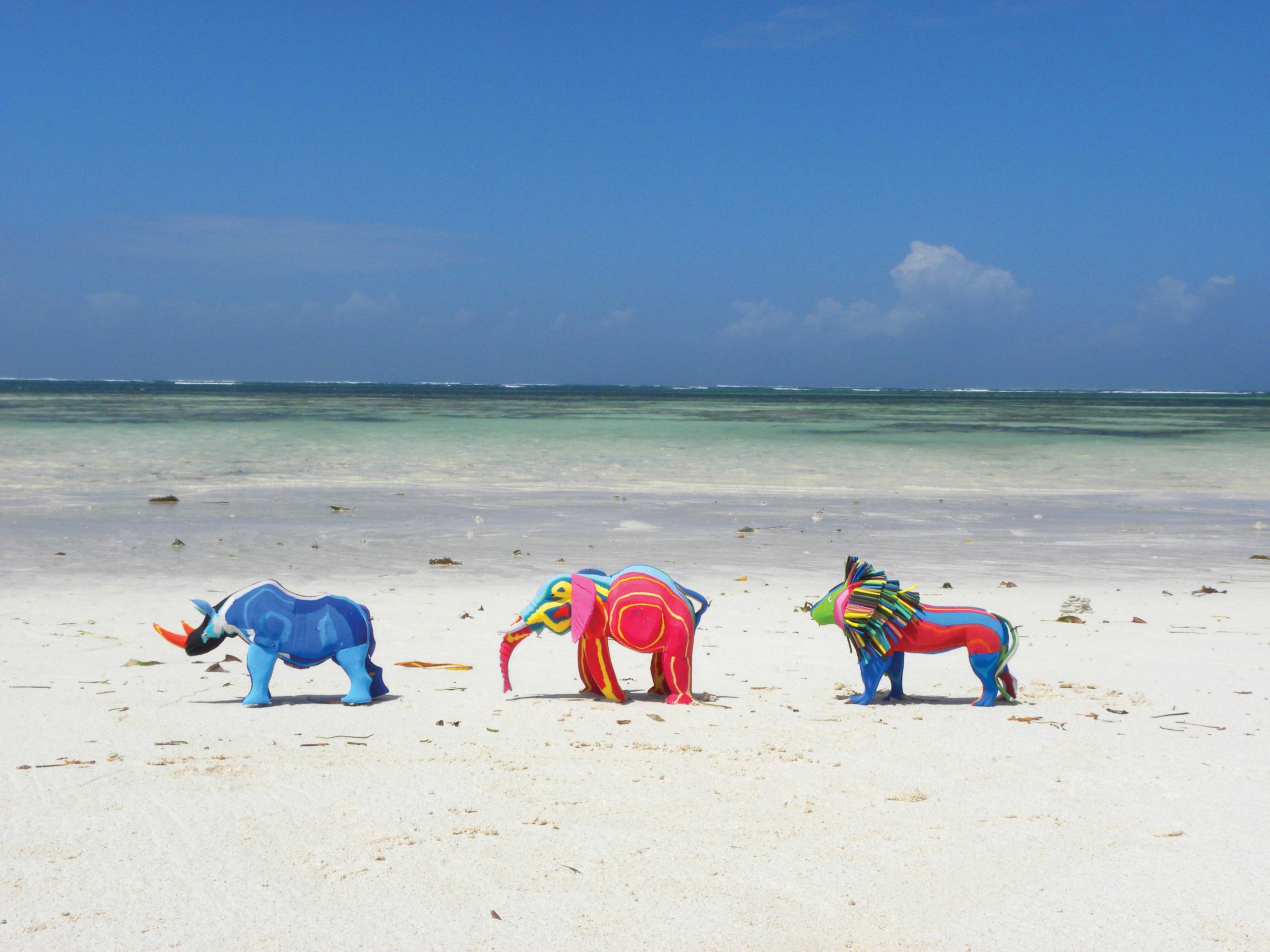 Kenya is a land of vast natural beauty. However, the country’s magnificent landscape is marred by the trash that washes up on beaches and flows out of landfills. In the last two decades, entrepreneurial individuals have found ways to recycle certain kinds of waste into beautiful products.

Soft foam, sharp knives, and sticky glue grace the workbench at an Ocean Sole production line just outside Nairobi, Kenya. At Ocean Sole, a company that reuses waste for profit, hundreds of thousands of ocean-polluting flip-flops are scavenged from beaches and recycled into colorful animal sculptures and other gifts.

Workers at Ocean Sole make sculptures and other objects from recycled flip-flops.

In 1997, marine conservationist and native Kenyan Julie Church led a conservation and development project for the Kiunga Marine National Reserve in northern Kenya. During this project, Church was horrified by the amount of waste that was washing up on the beaches of eastern Africa. Inspired by the toys that local children made from washed up flip flops, Church encouraged local women to collect, wash, and cut the discarded flip-flops into colorful toys and gifts.

This was the beginning of what would eventually become Ocean Sole. Brightly colored African animal sculptures of various sizes are the most common products created by Ocean Sole. Artists melt flip-flops together, carve them into sculptures by hand, and add foam embellishments. The products are then shipped all over the world and have become popular souvenirs at zoo gift shops and at craft fairs.

Corporate social responsibility is at the center of Ocean Sole’s interests. It donates 10% of its production costs and 5% to 25% of its profits to the Ocean Sole Foundation, whose charter is to RISE (recycle, innovate, sustain, and educate) to action. The company employs over 100 Nairobians in city slums and in remote coastal areas.

Workers at Ocean Sole make sculptures and other objects from recycled flip-flops.

Creating treasure out of trash is not uncommon in Kenya. Other small companies recycle waste to create jobs and provide income for many individuals.

David Nderitu, a 16-year-old Kenyan, who began making recycled jewelry from old technological devices that he now sells both locally and internationally, founded a similar company. Nderitu’s most popular product is his microchip earrings; they are a unique style and are catching on quickly. As of 2014, Nderitu was able to produce 60 pieces of jewelry by himself in two weeks.

“It makes every ecological sense as well as economic sense to recycle waste materials instead of disposing them to cause hazardous effects to the soil,” Nderitu stated in an interview with Borgen Magazine. Electronic waste is a growing problem in Kenya: 15,000 tons of electronic waste is shipped there every year. The toxic chemicals inside these electronics are very damaging to the environment.

However, recyclers and exporters like Nderitu and Ocean Sole are turning the country’s waste burden into a lucrative business venture. Waste management is an issue that has no obvious or easy solution. Not only do we need to rethink the way we recycle and dispose of unwanted materials, we also need to consider the effects recycling and disposal have on others down the line. Though both of these visionaries make only a small dent in the amount of waste in Kenya, they are great examples of people doing their best to turn trash into treasure.

All photos courtesy of Ocean Sole.