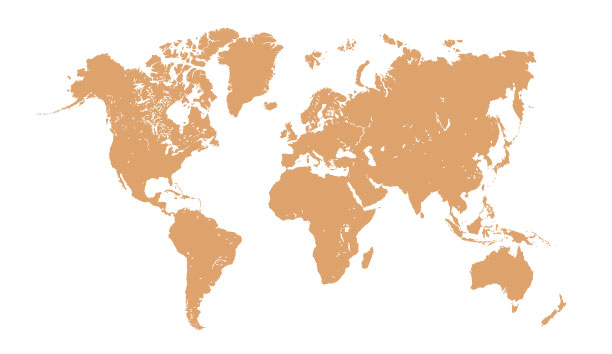 Losing a tooth is a highly anticipated milestone for young kids. Not only does it mean that they are growing, but the event may also involve an exciting cultural tradition.

Traditions related to losing baby teeth have been circulating since the Middle Ages, when Vikings paid children for their teeth and the English burned baby teeth to save children’s souls. Throughout the years, these customs have transformed into modern-day traditions around the world.

In most English-speaking cultures, the loss of a tooth often guarantees a special visit from the tooth fairy. If the toothless child places the pearly-white tooth under a pillow, the nocturnal fairy will appear once the child is asleep to exchange a treasure, usually money, for the tooth. Over the past decade, it seems that the average value of a lost tooth in the United States has increased—the Original Tooth Fairy Poll has charted the increase from $1.60 to $4.36.

In Spain, kids also eagerly await gifts in exchange for their teeth. But their gifts come from a friendly mouse, Ratoncito Pérez. The legend began in 1894 when Spanish author Luis Coloma wrote a children’s book to ease the mind of eight-year-old Alonso XIII (who would later become the king of Spain) about having lost a tooth. The book told of the adventures of Ratoncito Pérez, a rodent residing in a box of cookies on a street in Madrid, who would search out the bedrooms of children who had lost teeth and give them presents. The legacy of Ratoncito Pérez has lived on for over a century in many Spanish-speaking countries. Madrid even runs a museum, Casa Museo de Ratón Pérez, in his honor.

According to Jamaican folklore, losing a tooth can lead to the risk of abduction by an evil spirit called Rolling Calf. When a tooth falls out of a child’s mouth, Rolling Calf comes to snatch not only the tooth but also the child. To scare away the spirit, the child must put the lost tooth in a tin can and shake it. Apart from Rolling Calf, another Jamaican tradition requires that children throw lost teeth onto the roof and chant “Ratta Ratta, take my old tooth and bring me a new one.” This ensures that a new tooth will grow in place of the lost one.

For Turkish families, a lost tooth is more valuable than currency. In fact, a lost tooth is priceless, as it can affect a child’s future. Tradition states that a child’s tooth, if buried in a certain location, can foretell the future of the child. Turkish parents take a child’s lost tooth and bury it in a garden for luck. The location of the garden is important because it will affect the child’s future accomplishments. For instance, if the parents want their child to graduate from a university, then they will bury the tooth in the garden of a university.

Northern Africa and the Middle East

The ancient tooth-throwing tradition in Egypt dates back to the thirteenth century. In fact, this tradition continues to be common throughout northern Africa and the Middle East. When children from this region lose teeth, they throw their teeth up into the sky with hopes that the teeth will reach the sun. The goal is that the sun will grant each child a brighter smile by sending a new, shiny tooth.

No matter the location, the loss of a tooth has turned into a monumental moment in a child’s life. Whether the tooth is placed under a pillow, thrown into the sky, or shaken in a can, these toothy traditions give children a reason to celebrate growth.