The Kimono: An Icon for the Ages 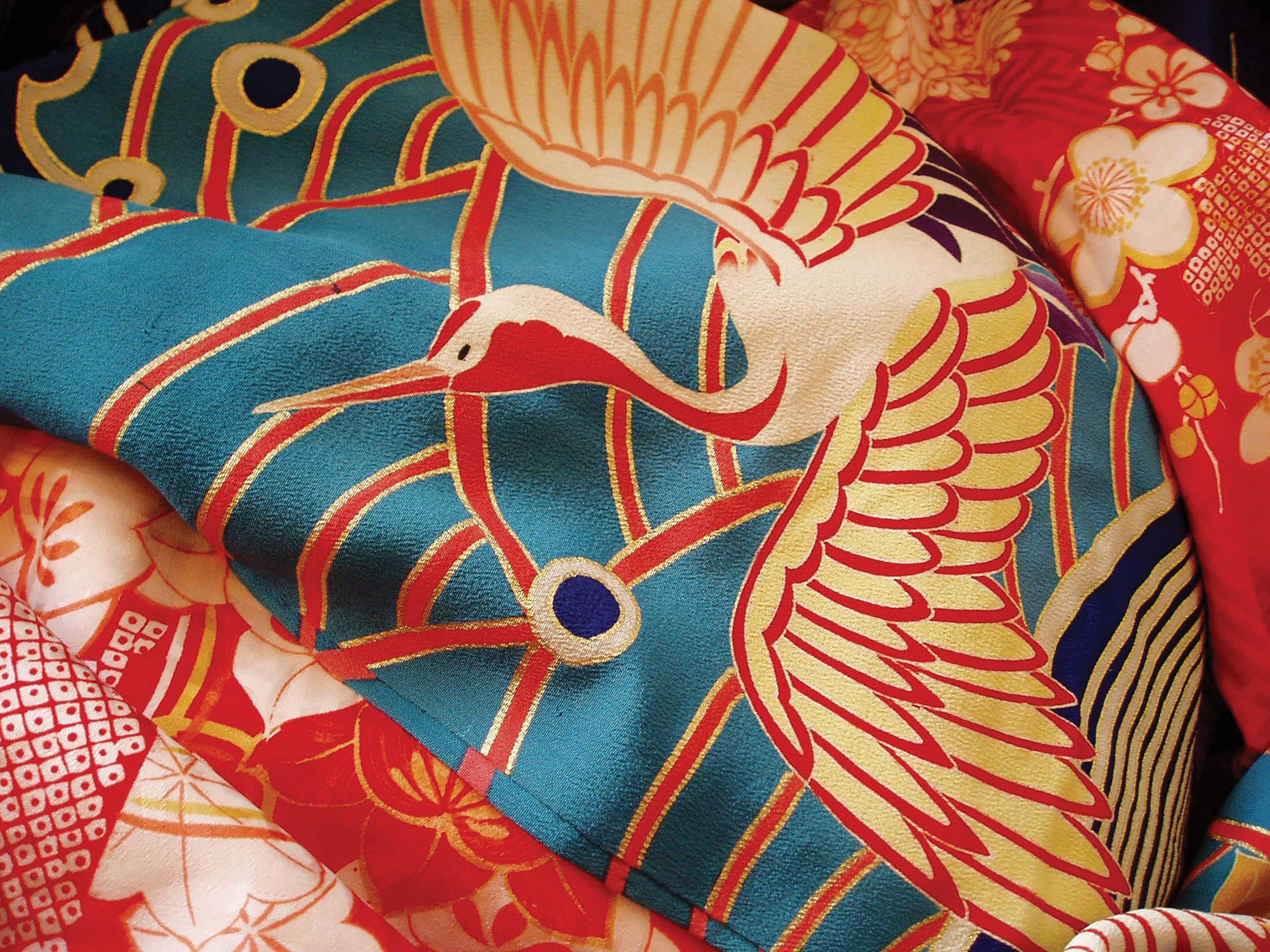 Kimonos are the ultimate icon of Japanese culture. From the Asian-inspired tops at the trendy clothing chain Forever 21 to Madonna’s vibrant red garb in her 2009 music video and even to Van Gogh’s works inspired by the Land of the Rising Sun, it’s no secret: kimonos are all the rage.

Just take a stroll through your local metropolis. Celebrities, fashionconscious teens, and young moms pay tribute by wearing variations of the traditional garment. Pop culture has produced an assortment of modern twists: flowy, “kimono-inspired” dresses; bold, floral jackets; purses mimicking the folds of the garment; and even fashion lines inspired entirely by the kimono.

Its legacy began centuries ago. Derived from the word meaning “wear” and “thing,” the kimono was once primarily heralded for its overall practicality. In AD 700, the Japanese typically wore separate skirts or trousers with an accompanying top for their daily attire. However, when seamstresses developed a new fabriccutting method to cut and sew material in a straight line, the new loose robe did not require precise measurements for the wearer. And voilà—an iconic new fashion was born.

The original kimono was simple— a straight-seamed, T-shaped garment that was easy to both wear and fold. The left side was wrapped over the right (unless dressing the deceased for burial) and fell to the ankles. The obi, a wide sash tied at the back, was used to adjust the kimono to the wearer’s body and became the saving grace for those of shorter stature.

While the cut of the garment varied, it was the pattern of the material that ultimately showed just how privileged the wearer was. Typically constructed from silk, the kimono displayed colors to reflect the season and occasion for which it was worn, and the female kimono was often constructed from more vibrant, sumptuous material to become a true showstopper. Male or female, common folk or high-class citizen, the kimono became the blue jean of ancient Japan.

As Japan grew in economic power into the seventeenth century and beyond, economic activity overseas instigated a fascination with the goods of the Far East. As technological developments reduced the price of silk, kimonos became more accessible to the general public and gained popularity with fashionable crowds in Europe and America towards the end of the nineteenth century.

Its popularity in all forms endures today—both the traditional and the trendy. A symbol of Japan’s feudal past, today the traditional kimono is worn in Japan only at formal occasions and other cultural events, like tea ceremonies, summer festivals, funerals, and New Year’s celebrations. Tourists and locals alike don the kimono while strolling the streets of Kyoto, the ancient capital of Japan. While the kimono is now rarely worn as a wardrobe staple, it has become even more highly symbolic of Japanese culture.

In the fashion scene, the kimono has experienced a resurgence in popularity. Because a traditional kimono can cost as much as 10,000 US dollars, the do-it-yourself millennial generation has taken to second-hand kimonos that can be refashioned to meet modern trends. In a non-traditional sense, it has become an international inspiration for modern culture—for pop-music videos, artistic masterpieces, and fashion designers.

Trends come and go. And it might be a velveteen fringe kimono top at Forever 21, a music video for a pop sensation, or a masterpiece with overseas influence, but one thing is for certain: the kimono is an article of clothing that will endure for years to come.