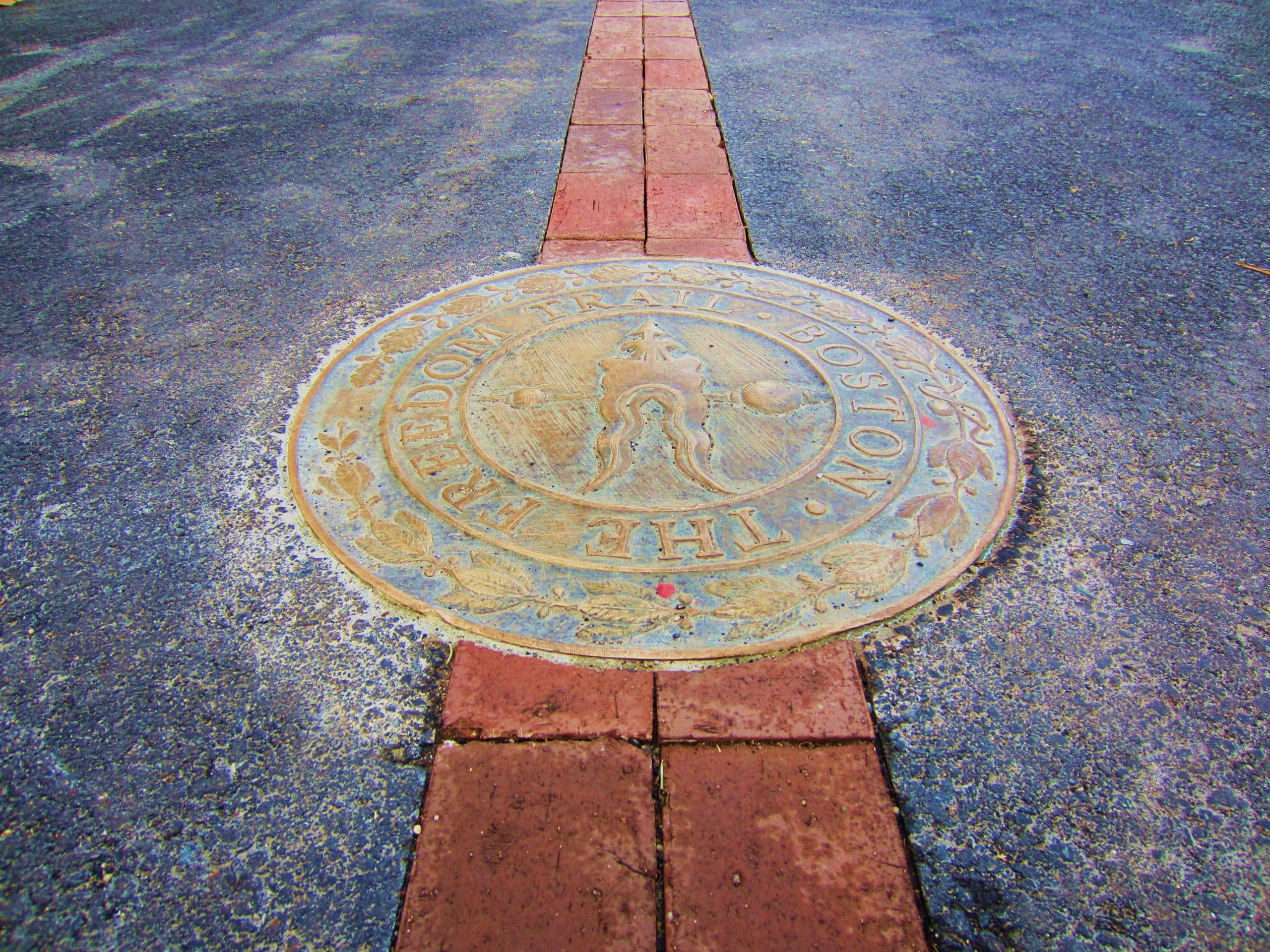 A red brick road zig-zags its way through Boston. Two bricks wide, sandwiched side by side in the pavement, the Freedom Trail directs young Bostonians, tourists, and travelers through a bustling city of skyscrapers and traffic. Hunkering at each location marked on the map sit three-hundred-year-old buildings and monuments that were built during the birth and rise of Boston.

The Freedom Trail provides a unique opportunity to see living history down this two-and-a-half-mile trail. The Freedom Trail players, or guides, dress up in time-appropriate clothing of the 1700s. They recount history of the Revolutionary War as if they had lived through it. They teach about the daily lives of people during this period, and for the younger audiences, show children how they churned butter, sewed stockings, and cooked dinner. It becomes an interactive history exhibit that is both entertaining and educational.

The Freedom Trail can be a fun vacation spot and a great place to learn. Freedom Trail Foundation executive director Suzanne Taylor said, “After children experience living history, we see a 15–20% increase in their scores on history exams.” The Freedom Trail sparks an energy and excitement for history that wasn’t there before.

The Old North Church is the oldest church building standing in Boston. It was opened to churchgoers in 1723. This building also played an important role in the Revolutionary War. Paul Revere arranged for the sexton of the Old North Church, Robert Newman, to climb the stairs and ladders up to the very top of the church to hang either one or two lanterns to alert the Colonial army of the approach of the British army. This led to the famous lines “one if by land, and two if by sea” in “The Midnight Ride of Paul Revere” by Henry Wadsworth Longfellow.

Paul Revere’s house is one of the oldest still-standing wooden structures in downtown Boston. It was built around 1680 and was almost one hundred years old when Paul Revere bought it in 1770. This is the house he was living in when he made his famous ride to Lexington.

Along the trail you can see the exact spot where the Boston Massacre occurred, marked by a ring of stones along the Freedom Trail. You can stand in the same place that Edward Garrick stood when Private Hugh White hit him in the face with the butt of his musket, sparking the massacre.

Five thousand colonists flooded into the Old South Meeting House (which must have been very crowded, indeed) in December of 1773, trying to decide what to do with the 30 tons of tea sitting on three ships in the Boston harbor. If they unloaded the tea, they would have to pay a tax to the British. The final verdict was to send the tea back to England. But then Samuel Adams stood up, saying, “This meeting can do nothing more to save the country.” This was rumored to be the sign that began the Boston Tea Party, telling the Sons of Liberty, who were dressed as Mohawk Indians, to dump the tea into the harbor.

The Freedom Trail, with its red brick road, can take you back in history, back to connect with America’s roots, and let you experience what America was like when it was born. So if you’re ever in the Boston area, make sure you take an afternoon to check out the Freedom Trail and discover how our freedom came to be.