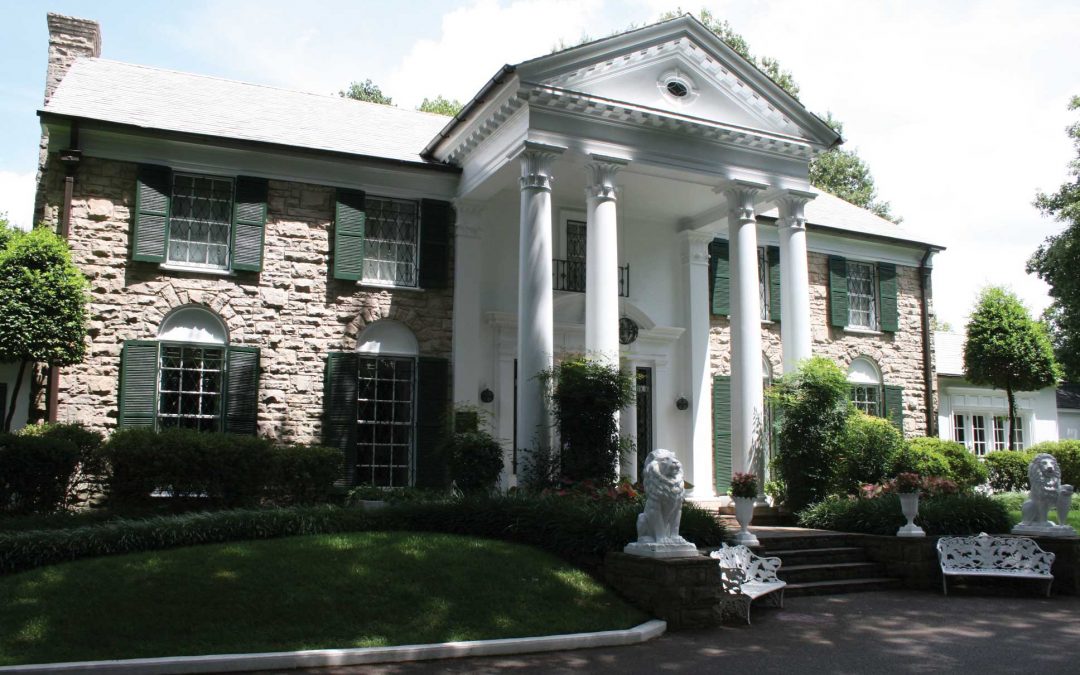 Travelers have long since sought out places associated with classic artists: Stratford to visit Shakespeare’s hometown, Giverny to tour Monet’s house, and Salzburg to bask where Mozart composed his music.

However, today’s travelers seem more influenced by pop culture. With the amount of pop culture that the average person consumes, it isn’t surprising that singers, bands, songs, and movies are influencing flight plans and tourist destinations. The release of George Ezra’s song “Budapest,” for example, sent travelers flocking to the Pearl of Danube, according to The Huffington Post.

Elvis, the Beatles, and Disney all seem to demonstrate this phenomenon in an overwhelming fashion. All of these pop culture icons have changed and continue to change the face of travel.

Following ‘The King’ from One Place to the Next

David Wade, an Elvis Presley fan from England, has followed the King since he was nine years old. While Wade’s lifelong fan status is not too uncommon, he set himself apart by making a business out of his passion for all things Presley.

In 1972, at the age of 26, Wade started the Elvis Presley Travel Service for other fans in the UK. Every year the company hosts two tours from the UK to the United States, taking their customers to visit the sites connected with the beloved King. On the 25th anniversary of Elvis’s death, Wade’s travel service had a mind-blowing 1,017 people participate in the tour. The travel service also has nearly 13,000 likes on their Facebook page.

According to Wade, fans travel to these sites to connect with other fans, to learn more about the history and geography influencing the artist or movie, and to have that competitive edge over other fans. In other words, there’s cultural capital involved.

One might expect that only older generations seek to travel on this tour; however, they have had travelers as young as 19 years old and others as old as 80. Often, several generations within a family will embark on the journey together. Travel inspired by pop culture knows no age limit.

Not all Elvis enthusiasts follow the King through an agency. Abby Montano, an Elvis Presley fan from the United States, traveled with her own family to many sites connected with the King.

For her, traveling to Elvis Presley sites was more about creating familial bonds than anything else. Her grandpa loved Elvis his entire life—his family even affectionately called him Elvis, as they claim he looks just like the King. Through her journeys to sites connected to Elvis, she has had an opportunity to remember Elvis and make memories with her family.

From his residence in Memphis, Tennessee, to his birthplace in Tupelo, Mississippi, the King made an undeniable presence and true fans like Wade or Montano have attempted to go to every one of them.

Holly Mancuso’s travel was also inspired by music, but her passion took her across the pond to England’s Abbey Road, made famous by the Beatles. Abbey Road represents a sort of Beatles Mecca; a place where every fan seeks to take the iconic photo featured on the Beatles’ cover art in 1969.

While a fan of the Beatles, she mostly wanted to go there to say she’d been. The street cred earned by saying, “I went there,” and taking cool photos is just too much to pass up.

She isn’t alone in this thinking either. Thousands of users on Bucketlist.org have listed crossing Abbey Road as an event to complete in their lifetime and thousands more have posted photos and stories of their journey to the iconic site.

So many people cross Abbey Road that every three months, the city has to repaint the wall next to the crossing to cover all of the fans’ graffiti, according to a BBC article.

There is even a live webcam so people can see footage of themselves crossing the road. Fans have to work to get this coveted photo because Abbey Road is still a busy road. Tourists have to either wake up early or try to take the photo while dodging around the bustling traffic.

In 2010, the minister for Tourism and Heritage gave Abbey Road a Grade II building status. A Grade II building status is designated for monuments of national importance and of special interest, according to an article by The Telegraph. Only 5.5% of all buildings in England have received this distinction, an honor typically reserved for historical buildings such as Rise Hall, the London Coliseum (a theatre that opened in 1904), or the Bank Hall Mansion House (which dates back to the seventeenth century). Abbey Road was the first road to ever receive this status.

The fact that the Beatles turned this road into a national monument is remarkable. Despite the legacy the road has created, it was chosen by mere coincidence. Before the Beatles and Abbey Road Studios, it was just a road. In a BBC article Minister John Penrose said, “This London zebra crossing is no castle or cathedral but, thanks to the Beatles and a 10-minute photo shoot one August morning in 1969, it has just as strong a claim as any to be seen as part of our heritage.”

Londoners have definitely claimed Abbey Road as part of their heritage, and travelers around the globe seem to want to make it part of their own cultural experience as well.

Disney films have influenced travel as much as the Beatles and Elvis, if not more so. Even though many of Disney’s films are animated, they still influence travel decisions. Disney has created tours based off their films.

One movie in particular that seemed to heat up travel was Disney’s Frozen. Frozen became an immediate success upon its release in November 2013. The movie inspired parodies, spoofs, and numerous covers of the song “Let it Go.”

The popularity of the movie sparked an increased interest in the country that inspired the setting. Arendelle, the city in Frozen, was based off an actual port town on Norway’s southern coast, Arendal, and many other cities, such as Bergen and Oslo served as inspiration for the movie.

Consequently, Norway’s tourism has more than tripled since the film was released, according to an NPR article. The effect has been staggering. Visit.Norway.com saw an increase of 350% of visitors to their website. There was a 37% increase in hotel bookings and a 40% increase in tour operators receiving business, according to Time.com.

Furthermore, Norwegian Air Shuttle ASA’s ticket sales went up by 52% for flights from the United States to Norway, and Flight Tracker Norwegian flights went up 153%.

Regardless of how pop culture influences travel, the activity seems to create lifelong memories for travelers of varying ages, genders, and countries of origin. Memories are made through traveling, and as a result, travelers seek to amplify connections to artists by traveling to places connected to them. Pop culture might be a frivolous industry for some, but when it comes to travel, it’s had a serious impact.