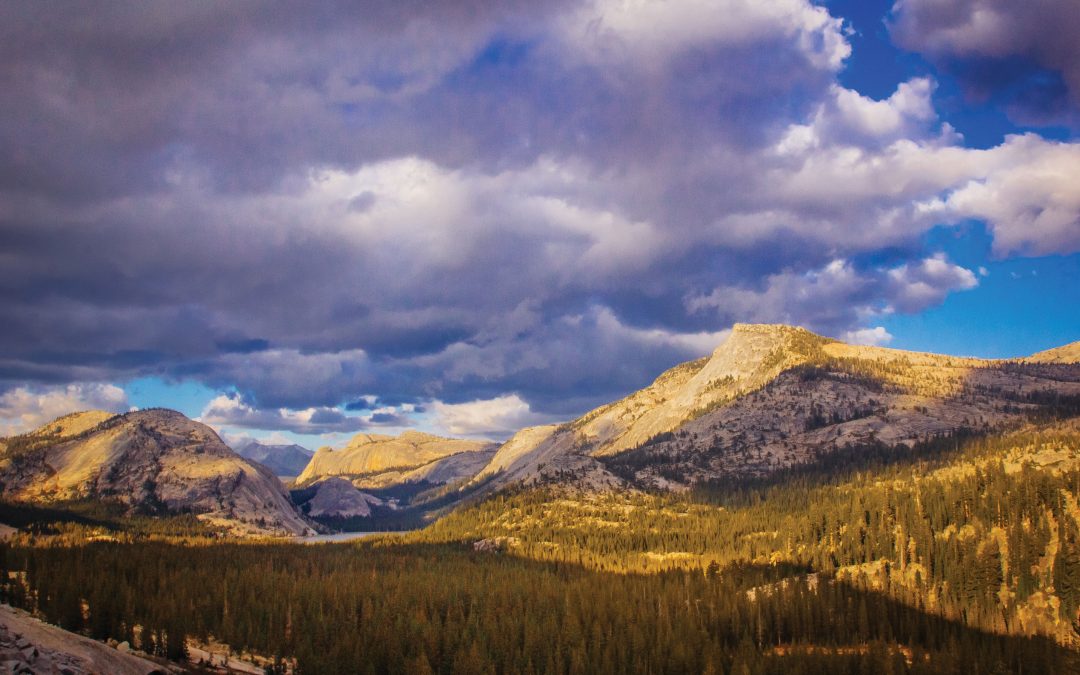 America is unique in many ways and heralded by many to be “America the Beautiful.” But one of the most striking differences is the diversity of the physical environment and geography found from coast to coast.

While America’s physical beauty has a history going back far longer than a century, this year marks the centennial celebration of America’s efforts to preserve this pristine and rugged landscape for future generations.

On August 25, 1916, President Woodrow Wilson signed the Organic Act, which led to the formation of the National Park Service (NPS), a federal bureau designed to have stewardship over the 35 already existing national parks and monuments. It was also the day that began a new century of inspiration for Americans (and international visitors), revolutionized family vacation traditions, and started a push for education about the environment.

American author and environmentalist Wallace Stegner said, “National parks are the best idea we ever had. Absolutely American . . . they reflect us at our best rather than our worst.”

Many people were influential in the creation of America’s “best idea.” Conservationist John Muir, who wrote about and studied several areas that would later become national parks, is fondly referred to today as the “father of our National Park Service” because of his role in creating and bringing attention to these national parks. President Theodore Roosevelt was also a noted naturalist and conservationist who strove to make the federal government a staunch supporter of public lands, thus helping pave the way for the birth of the NPS.

Others were instrumental in the maintenance of the parks, including the many notable park directors throughout the years. While each of the directors made positive contributions, some notable ones were Conrad Wirth, who helped accomplish Mission 66—a ten-year and ten-billion-dollar program to improve park facilities in honor of the NPS’s 50th anniversary; George Hartzog, Jr., who helped expand the National Park Service with the addition of seventy new areas; and Robert Stanton, who was the first African American director and helped the NPS better serve minorities.

The NPS would be nothing without its founders, nor would it continue to thrive today without the millions of travelers who tour the parks each year. These visitors are integral to the NPS and its mission. Each year, new attendance records are being made with nearly 300 million visitors and counting annually. The NPS has 409 national sites in the United States. Visiting these federally preserved lands has become an American tradition that has been passed down through generations as visitors are mesmerized by the beauty and splendor found in each of the unique national parks.

And the NPS has succeeded with record-breaking attendance each year, including international travelers. A study by George Washington University (GWU) published in 2000 reports that of the millions of visitors who come the United States each year, 21% (nearly 5 million) will visit one or more national parks. Not taking into account tourists from other North American countries, the most visitors come from the United Kingdom, France, or Germany.

Many of these international visitors find themselves at the Grand Canyon. On a traveler’s first visit, many report how overcome they are by the pristine, awe-inspiring beauty that these unimpaired resources offer. Indeed, GWU’s study found that the qualities most important to international travelers when choosing a park to visit are “scenic beauty and other natural features.”

Connie Layton from Utah loves visiting national parks. Layton visited national parks as a child and was able to pass this love on to her children. During one family vacation to Zion National Park in southwestern Utah, she and her husband, Scott, hiked Angels Landing with their children.

Because their seven-year-old son was a little nervous about the ascent, Scott tied a rope around their son’s waist and helped him succeed on his hike to the top. Layton said this was when she saw a real turning point in her son’s confidence.

For her, national parks remind her of family trips such as these, as well as the experiences and confidence the parks have given her children. “National parks are destination spots—that’s where you take your family,” she says.

And the tradition continues with the Layton children and grandchildren. Layton reported that because of the government’s initiative “Every kid in a park,” children in fourth grade and their families can visit national parks for free. Her grandson who is in the fourth grade was excited to choose parks to visit with his family—keeping their family’s generational appreciation of the national parks alive.

Similarly, Sariah McCarrey, who grew up appreciating the outdoors in her home state of Colorado, reflected on how grateful she is for the chance she had to visit national parks. “Every memory I have of the outdoors as a child is from a national park. Camping, hiking, canoeing, rafting, skiing, picnics; there’s really no limit to what you can do. I’m glad I grew up in a place with those chances, and I want my kids to have them, too.”

Lee and Alena Fluharty, also from Utah, are avid national park enthusiasts as well. The couple bought a National Parks pass (typically $80) that paid for itself within a few months because of all their national park trips. (Fees vary depending on the park, but usually entrance fees are $20–$30.) Fluharty says, “I love the pristine beauty of each place and how we are allowed to go and be a part of each park. I also love how each park is unique and has its own experience that can’t be replicated. I am grateful for the conservation of parks so that everyone has an opportunity to visit and be inspired by nature.”

The NPS is celebrating its centennial year with new campaigns and programs to get people involved, such as the “Find Your Park” movement to connect visitors with nearby national parks. The NPS website has information on finding the parks closest to you, volunteering, and planning trips. The NPS also encourages sharing your story about the national parks and reading other people’s stories at nps.gov.

In having and sharing these experiences, we are united with others from all over the world as it gives us something in common to celebrate. Edwin C. Bearss, NPS Chief Historian from 1981 to 1994 said, “Such great national symbols and meccas as the Liberty Bell, the battlefields on which our independence was won and our union preserved, the Lincoln Memorial, the Statue of Liberty, the Grand Canyon, Yellowstone, Yosemite, and numerous other treasures of our national park system belong to all of us . . . help make us all Americans.”

In celebration of 100 years of America’s “best idea,” the NPS is looking forward to the next 100 years of preservation, education, and recreation. A central part of this centennial celebration is involving the public in the future of the NPS. The NPS is encouraging people to support the organization through volunteering and exploring national parks across the country. So now is the time to plan a trip to the park that has always been on your bucket list and prepare for an amazing park experience, and you, too, will come to understand and appreciate “America the beautiful.”