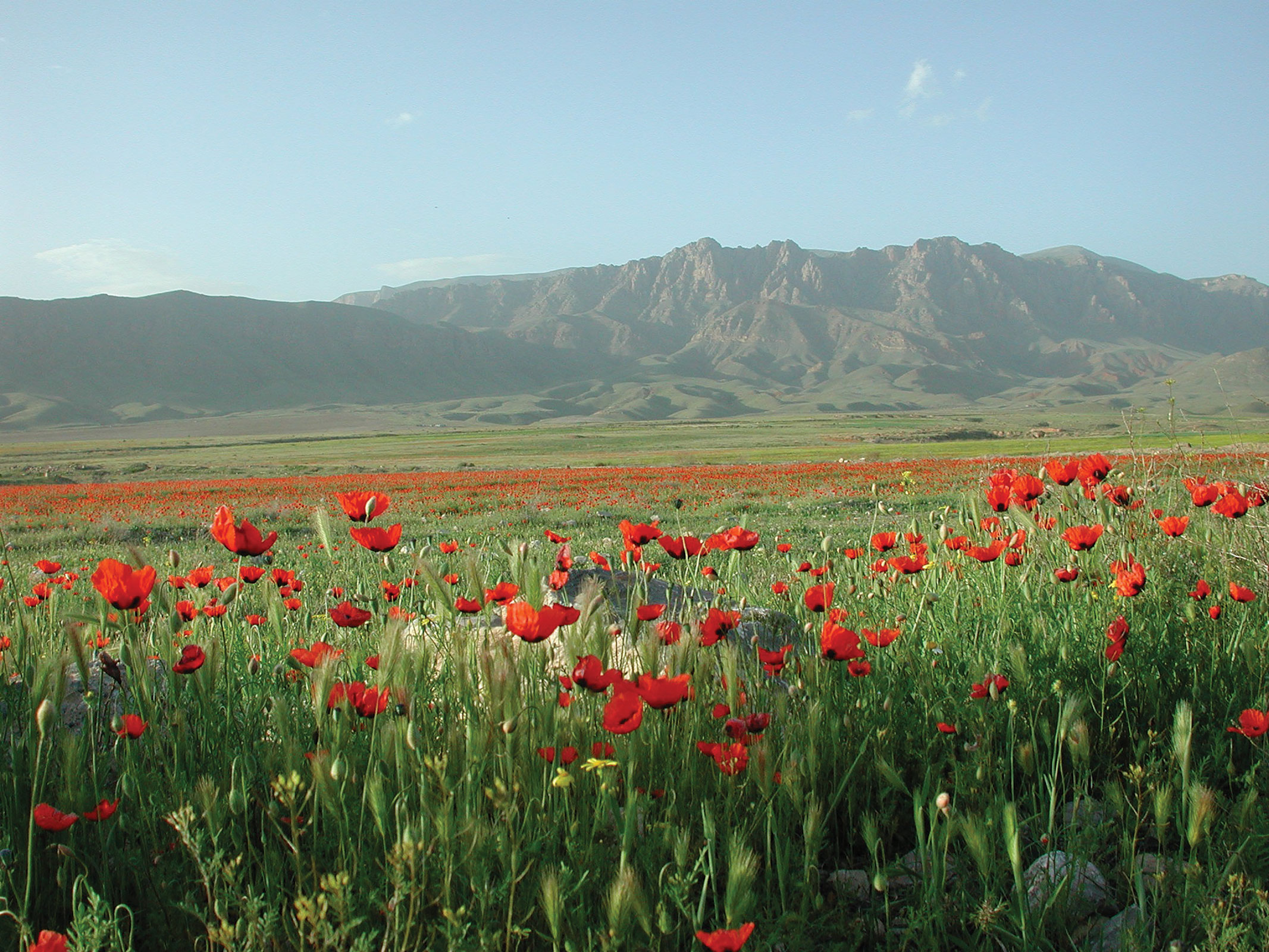 Turkey is a land laden with a mystical heritage. Some of that may come from its colorful history and cultural flavor, but some of that enchantment comes purely from the land itself. Turkey is rich in natural wonders, especially in sites such as Pamukkale, the Valley of the Fairy Chimneys, the Armenian Highlands, and the Aegean Sea.

Pamukkale is a natural wonder, a gem of geological formations, recognized for its pristine natural beauty around the world. It is a World Heritage site, prized for its hot springs and deposits of the carbonate mineral travertine. The travertine deposits give the rocky formation a crystalline, white appearance, matching its name, which in Turkish means cotton castle.

Hot springs flow across and through Pamukkale, pooling at seventeen intervals like terraces across the high face of the formation. They closely resemble infinity pools found in high-end neighborhoods, only they’re pure white and on a cliff face. When the pools reflect the sky, especially the sunset, the effect is stunning.

There has been some trouble with maintaining the purity of Pamukkale, so shoes are no longer allowed around the pools. But who would want to miss walking, or even wading, through those glistening hot springs? Not many who have visited in the last several thousand years have been able to resist the urge. Though only some of the smaller pools are open for use now, they remain deeply satisfying.

Most of the year, Pamukkale is temperate and warm, but not all of Turkey blushes under those soft Mediterranean breezes. Some of the harsher environments have a mysterious beauty of their own, such as the Valley of the Fairy Chimneys in the Cappadocia region.

Geologists would more accurately refer to the Fairy Chimneys of Turkey as hoodoos. They are magnificent spires of desert rock rising from about 5 feet to almost 150 feet. They form in areas where there has been volcanic activity in the past. A harder type of rock on top helps to preserve the softer sedimentary rock, called mudstone, beneath it. The result is a valley full of rock towers, thin and spindly, with points on top as if they were the chimneys of some mythological desert creature.

The erosional patterns on the Fairy Chimneys give them a silhouette similar to that of totem poles. They taper upwards from the ground with essentially the same thickness from their base to their pinnacle.

The land around the Fairy Chimneys is intriguing as well. They are found in the Cappadocia region on a high plateau bordered by the Black Sea, the Armenian Highlands, and the western plains of Turkey. The Highlands in particular tend to go overlooked by tourists.

The Armenian Highlands are often associated with the Armenian Genocide, which took place during World War I, but the Highlands contain some incredibly beautiful secrets as well. They originally formed when two tectonic plates—the Arabian plate and the Iranian plate—collided, creating fold-shaped hills and mountains. The far eastern parts of the Highlands are still too close to contested territory in the Middle East to make for a comfortable tour, but the Zagros Mountains still offer excellent views and discoveries. These mountains, which can rise as high as 18,000 feet above sea level, border the flatlands of Mesopotamia, a land acclaimed as the cradle of civilization.

The climate in the Highlands is somewhat cold and arid, but this has allowed pieces of a bygone world to remain nearly unaltered. The bones of Neanderthals have been uncovered there as well as many relics of civilizations that thrived alongside ancient Sumerians.

The rural threads of civilization that continue do so in the same way as they have done throughout the ages. Such experiences could not be found in Turkish cities.

Among the pistachio steppes in the Highlands, the ancestors of many other familiar plants can be found growing in the wild, including apricots, almonds, pomegranates, plums, and walnuts. Some animals, such as the Persian fallow deer, remain very similar to how they would’ve been in prehistoric times. Others, such as the striped hyena and the Basra reed-warbler, are endangered.

These and other natural wonders in the Armenian Highlands appear in an isolated part of the world, yet their serene isolation stands in stark contrast to overcrowded metropolitan centers. But there are some advantages to being near these metropolitan centers. One of the natural wonders a little more conveniently oriented is the Aegean Sea, and it rests in all its Mediterranean glory on the western border of Turkey, the opposite side of the Armenian Highlands.

The Aegean Sea is home to many islands, including Crete and Rhodes, that fill in the distance between Turkey and Greece. The islands that belong to Turkey are Imbros and
Tenedos. These names are not as familiar as their Grecian cousins, but they hold a comparable wealth of natural wonders and culture. According to legend, the stables of Poseidon’s winged horses were situated between the islands of Imbros and Tenedos.

In antiquity, Imbros was the seat of an Athenian colony. Besides an abundance of history, including a castle, there are beaches to enjoy, wooded areas to explore, and small Turkish villages where many kinds of produce are harvested. There is even an extinct volcano and an underwater scuba diving park, which hold a lot of potential for new ways to enjoy nature. Conveniently, an airport is currently under construction on the island of Imbros.

Tenedos was named for a hero in the Trojan War. The touch of antiquity has certainly left its mark on this island. It is most well known for its red poppies and its abundance of fish. There is a ferry that reaches Tenedos from Istanbul.

On each of these Aegean islands exists a mixture of Turkish and Greek tradition. And nowhere is the tradition of balmy summer beaches kept more completely.

Not all of the places to visit in Turkey are in bustling marketplaces or noisy fishing docks. Many interesting sites slide into the backdrop of tourism books, but these quiet gems
hold their own when individuals seek them out to unveil them. There are places like Pamukkale that invite awe, places like the Fairy Chimneys that provoke curiosity, places like the Armenian Highlands that suggest timelessness, and places like the Aegean Sea that offer tranquility.

When you think of Turkey, think of those places too. Don’t be in so much of a hurry that you miss out on some of the most splendid delights of Turkey.