The Waters of Africa 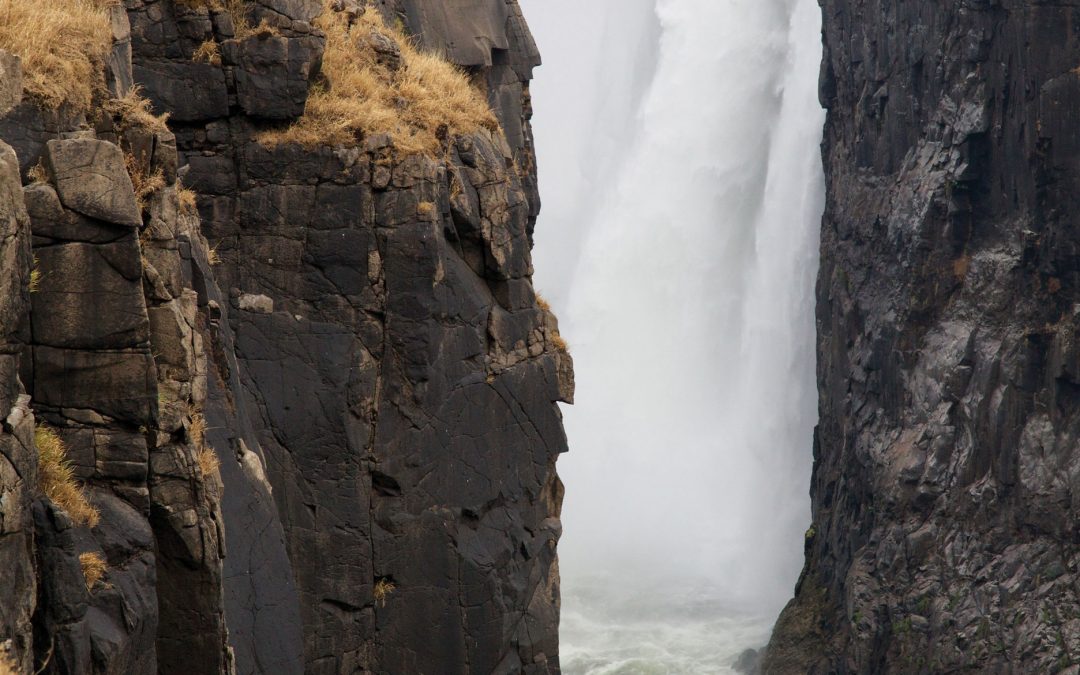 Africa is a magical place where nature roams free alongside history and modernity. Among all of this rich culture flows life-giving rivers and waterfalls. Flowing through different environments, these unique rivers have provided man’s oldest ancestors with life and still provide for today’s current residents. Travel with us to Africa where we will flow down the Nile, across Victoria Falls, and over the Orange, Limpopo, Niger, and Congo Rivers to discover what this great continent has to offer.

The Nile River: Flowing through History

Needling through eleven different countries, the Nile River is Africa’s most famous river. Kingdoms and empires grew and thrived near its fertile base, the flooding giving crops sustenance to live. Nowadays, the river provides life for the inhabitants along its bank as the countries surrounding it—Tanzania, Uganda, Rwanda, Burundi, Congo-Kinshasa, Kenya, Ethiopia, Eritrea, South Sudan, Sudan, and Egypt—incorporate it into a modern lifestyle by building dams.

The Nile River stretches through eleven different countries of varying landscapes, like Uganda.

As the Nile stretches into Egypt, it stretches through the Valley of the Kings, where pyramids rise against the blue sky, the majestic Sphinx watches over travelers, and the stunning temples of Luxor and Karnak glisten in the sunlight.

To really experience the Nile, the local tourist market has set up two types of cruises. The first is a comfortable cruise along the Nile in a boat that is a lot like a hotel. On these small cruise boats, tourists can enjoy the serene flow of the Nile as they swim in pools, relax in hot tubs, and dance on small dance floors with either recorded or live performances. These cruises generally last anywhere between three to seven days, allowing the tourists to relax and enjoy the peace of the Nile.

The other cruise experience is aboard a felucca, Egypt’s traditional Nile sailboat. Feluccas are generally small, wooden boats with one or two sails. During these trips, which usually range from short trips of several hours to multi-day skirmishes, tourists experience the Nile like a regular person, without any added amenities. For the longer trips, tourists sleep on deck beneath the Egyptian stars, enjoying the cool breeze wafting over the boat sides.

Victoria Falls: The Smoke that Thunders

Victoria Falls flashes golden in the morning light. Many tourists try to get to the falls early to see rays of sunlight sparkle off the mist. Photo by Mario Micklisch. cc

Before tourists see Victoria Falls, they generally hear the torrential pounding of water over rock. Located south of the Nile, between the countries of Zambia and Zimbabwe, Victoria Falls is classified as the largest waterfall in the world, soaring into the sky at 354 feet high, and spanning across the land at 5,604 feet long.

Called Mosi-oa-Tunya in Tokaleya Tonga, meaning “the Smoke that Thunders,” Victoria Falls is an impressive sight to behold. Rainbows fly from the falling water as sun strikes the waterfall, glistening in the air. The falls can be enjoyed from various vantage points on viewing platforms scattered around the different levels. Victoria Falls is broken up into six gorges, where the water thunders down, swelling as it goes.

At the top of Victoria Falls sit two islands: Livingstone Island and Boaruka, or Cataract, Island. A rock barrier near Livingston Island is formed during the low water season, generally between September and December. An eddy forms around this rock barrier called the Devil’s Pool. Adventurous tourists are able to swim in this pool, mere inches from the edge of the abyss.

Orange River: A River of Diamonds

The Orange River is the longest river in the country of South Africa, flowing from the middle of the country west to the Atlantic Ocean. During the summer, visitors enjoy canoeing and rafting down the river. Because of the lack of dangerous animals along its bank and the increase of water levels, visitors and natives alike enjoy all forms of recreation on the water.

The river is famous for its diamonds. The Eureka Diamond and the Star of South Africa diamond were both found near the Orange River in 1867 and 1869, respectively. These diamonds caused a diamond rush that has continued until today, with professional mining companies mining diamonds along the route of the river.

The Orange River doesn’t simply provide a river to adventure in. The river flows through Augrabies Falls National Park, named after the deafening falls that the river flows over. This park provides visitors with hikes to Moon Rock, a giant, domed hill that allows viewers to see the beautiful landscape around them; through the Swart Rante, foothills filled with black, igneous rocks that provide a stark contrast to the fertile environment of the park; and to Oranjekom and Ararat, two viewpoints that provide excellent views of the gorge at the bottom of the fall and allows visitors to see the abundant wildlife all around—especially the local verreaux’s (black) eagles. Echo Corner, another part of the park, is especially popular with kids as it provides a hike through the stunning scenery, and ends in a place where a long-lasting echo can be produced.

Enjoy Africa without the distractions of a tour guide by kayaking down the Orange River at sunset. Photo by South African Tourism. cc

To avoid tourist-centric national parks, explore the Limpopo River, which provides an excellent way of getting to know a river in Africa without the crowds. Flowing through the countries of South Africa, Botswana, Zimbabwe, and Mozambique, this eastward flowing river ends in the Indian Ocean. Be careful traversing this river, though, since crocodiles roam its mirky depths.

In The Elephant’s Child, Rudyard Kipling describes the Limpopo River as “the great grey-green, greasy Limpopo River, all set about with fever-trees” where the “Bi-Coloured Python Rock-Snake” dwells. This river, although not a central tourist attraction, can give the more adventurous tourist a look at a calm African environment as they get to know the local culture.

Ever heard the phrase “From here to Timbuktu?” and wondered if Timbuktu is even a place? Well, it is! And it’s right along the Niger River, Africa’s fourth largest river. Timbuktu provides tourists with the opportunity to visit the Djinguereber Mosque, a striking building of architectural ingenuity, and other mosques within the city. While there, take time to research the rich history found in the region and learn how empires rose and fell for hundreds of years around Timbuktu.

Be aware that the river floods yearly beginning in September, peaking in November, and finishing in May. Between May and September, though, enjoy marshland and lakes the size of Belgium that dot the boomerang-shaped river.

Congo River: The Heart of Darkness and Deliciousness

The Congo River has been made famous through Joseph Conrad’s The Heart of Darkness. In it, he describes the Congo River as “a might river, that you could see on the map, resembling an immense snake uncoiled, with its head in the sea, its body at rest curving afar over a vast country, and its tail lost in the depths of the land.” Considered the world’s deepest river, the Congo is known for its vast amount of fish species and the gourmet cuisine—French and Congolese—found along the river trail.

Africa’s diverse rivers and waterfalls provide something for every traveler, in whatever part of Africa they may be. Take time during your African travels to visit these sources of life-giving water and appreciate the beauty and majesty water brings to the world.