The Seven Temples of the Sea 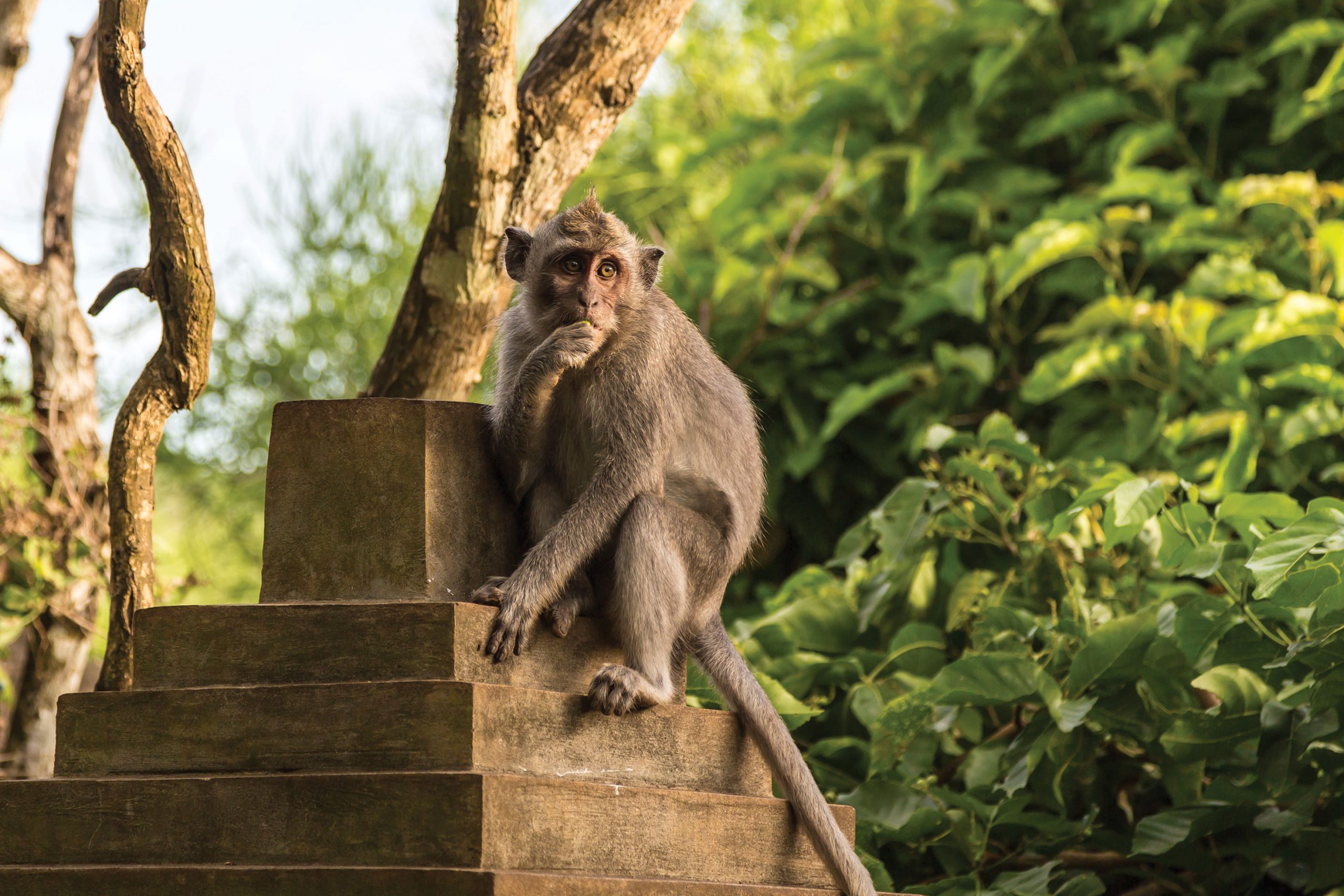 The Island of the Gods. The land of a thousand temples. The island nation of Bali is home to many mystic and spiritual things. Probably the most visited tourist destination in Indonesia, Bali is home to seven key temples known as the seven temples of the sea. The temples are arranged in a visual chain, creating a circle of protection around the nation. The temples were built in the sixteenth century by Nirartha, a Majapahit monk, in order to honor the Hindu sea gods. Visitors often comment on the temples’ beauty and locations—and monkeys.

Jutting from the land, the cliff that Pura Luhur Uluwatu is built on overlooks the mighty sea below, a stalwart sentinel to the ocean. The temple’s name literally means the edge (ulu) of a high cliff or rock (watu). It is also one of the nine directional temples. If you’re afraid of heights, stay away from this temple! Although not considered the “monkey temple,” this magnificent edifice houses monkeys that might snatch your belongings. However, the monkeys can usually be persuaded into trading your item back to you for a fruit or goodie.

Of all the sea temples, Pura Luhur Uluwatu is also considered one of the Sad Kahyangan, or “six sanctuaries of the world.” These six temples are considered the pillars of Bali itself, holding it up in the sea. Because of its deeply religious significance, every night, the kecak, one of the moust famous Hindu epics, is performed at this temple. If you can overcome the stealing monkeys and the heights, this temple is not one you should miss!

Pura Pulaki is known as the monkey temple because monkey’s swing all around, carefree and curious of tourists. Tourists have the opportunity to offer monkeys peanuts or bananas in order to interact the monkeys. Sometimes, monkeys will crawl over tourists, stealing glasses or phones—so be careful! Tourists and natives are known to pray to the god of prosperity while visiting here. If you’re interested in diving, Pura Pulaki is the sea temple closest to Bali’s best diving areas.

All temples commemorate religious beliefs, but Pura Gede Perancak is a special temple because it is built where the monk Nirartha first set foot in Bali in the sixteenth century. The tale around Nirartha focuses on a plague that affected Bali. Nirartha presented a hair of his head to King Dalem Baturenggong, which was then placed in Pura Gede Perancak. Not only does Pura Gede Perancak have a deep religious background, it has wonderful architecture, being one of the most well-kept temples on the island. People are sometimes drawn to the bull runs that occur here.

Just like with Pura Gede Perancak, Nirartha stopped at the spot where Pura Rumbut Siwi is located and declared the area to be holy. A temple was erected in the spot, and Nirartha, upon leaving, donated a lock of his hair to the local village. Pura Rambut Siwi literally means “temple for worshipping the hair.” The temple itself is one of the largest on the island and is guarded by carved dragons and boars. It holds shrines to the goddesses of learning and rice. Pura Rambut Siwi overlooks the sea from a large cliff, and has a very enjoyable beach below it for the weary traveler to relax and enjoy the calm Indian Ocean.

Built on a rock away from the mainland, the Pura Tanah Lot literally means “small island floating on the sea.” Balinese built the temple to provide worship to the sea deities. When the tide is high, the temple seems to join with the sea, the water covering the reef around it. The surrounding area is home to many fruit bats. The most popular of the seven sea temples, the Pura Tanah Lot is beautiful and inspiring to behold.

Pura Mas Suka is accessible by a winding road and is one of the smaller and less-visited of Bali’s temples. Before you plan to visit, check to make sure it’s open; often, Pura Mas Suka is closed to visitors. Visitors who do get the chance to visit are rewarded with stunning views of the Indian Ocean.

The island Pulau Serengan is home to Pura Sakenan, a former pilgrimage site for the Balinese people. When making the pilgrimage, pilgrims would wait for high tide to travel to the island. Now visitors can get to Pura Sakenan over an automobile bridge. This temple is just over six miles outside of Denpasar. The original structure used coral and limestone which is still visible despite rebuilding.