Rite of Spring: Flower Festivals Around the World 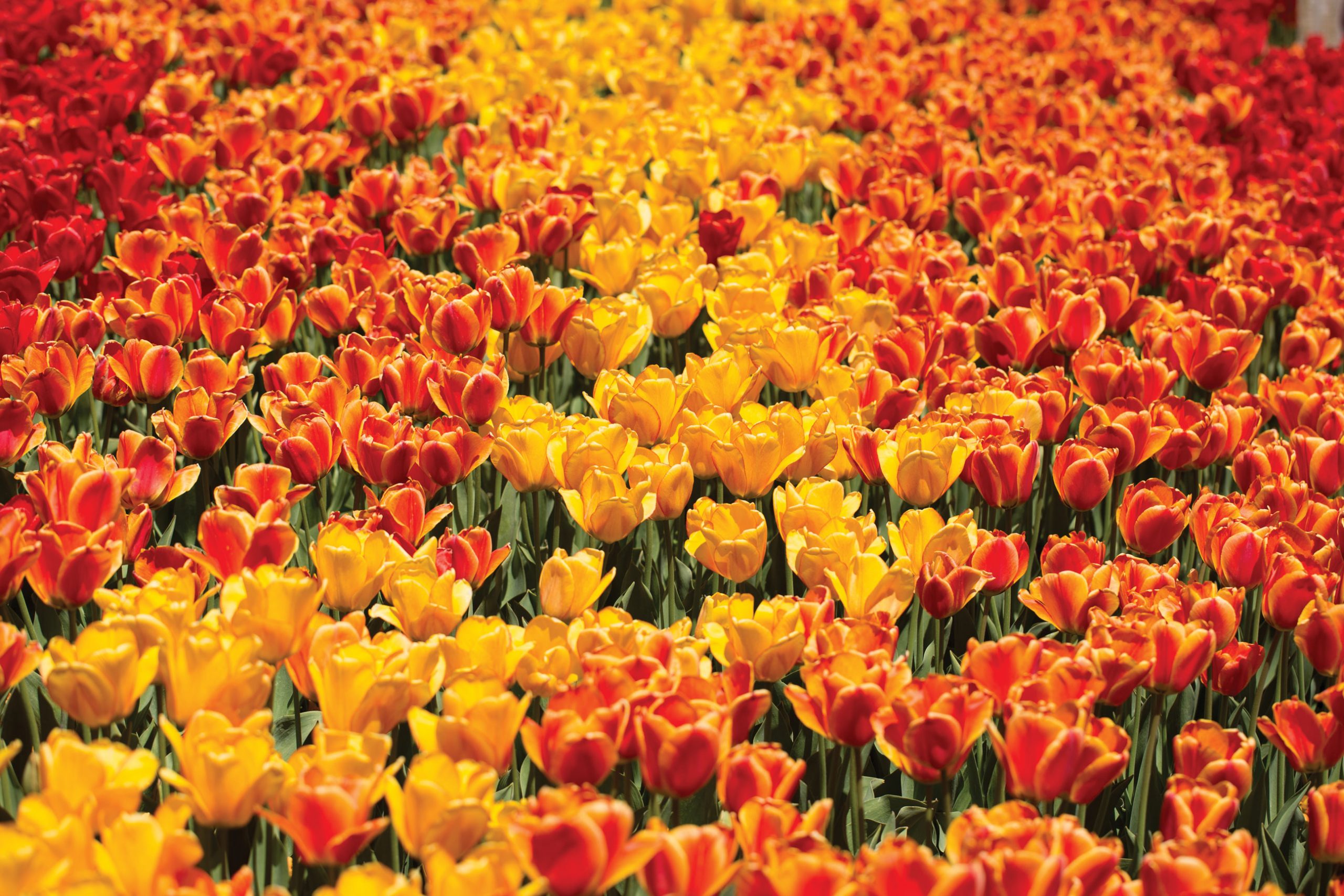 “April showers bring May flowers”—and with them, flower festivals. These events are found in many different countries and cultures, so no matter where you are in the world, you’re certain to find a flower festival nearby and people with whom to celebrate the advent of spring.

The annual Tulip Festival at Thanksgiving Point, is held in Lehi, Utah, each April through May. Visitors can stroll through the gardens and admire the 250,000 tulips found in every color imaginable. Other festivities include swing dancing, yoga, concerts, and a photography contest.

The Hiroshima Flower Festival takes place each May 3–5 in Japan. A tower stands at the entrance to Hiroshima Peace Memorial Park, completely covered with various types of flowers. Look out for oleanders in particular. This flower was the first to bloom after the atomic bomb, and it represents the hope that Hiroshima has for the future. There are song and dance performances held on over 30 stages. Flowery floats are exhibited during the parade while people dance yosakoi, a dance blending traditional dances with modern music. In the evening, there are candlelit events that represent the hope for peace.

The Feria de las Flores, a Colombian festival, was first held on March 1, 1957, and is now held annually in August. Tourists come from all over the world to participate. Activities include folk concerts, a fireworks show, horse rides, orchid competitions, and car shows, all culminating in the parade of silleteros, or flower vendors. This parade acknowledges Colombia’s cultural heritage. In colonial times, slaves carried wealthy men and women on their backs with wooden silletas. Now instead of people, they walk down the street carrying flowers, a symbol of Colombia’s hope of prosperity and a bright future. The entire festival celebrates the rich culture and history of Colombia, and it will next be held July 29–August 7, 2016.

Originally created to celebrate the coronation of King Edward VII of England (1901–1910), the Jersey Battle of Flowers, a parade of flower-covered floats, is now an annual tradition. It was so successful that it became an annual summer tradition on the small island of Jersey. Each float takes months to prepare, each competing to win the highly-esteemed Prix d’Honnour. Despite the fierce competition between floats, the parade fosters community unity and pride. The 2016 festival will be held August 11 and 12.

Local wildflowers on display at the Dutch Reformed Church in Clanwilliam. Photo by Clanwilliam Wildflower Festival, used by permission.

While August and September signal the end of warm weather and flowers for the Northern Hemisphere, the other half of the world is gearing up for spring. In Clanwilliam, South Africa, shows exhibiting local wildflowers have existed in one form or another since the 1940s. Today, the festival is organized by a local association and all earnings go to maintain the local church building and flower gardens. In addition to wandering through the cultivated wildflower garden, visitors can participate in art exhibitions, concerts, photography contests, a farmer’s market, and a lantern festival.