More than Corn Dogs: Food at the Iowa State Fair 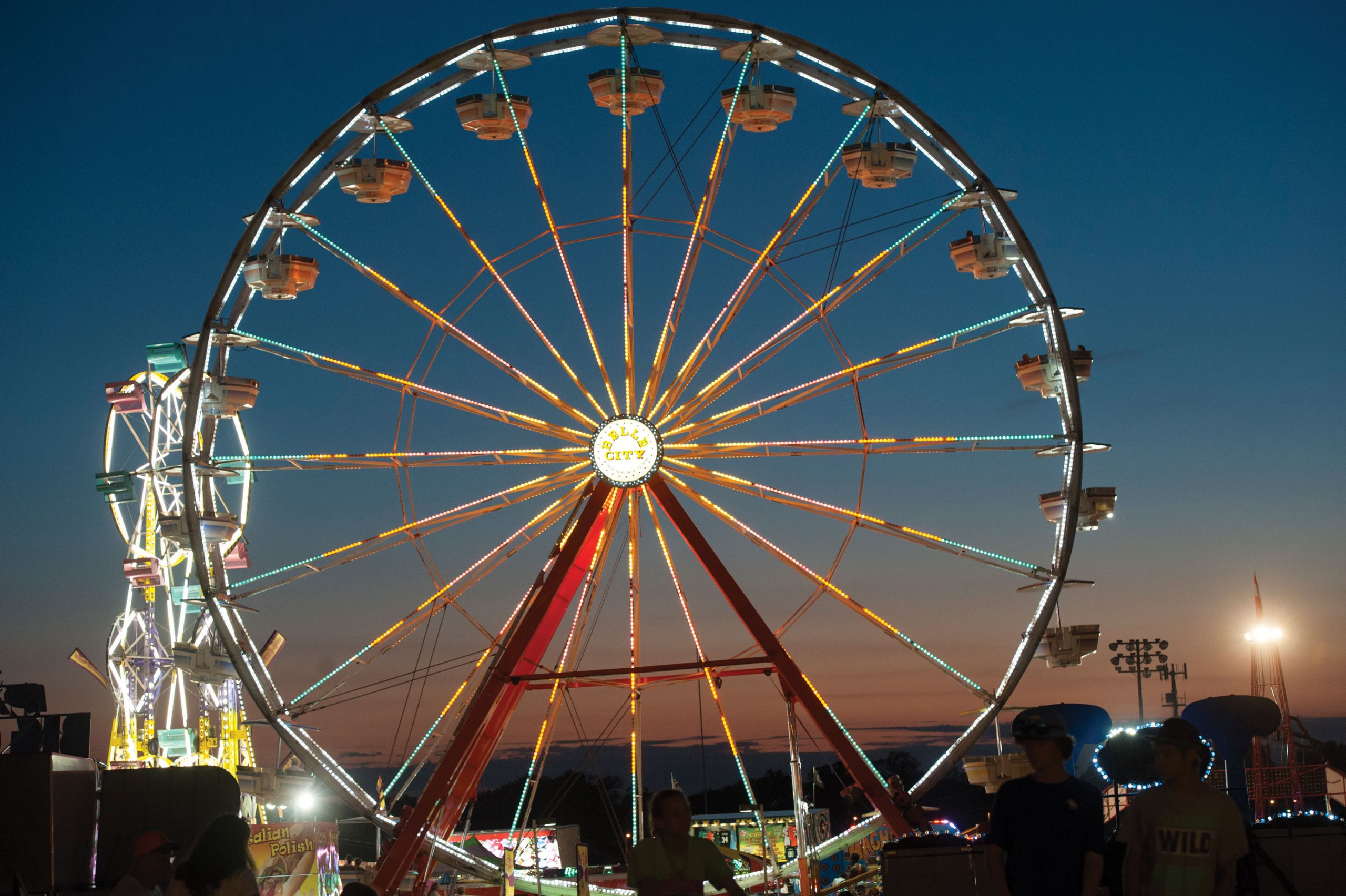 Nothing says “summer” like a hot corn dog, an ice-cold lemonade, and a stroll between the rides, games, and food vendors in the midway at a state fair.

As one of the oldest and largest fairs, the Iowa State Fair is also perhaps the most famous. It was the inspiration for Phil Strong’s 1932 novel State Fair, which was followed by three movies and a Broadway musical. Each year, the Iowa State Fair draws over a million visitors with agricultural and technological expositions, carnival-style rides, musical acts, a life-size butter cow, and, of course, decadent food.

Food has been a tradition at the fair since its earliest days. After all, the fair began as a venue for farmers to showcase the best of their harvests and their livestock. As the visitors gathered in the tens of thousands for the weeklong expositions, vendors provided food, snacks, and drinks.

Because of the huge numbers of people, fair food was designed to be fast, inexpensive, and, most importantly, mobile. The corn dog, one of the quintessential fair foods, exemplifies this ideal: it is quick and easy to prepare, and it is made to be eaten while walking.

Corn in a cup, a contestant in the food contest.

In the past few decades, fair food has become more than a convenience; it is now an attraction by itself. According to Iowa State Fair marketing director Mindy Williamson, every year the fair holds a contest to determine new foods that will be highlighted during the fair. Vendors compete to submit the most unique offerings to a panel of judges, who determine which foods will make it to the fair. The final contest is determined by fairgoers themselves, as they sample the foods and vote on their favorites.

The food contest has produced many interesting foods. Past submissions have included deep-fried butter balls, golden-fried PB&J on a stick, and fried nacho balls. In 2015, the three finalists were the Ultimate Bacon Brisket Bomb (smoked brisket wrapped in bacon with jalapeños, onions, and pepper cheese—it was also the ultimate winner of the contest), the Toasted Coconut Caramel Cluster (coconut, pretzels, and caramel dipped in chocolate), and a healthier option: Corn in a Cup (corn niblets, sausage, cheese, mayonnaise, butter, and lime mixed in a cup).

In addition to the new foods, there are hundreds of other food offerings. Some vendors offer full meals, like a beef brisket or pork chop dinner. Others provide the more than 75 items on sticks, including one of the Iowa State Fair’s most popular items: the pork chop on a stick (the stick is actually the bone on this specially cut chop). And others just aim for the unique, like the Hot Beef Sundae: a meal of beef tips, gravy, and mashed potatoes made to look like an ice cream sundae, complete with a cherry tomato on top.

One of the many food contests in the state fair.

Many vendors provide quick treats or snacks, such as funnel cakes in many flavors (including pumpkin spice and red velvet), deep-fried everything (Twinkies, Oreos, various candy bars, nachos, pickles, chicken, cheese curds, and ice cream are only a few of the options). Some even offer options for the more health conscious fairgoers, like a good salad—on a stick. Recently, vendors have also begun to provide more niche items to cater to those with food allergies and sensitivities, like gluten-free corn dogs and food cups.

There are also plenty of dessert options. New in 2015 to the Iowa State Fair are an apple pie on a stick, a deep-fried cherry pie, and a donut sundae. Add these foods to the already plentiful deep-fried treats and ice cream stands, and there will be plenty to satisfy any sweet tooth.

The Iowa State Fair is much more than food, of course. But amid the spectacle of the annual exposition and the bustle of the midway and the livestock barns, the fair food completes the fair experience in unique, surprising, and delicious ways.