¡Baile!: The Passion of Latin Dances 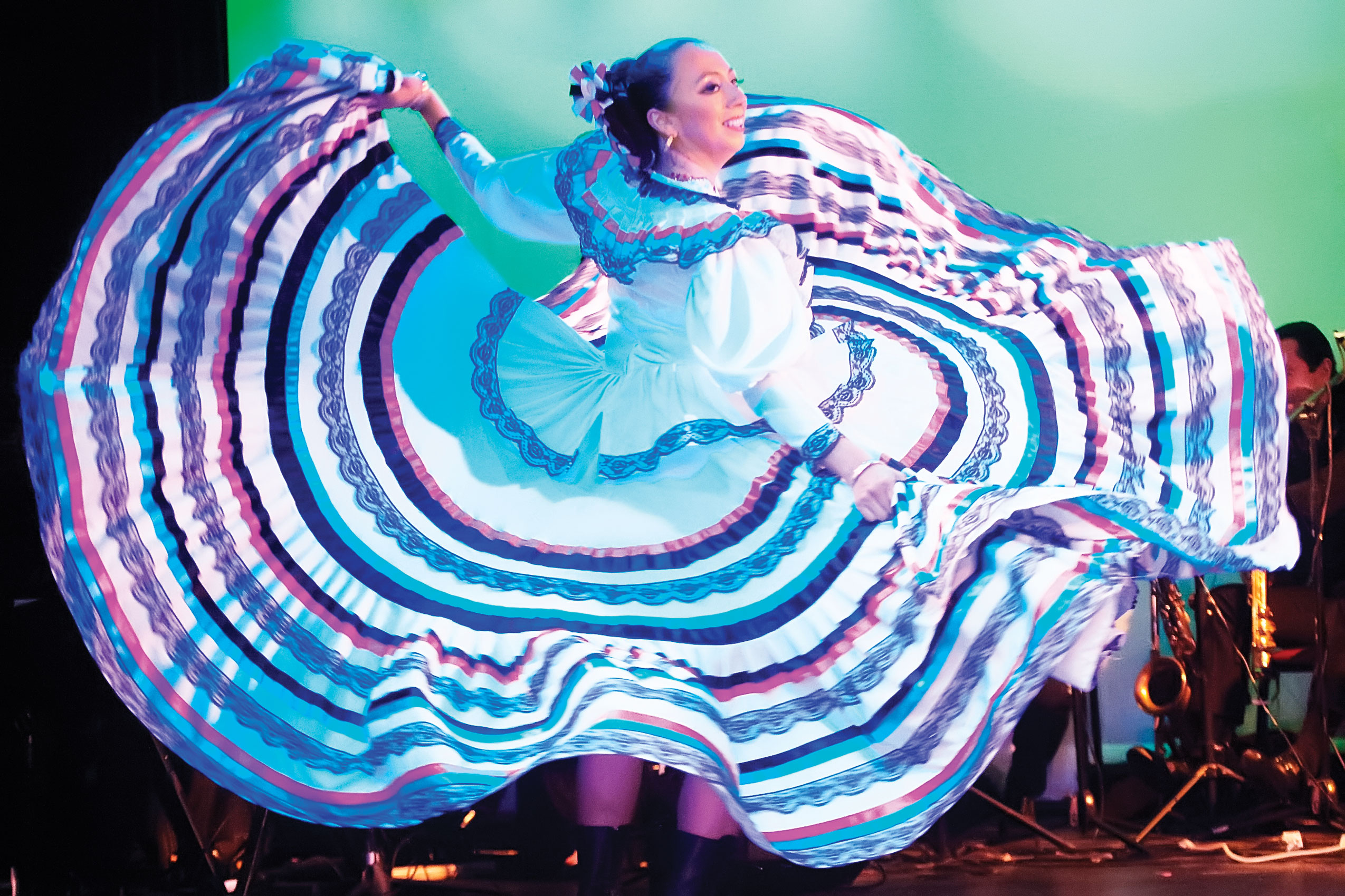 One of the easiest ways to absorb rich Hispanic culture is by observing Latin dancing. Latin dances have developed over hundreds of years. Many began as folk dances and social dances. Others began as competition dances. Some of these dances were even meant to tell a story. Over time, many of these traditional dances have grown in popularity and form, and some have become staples in international competitions. Regardless of where they came from or how they started, these dances all have one thing in common: each gives the audience a little taste of Latin culture while also displaying incredible skill from the dancers.

Some Latin dances, like the samba, require elaborate dresses and backgrounds to be fully enjoyed. Photo courtesy of Wikimedia.

The samba, originally from Brazil, perfectly encapsulates the hip-swaying fun of many Latin American dances. This dance was originally a street dance at many Carnival celebrations in Rio and has evolved into a performance dance in many places (though it is still common at Carnival). Syncopated rhythms and “bouncing” action distinguish the samba from other Latin dances. The samba is one of the most exciting Latin American dances to watch and requires lots of energy to perform.

The paso doble originated in Spain and models the traditional bullfight. Unlike the samba, however, the paso doble is not a “party” or social dance; it is solely a performance dance. The male dancer represents the matador of the bullfight, and his female partner represents the matador’s cape, the bull, or a flamenco dancer, depending on the choreography. Thus, while the male spends the entire dance acting as fierce as possible—and trying to kill “the bull”—the female must strike a delicate balance between bull-like rage and flirtatious grace. Unlike most Latin dances, the paso doble involves very little hip action and is much more focused on narrating the bullfight than on depicting frivolity and energy.

The rumba is probably the most passionate of all the Latin American dances. It comes from Cuba, with strong African roots. The rumba commonly portrays a theme of “forbidden love,” and it incorporates many sensual movements. There are different styles of rumba, but all of them use exaggerated hip movements and passionate music to tell stories of love and lust. While the European style of rumba is danced to slow music and with mostly straight legs, the Cuban and American styles employ fast music and a more grounded, bent-leg feel. But no matter where the rumba is danced, it’s sure to heat up a room and inspire passion in those watching.

Although these dances differ in style and history, each one shares a special piece of rich Latin culture with its viewers. Whether you’re in Spain or South America, you can undoubtedly find opportunities to witness some incredible Latin dancing—and maybe even participate in it!

Feature photo by Pete Self. cc