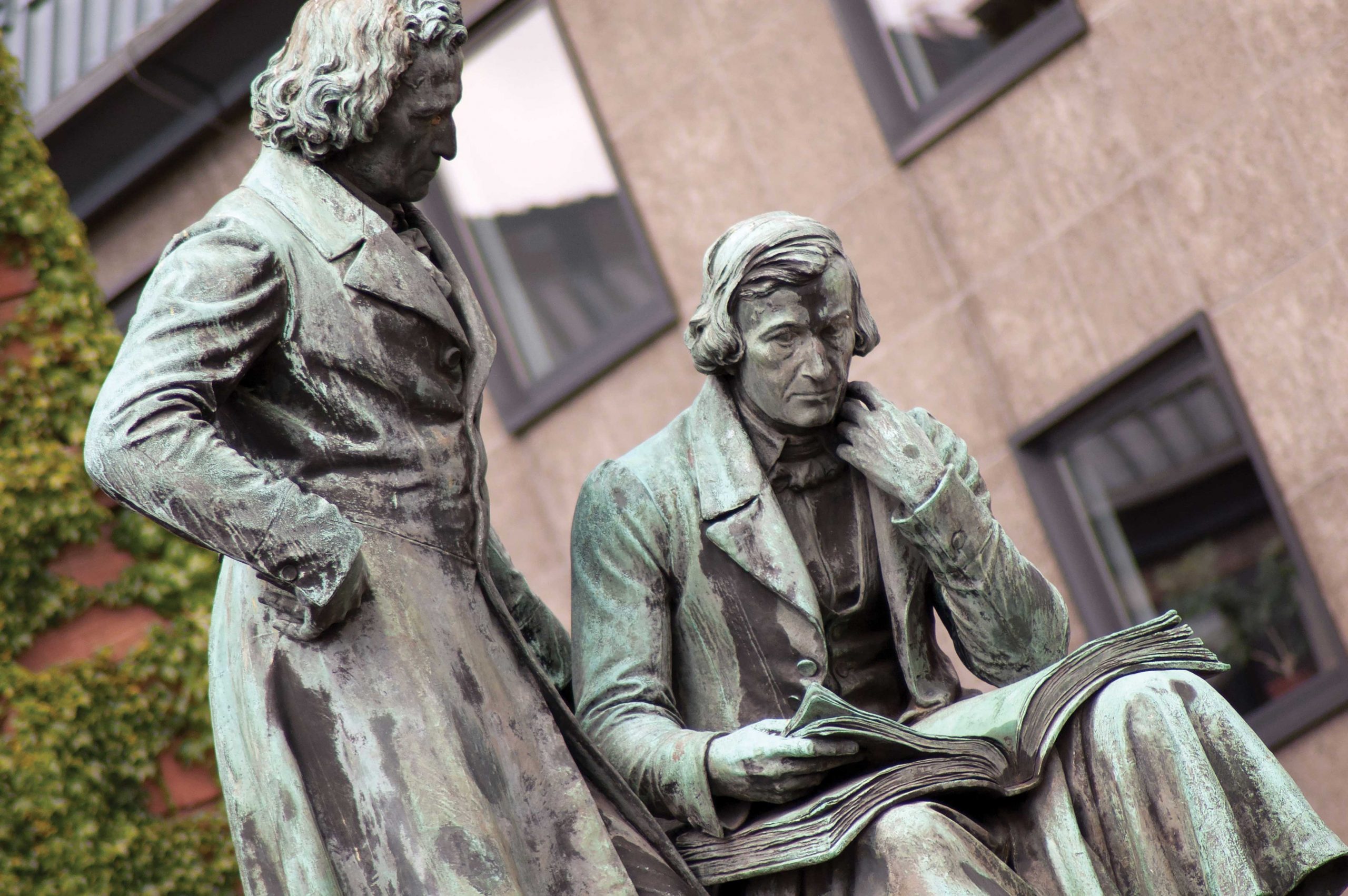 Does modern life sometimes feel too complicated? Wishing you could revisit the innocence and imagination of your childhood? Then pack your bags and prepare for a road trip into the land of fairy tales!

No, it’s not Disneyland. The Fairy Tale Route is a highway that winds through dozens of picturesque German villages that are linked with the Grimm brothers and their fairy tales. Retrace their footsteps and enjoy the scenery that inspired their famous stories.

The highway begins in Hanau, Germany, near Frankfurt. Visit the birthplace of the Grimm brothers and participate in the Brothers Grimm Festival, a series of performances of beloved fairy tales held annually each summer. Nearby Steinau holds the Grimms’ childhood home.

Old-town Alsfeld is well-preserved and looks much the same as it did in the Middle Ages. Photo by François Philipp. cc

Travel north into Red Riding Hood land, a region along the highway known for its ancient forests and traditional costume of a red cap beginning near Alsfeld. Alsfeld is the winner of several awards for the best preserved medieval town in Europe. Take a stroll through the streets and admire the half-timbered architecture. Afterwards visit the Märchenhaus, or Fairy Tale house, where you’ll see each room decorated with mannequins and props depicting fairy tales like “Hansel and Gretel” and “Little Red Riding Hood.” The second floor alone contains over two centuries’ worth of dollhouses that allow you to experience the history of childrearing in Germany. After exploring the house, you can go into the listening room where a professional storyteller will entrance you with a traditional tale. The entrance fee is two euros for an adult (about $2.13), one euro for a child ($1.07).

If you travel along highway B254 for about an hour, you’ll find yourself in Bad Wildungen. Known for its famous spa, Bad Wildungen was also home to the sixteenth century noblewoman Margaretha von Waldeck, considered to be the inspiration for Snow White. Like the story, Margaretha had a stepmother she did not get along with, attracted the attention of a prince, and was mysteriously poisoned at the age of 21. Look through the cultural and historical exhibits in the city museum, then travel to the nearby village of Bergfreiheit where you can visit the Snow White house to learn more about the historical origins of the Snow White story as well as meet Snow White and the dwarves. You can also take a tour of Margaretha’s home in Friedrichstein castle, which also houses a museum of military history. Afterwards, stop in the castle’s café for a treat.

Next, continue northwest and enter the Sleeping Beauty part of the route. Here, the road winds into the Reinhardswald, a thickly wooded strand of hills in central Germany. In Hofgeismar, take some time to wander through Tierpark Sababurg, a 130 hectare wildlife park. With the price of eight euros ($8.52) for adults and 4.50 ($4.79) for children and students, you can see wild boars, bison, horses, birds, moose, reindeer, and wolves as well as various species of owls and birds of prey. There are even some animals that you can see up close and perhaps even feed. While most people think of Neuschwanstein as “the Sleeping Beauty castle” because of its influence on the Walt Disney film, Sababurg castle, near Hofgeismar, is the one that inspired the Brothers Grimm. The castle contains a restaurant, and there is even a rose garden outside. Guided tours are available of the castle, the town, and the surrounding forest.

This tower could have been the inspiration for the story of Rapunzel. Photo by Michael Armbrecht. cc

While you’re there, swing by the neighboring town of Trendelburg. The twelfth century castle there is most famous for its association with the story of Rapunzel. Today, it is a hotel. For prices starting at 105 euros ($111.85) per night, visitors have the chance to sleep in perhaps the very same tower as the long-haired princess.

Farther north lies the town of Hameln, the place that the Pied Piper freed from rats. Wander through the old town and admire the carefully restored architecture, then visit the Hameln Museum to learn more about the origins of the fairy tale. During the summer, dozens of storytellers perform the story and even put on a humorous musical interpretation of the legend entitled “RATS.”

The Fairy Tale Route ends in Bremen, home of the Bremen Town Musicians. The legend is of a donkey, dog, cat, and rooster who set out to become musicians. They become heroes after scaring thieves away from the town. You can find a bronze statue of the four animals in the town square. Local storytellers recite the story every Sunday during the summer in the town center. Before you leave, take time to visit the town hall, which combines both medieval and renaissance architectural styles in a building that is truly breathtaking.

These towns are only a small sampling of what you can find on the Fairy Tale Route. There are dozens more villages and cities that you can explore, each with their own unique histories and stories. Revisit the stories of your childhood and drive down this German highway, where the past coexists with the present every day.