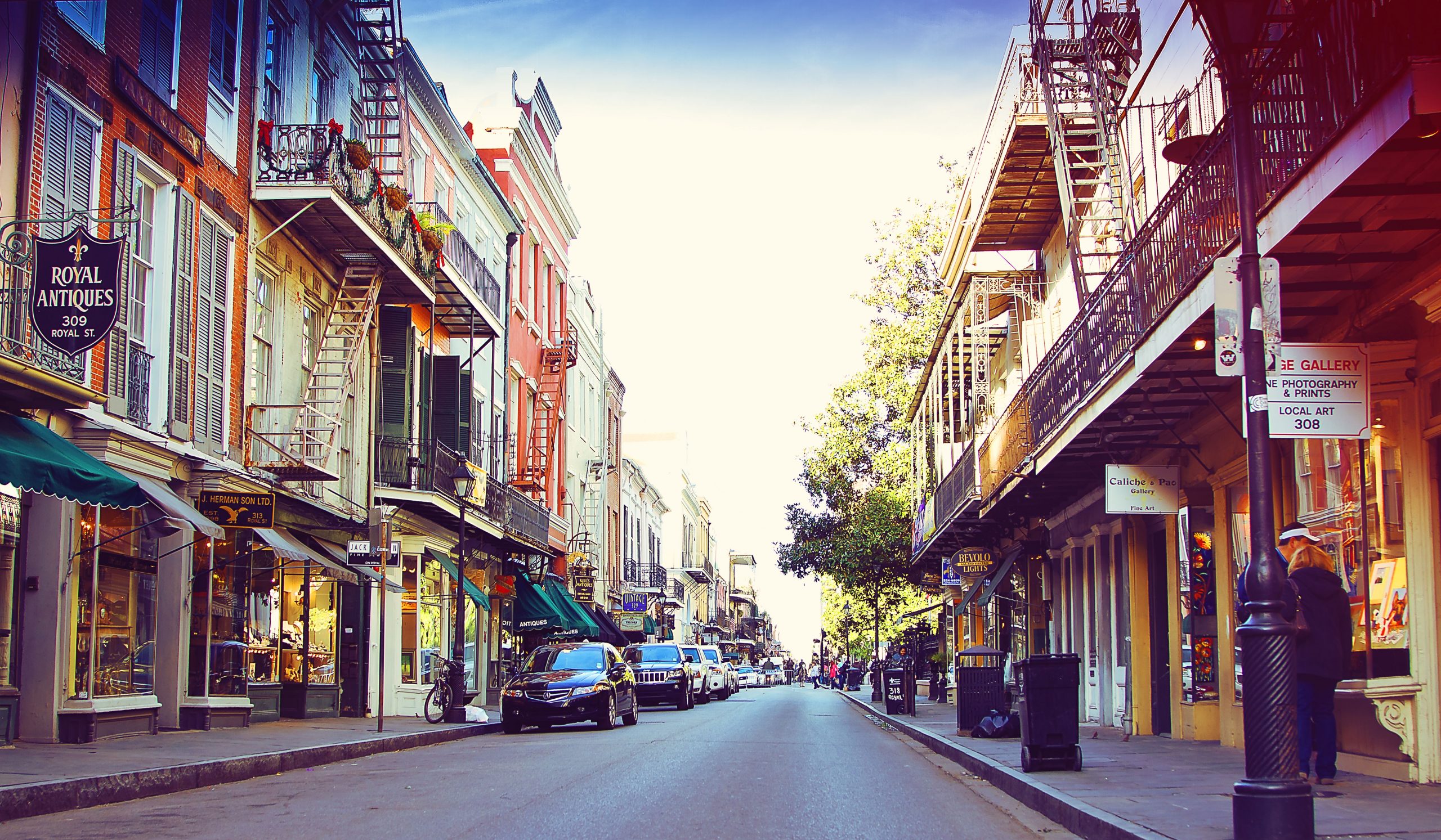 Disney-inspired travel, anyone? Many Disney movies draw inspiration from real-life places and structures. Add a little whimsy and a dash of Disney to your worldwide travel by visiting the sites that inspired locations portrayed in Disney movies.

Feeling whimsical? Tangled is set in Germany, but perhaps the most memorable scene from Tangled is the one with the floating sky lanterns. Luckily for us, the magic does not stop with the movie. There are actually several floating-lantern festivals around the world.

The Yi Peng Light Festival in Chiang Mai, Thailand, inspired the floating lantern scene in Tangled. And it is split into two different events. The first event is free and is held behind the Mae Jo University. The second one is more specifically for tourists and is held about a week after the first.

In the United States, the Rise Festival promises to give the most memorable experience from start to finish. They also provide all the materials needed. The event is held in Mojave Desert, Nevada, and Phoenix, Arizona. For more information, visit risefestival.com.

In the mood for something a bit chilly? Elsa’s mesmerizing ice castle actually has a real-life counterpart—the Hôtel de Glace, located in Quebec City, Canada. The creators used the hotel as visual inspiration, specifically for Elsa’s iconic musical number, “Let it Go.” What’s truly impressive is that the hotel is almost entirely made up of snow and ice. Because of this, it’s only open from January through March of each year.

If you’re a Frozen fan, but a winter wonderland doesn’t appeal to you, you can still have your Frozen-inspired getaway by visiting Norway. For Frozen, Disney combined historic architecture and real-life landmarks into a fantasy world. The elements of Scandinavian architecture in the film include stave churches, which are wooden medieval Christian church buildings.

Some of the landmarks they included are the Akershus Fortress, St. Olaf’s Church, and Bryggen. The Akershus Fortress in Oslo was the model for Elsa and Anna’s castle in the movie. In addition, Olaf is not only the name of everybody’s favorite snowman, but is actually also the name of a saint and of a stave church. St. Olaf’s Church, located in Balestrand, Norway, was the model for the church where Elsa’s coronation took place. Meanwhile, the wharf at Bryggen—a business district in Bergen, Norway—served as the inspiration for the city of Arendelle.

Beauty and the Beast

Perhaps the quaintest village in all the Disney movies is Belle’s village in Beauty and the Beast, which was set in the mid-1700s. Architecture has greatly evolved since then, and very few villages today look like Belle’s. Luckily, a few small towns and villages have remained this way: Riquewhir, Ribeauville, Obernai, and Colmar in Alsace, a region in eastern France bordering Germany. Disney creators drew inspiration from those places for scenes in Belle’s hometown.

Any visit to a real-life castle is sure to stir memories of the magical lands in the imaginary world of Disney. Photo by Mar Isac. cc

If you think the Beast’s castle is absolutely fascinating, you will be blown away by its real-life counterpart—Château de Chambord at Chambord, Loir-et-Cher, France. The chateau is easily recognizable because of its unique architecture, which features a combination of classic Renaissance ornaments with more traditional medieval forms. The chateau serves as a major tourist attraction, drawing thousands of people each year.

As far as castles go, how could one forget Sleeping Beauty’s? Yes, the Sleeping Beauty castle is now featured in a variety of Disney attractions. But what could be better than the real thing?

The Sleeping Beauty castle was inspired by the Neuschwanstein Castle in southwest Bavaria, Germany. This picturesque palace attracts over one million visitors annually and captures everyone’s imagination with its breathtaking grandeur positioned amidst snowcapped mountains.

The sultan’s palace in Aladdin was inspired by the iconic, cherished Taj Mahal, located on the southern bank of the Yamuna River in Agra, India. It was originally built to house the remains of Shah Jahan’s wife and took over 20 years to complete. It’s known for its breathtaking and intricate architecture, which combines Indian, Islamic, and Persian influences. Today, it serves as a symbol of India’s rich history and remains one of the most revered structures in the world. Taj Mahal is open for visitors but has strict photography rules.

The Princess and the Frog

New Orleans—home of jazz, Mardi Gras, and, of course, Tiana from The Princess and the Frog. The beauty about The Princess and the Frog is that it’s not only inspired by New Orleans, but it’s actually set in New Orleans. In fact, in 2014, New Orleans tourism partnered with Disney to design a tour that retraces the places shown in the movie. They even added Tiana as a local celebrity. Some of the places included in the tour were the French Quarter; Cafe du Monde; St. Louis Cathedral; Steamboat Natchez; the riverfront; the St. Charles Avenue Streetcar; the Bywater, Marigny, and Treme neighborhoods; the Garden District; Lafayette Cemetery number one; Audubon Park; the Audubon Zoo; Bayou St. John; and City Park.

When Stitch (everyone’s favorite alien) arrived from space, he landed in Hawaii. However, Lilo and Stitch was more specifically set in Kaua’i. The creators drew inspiration from a specific town in the island—Hanapepe. Hanapepe is a little-known town that is often passed by tourists on their way to the resorts in Poipu or to Waimea Canyon. Today, the town still has its pre–World War II look: houses still have tin roofs, old storefronts have wooden sidewalks, and dogs and roosters roam freely. “Home of Lilo & Stitch” is painted on the side of the Aloha Theater. Another tourist landmark is the Kilauea Lighthouse on the North Shore, which can often be seen in the movie and the TV series. You can also see the Keiki Hula Group—much like the one Lilo belongs to—at the Hyatt Kauai in Poipu.

Disney ultimately decided to loosely base Atlantis on Angkor Wat. Angkor Wat is a temple complex located in Angkor, Cambodia. Even though it was constructed in the twelfth century, it still remains the largest religious monument in the world today. The temple is surrounded with an outer wall with about 30 meters of land in between. Once inside the walls, the temple stands on a terrace raised higher than the city and has three chambers. Some of the writings etched into the sandstone walls look similar to those of the lost language in the movie. This architectural masterpiece has long served as the symbol of strength for Cambodia. It also draws many thousands of travelers each year.

Machu Picchu—made up of stone structures and giant walls, located in the middle of a mountain forest—was built in the 1400s, but was abandoned just 100 years later, during the Spanish conquest. It was unknown to the rest of the world until 1911. Reconstruction began then and still continues today. Its unique location, marvelous architecture, and rich history offer a glimpse of what life in the Incan Empire would have been like.

To experience the magnificence of Machu Picchu, most tourists opt to take the train. However, more-adventurous tourists opt to hike the four-day trek along the Incan trail.

Some dream of castles, while others dream of road trips. Perhaps the most Disney-inspired road trip one can take the historic Route 66. This highway stretches for more than 1,000 miles—from Tulsa, Oklahoma, to Kingman, Arizona—and served as a major path for those who moved west out of the “dust bowl” region. Towns along it provided inspiration for Radiator Springs from the movie Cars.

The creators paid particular attention to other sites along the road, including the Cadillac Ranch in Amarillo, Texas; the Blue Swallow Motel in Tucamcari, New Mexico; and the U-Drop Inn in Shamrock, Texas.

First stop, the Cadillac Ranch in Amarillo, Texas. The Cadillac, an art installation made by Stanley Marsh III, features a row of Cadillacs that are covered in graffiti and are halfway buried in the ground. In Cars, the installation is made into the “Cadillac Mountain Range.”

Second stop, the U-Drop Inn in Shamrock, Texas. The U-Drop Inn is actually a gas station and restaurant. It was built in 1939 and is located along the Route 66 highway. What makes the inn truly unique is its Art Deco architecture. The creators recreated the U-Drop Inn into Ramone’s House of Body Art retail shop.

Third stop, the Blue Swallow Motel in Tucamcari, New Mexico. The 1939 motel is family-owned and was the inspiration for Sally the Porsche’s Crazy Cone Office.

So why not put a little magic in your next vacation? While castles remain favorite tourist magnets, many other inspiring sites attract thousands of Disney-loving travelers. Whether it’s a palace or beach town or a floating-lantern festival or Route 66, there’s a destination out there for every Disney fan.