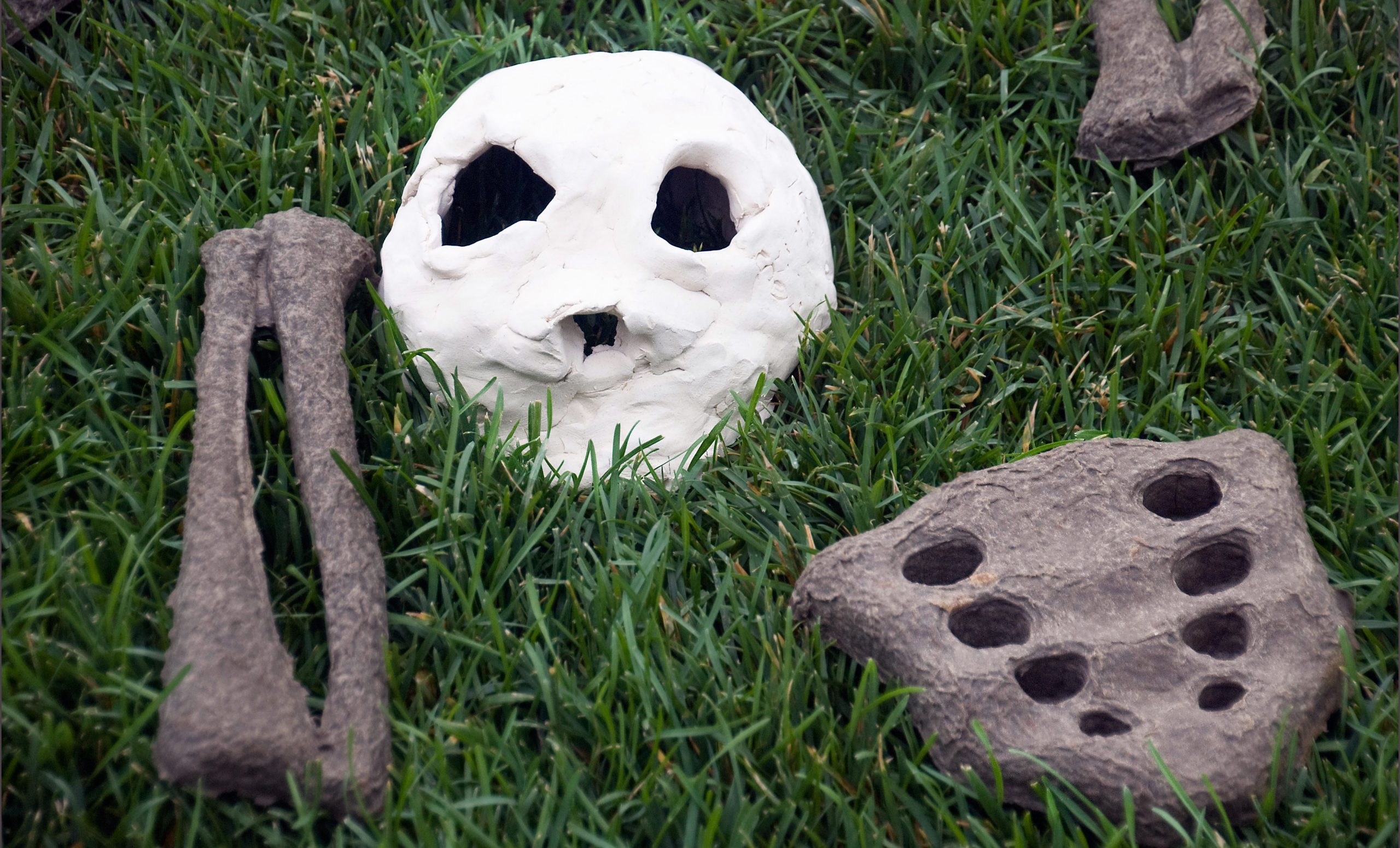 The Holocaust claimed the lives of over 11 million people, including Jews, Jehovah’s Witnesses, homosexuals, Roma (also known as gypsies), Poles, and the disabled. While it was the deadliest period of genocide in recent history, it is far from the most recent. Artists are working to remind people that other genocides continue to occur.

German artist Gunter Demnig is creating small but significant monuments to commemorate victims and survivors of the Holocaust who were forced from their homes. He calls his art project Stolpersteine or “stumbling blocks.” In America, an organization called The Art of Revolution uses art to educate people about genocides that are happening now by having participants create the art themselves. While Demnig’s work focuses on remembrance, The Art of Revolution focuses on education and activism.

These small memorials often give information such as the victim’s name, when they were deported, and the camp they were assigned to. Photo by Thom Quine. cc

Demnig laid his first Stolpersteine on December 16, 1992, commemorating the 50-year anniversary of the decree that sent the Sinti and gypsy people to extermination camps. The stone was laid in front of the historic town hall in Cologne, Germany. When an individual commented that they didn’t believe any gypsy people lived near that area of Cologne, Demnig decided to show people where victims and survivors lived.

The “stumbling blocks” are made of concrete, which is then covered in a sheet of brass, and then stamped with information about the person it represents. Demnig gets the information for his project from a variety of sources, including family members and public records. As of August 2014, more than 48,000 blocks have been placed in 18 countries. The blocks are permanently installed in front of the last home of the victims in the cobblestones. While traveling through Europe, be sure to look down every once in a while to see these small memorials.

The Art of Revolution works to raise awareness about current genocides in Sudan, South Sudan, Somalia, Burma, and the Democratic Republic of the Congo. In 2013, they displayed one million bones, made by volunteers, on the National Mall in Washington, DC, to honor victims and survivors. The bones were made from a variety of materials, including papier-mâché, glass, clay, wood, etc.

Their most recent installation honored victims of the Bosnian genocide, marking its twentieth anniversary with a three-day exhibit during July 2015. The United Nations has described the genocide as the worst crime on European soil since World War II and has said that the organization’s lack of action will haunt its history. The Bosnian and Serbian armies, as well as a Serbian paramilitary group, carried out the genocide during the Bosnian War. The genocide occurred from July 11 to 13, 1995, near the town of Srebrenica. Most of the victims were men and boys. In the end, 8,372 people were killed. Many refugees sought refuge at the UN base in Potocari. However, the refugees received little to no help from those at the base. Many women were raped and sexually abused, and many mothers watched their young children be raped or murdered right in front of them. Many UN soldiers stood by and did nothing, while witnessing many of the atrocities themselves.

In a statement made by Mark Malloch Brown, the chef de cabinet to the secretary general of the United Nations, on the tenth anniversary of the genocide, acknowledged that the United Nations did not respond how it should have.

While Demnig’s work and the work of The Art of Revolution bring to light some of the darkest events in the history of the world, there is hope in it. Each bone and Stolperstein is a reminder of the darkness that humans are capable of but also an appeal to its viewers to not stand idly by, but to take a stand against an issue that still plagues countries around the world today.