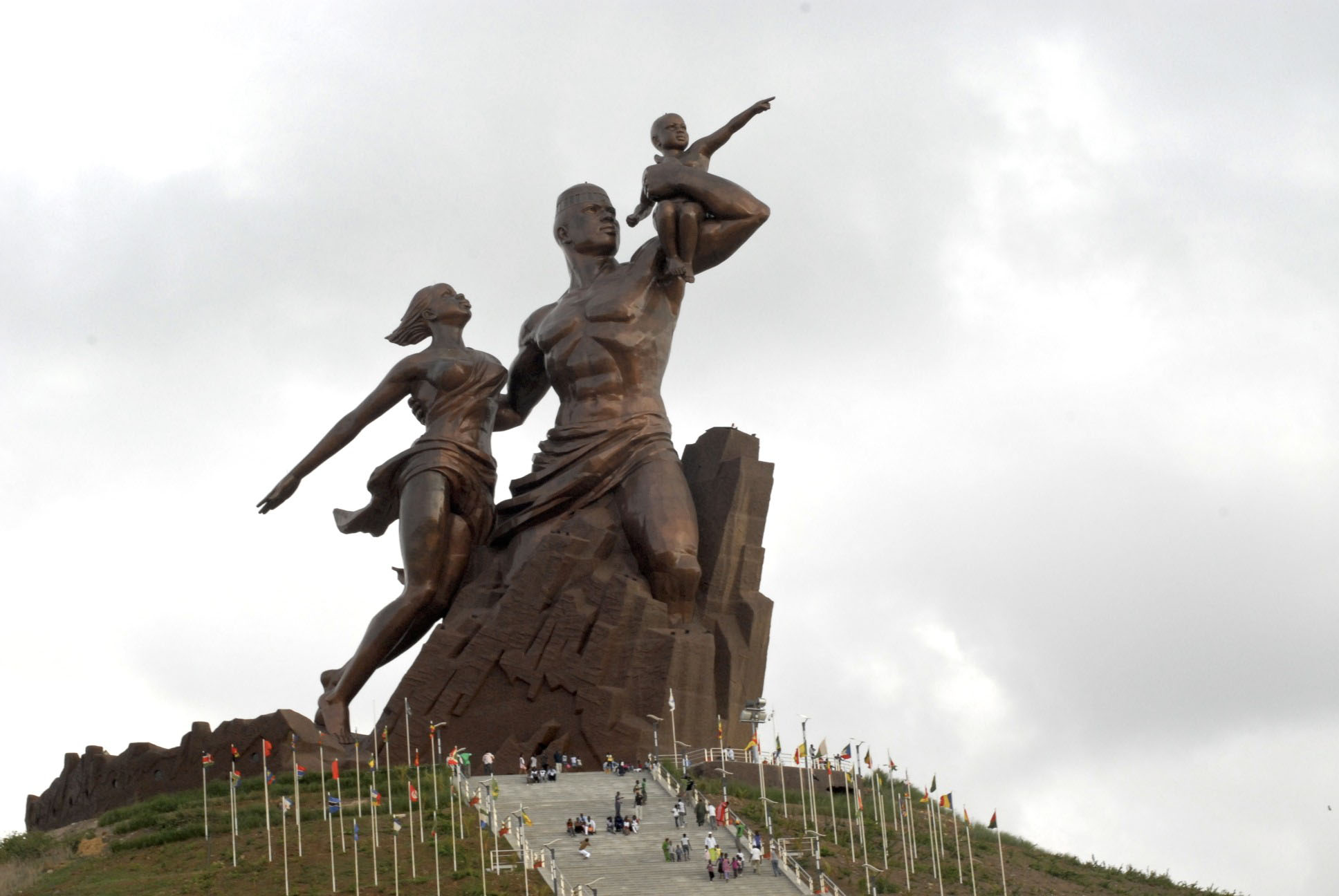 Let’s be honest; we love large statues. Whether they represent famous historical figures, religious idols, or even great events, they show our creative human potential. Are you familiar with how many giant statues around the world tourists flock to every year? Check out some of the world’s most famous megastatues!

151 ft (46 m). This statue is likely the most iconic statue in the United States and was a welcome sign to immigrants coming into New York by ship in the late nineteenth and early twentieth centuries. The Statue of Liberty was a gift to America from France and was designed by Frederic Auguste Barthodli. Work on the statue commenced in 1870, but the statue wasn’t finished until 1886. It is made of copper, which, due to the oxygen in the air, eventually turned the statue to its now-famous blue-green patina. This statue has become America’s symbol for liberty.

153 ft (46.7 m). This piece was sculpted by Manuel de la Fuente in 1983. It depicts the mother of Christ, Mary, who is regarded as a saint in Christianity. The statue is made of painted concrete, weighing 1,200 tons. It is the largest statue of the Virgin Mary in the world. You can go inside this statue and climb up to four viewing points, where you can catch a great view of Trujillo.

160 ft (49 m). Designed by Pierre Goudiaby, it was constructed by the North Korea–based Mansudae Overseas Projects between 2008 and 2010. It is made of three-centimeter-thick metal sheets and depicts a family group emerging from a mountaintop. This monument was part of a project to bring in the new era of African Renaissance.

279 ft (87 m). It was designed by Yevgeny Vuchetich and Nikolai Nikitin. Built in 1967, this statue commemorates the Battle of Stalingrad. It is considered the world’s tallest nonreligious statue of a woman. What makes this statue unique is the 108 ft (33m) sword that is a part of the sculpture. The design is made of a combination of pre-stressed concrete with wire ropes structure, which makes the balance of the statue with the sword possible.

420 ft (128 m). This statue is, to record, the largest statue in the world. It was built from 1997 to 2008. Constructed from bronze, this statue depicts the Vairocana Buddha, which is seen as the embodiment of the Buddhist concept of emptiness. Near the statue is the Tianrui hot spring, whose 60-degree water is said to have healing properties.

144 ft (44 m). This megastatue was completed 2010. It depicts the Hindu god Shiva and is the largest statue of Shiva in the world. It was designed and sponsored by Kamal Jain, a Nepali Madhesi entrepreneur. The statue is made of steel bars, concrete, zinc, and copper. Over 5,000 people visit this statue on typical weekdays, and many more visit on weekends, holidays, and for Hindu festivals. The statue brings in a lot of business and has greatly impacted the development of nearby villages.