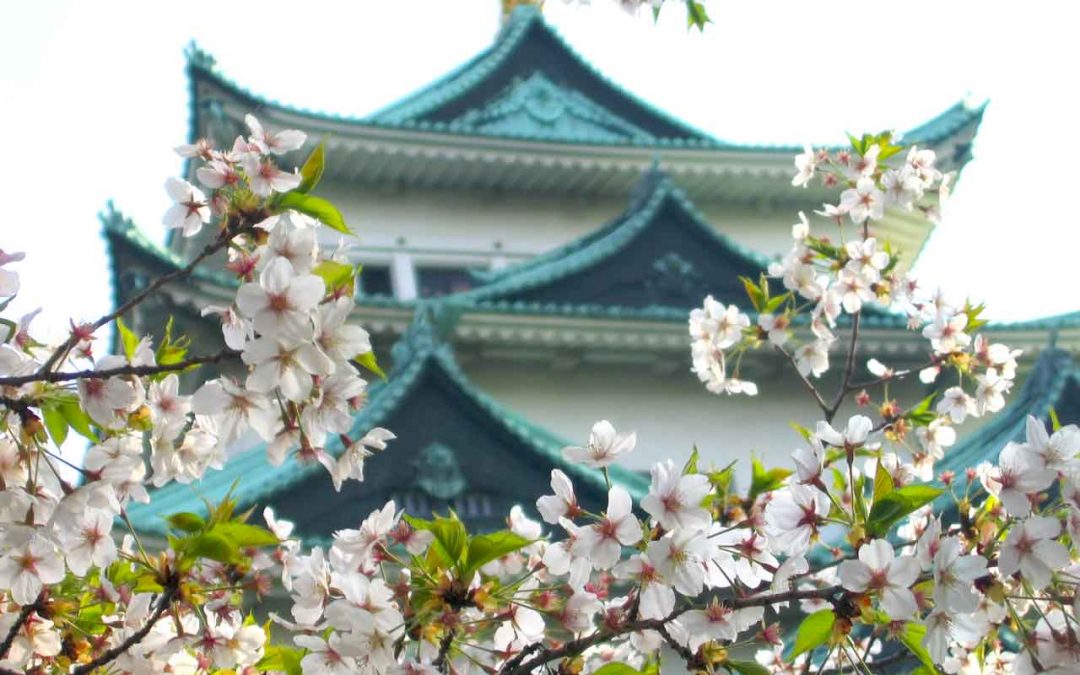 From the 100 yen piece to entertainment to food and clothing, the name and likeness of the sakura blossom, or cherry blossom, permeates Japanese culture. While the average tourist may only admire the beauty of these small pink blossoms, they have become a powerful, varied symbol for the Japanese through the country’s history.

Cherry blossoms represent the Japanese spirit and have also become a symbol for soldiers who have died protecting Japan. Yasukuni Shrine, near Tokyo, has cherry-blossom trees specifically planted to represent the fallen soldiers of Japan since the Meiji Period (1868–1912). During World War II, cherry blossoms were painted on the side of the planes of kamikaze pilots. The Japanese “fighting” spirit of the cherry blossom was supposed to bring out the noble nature of the soldiers and remove the fear of death from them.

The Japanese still celebrate hanami today. The cherry blossoms begin to bloom anywhere from mid-March to early May, depending on the weather and location. The blossoms bloom earlier in the southern part of the country and later in the north. The trees will stay in bloom from one to two weeks.

During this time, the Japanese have picnics and parties underneath the trees. In some cities, like Tokyo, these gatherings will extend into the night when paper lanterns will be hung from the trees. Viewing the cherry blossoms at night is called yozakura, or “night cherry blossoms.”

Notable places in Japan to see the cherry blossoms follow.

This historical site can be found on the northern island Hokkaido in Hakodate City. An aerial view of the park shows the radial symmetry of the arms around the central core. The design increased the defense of the fort on all sides. Used during the Meiji Restoration in 1868, the fort hid members of the old regime who resisted the new government. They spent six months inside before surrendering. In 1913, it reopened as a park and is now one of the top spots to see the cherry blossoms bloom.

Built in 1611 by the Tsugaru Clan, Hirosaki Castle in the Aomori Prefecture is another gorgeous spot to view the cherry-blossom trees. The castle is surrounded by a moat, which is in turn surrounded by cherry-blossom trees on both sides. Tourists can rent rowing boats to glide on the river and view the blossoms. An annual festival is held from April 23 to May 5 to celebrate the blooming of the trees. The park offers other interesting sights like Hirosaki Castle Botanical Garden and Gokoku Shrine.

One of the largest castles in Japan, Nagoya Castle is also a famous historical site that is enhanced by the blooming of cherry blossoms. The castle was built to house members of the ruling Tokugawa family at the beginning of the Edo Period (1603–1867). During World War II, many of the outlying buildings surrounding the castle were destroyed by air raids, including the palace. In 2009, reconstruction began on these buildings.

The park surrounding the castle has two moats and several varieties of cherry-blossom trees. While visiting this site to see the trees, tourists can also view the reconstruction process as well as an exhibit about the history of the castle that spans five floors of the building.

Daigo-Ji Temple is a Japanese Buddhist temple located in Kyoto. The temple was designated as a World Heritage site and the pagoda at the temple, built in AD 951, is the oldest building in Kyoto. The temple is located at the base of a mountain, and there are hiking trails that lead to more buildings on the summit. The Reihokan Museum houses artifacts and historic documents. The gardens of the museum house many of the site’s cherry trees. While known as a beautiful place to view cherry blossoms, the spot is also famous for its changing leaves in the fall.

People have been viewing cherry blossoms at Mount Yoshino for centuries, making it one of Japan’s most famous hanami spots. Visitors can enjoy the view of the cherry blossoms as they hike up the side of the mountain or ride the Yoshino Ropeway aerial tram through the trees. The change in elevation causes the trees to bloom at different points in the season. Visitors can expect the trees at the top of the mountain to bloom later in the season than the trees at the base.