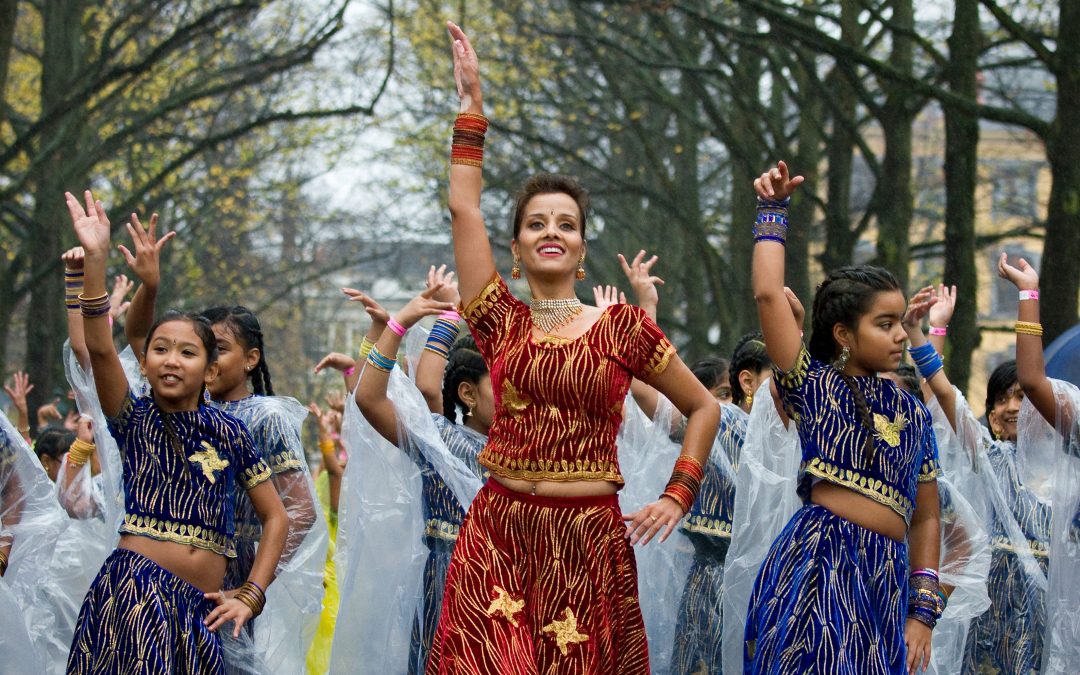 The movie reaches its emotional climax. Almost effortlessly, the actors begin singing. Large groups of dancers join in, and suddenly, a bright, colorful dance number transitions the scene from one location to the next, sweeping across the screen in grandeur and excitement.

And where are you watching this film? You could be comfortably watching on the television in your living room. Or you could be at a popular Bollywood film night in Nigeria. Bollywood, also known as Hindi Film cinema, is a globally popular and performance-oriented genre of films that began in India in the early 1900s and has since affected film culture all over the world. If you want to find a fellow fan of these films, just take a look around the globe. Some of the places fostering a Bollywood culture might surprise you.

Bollywood’s “emotions and freedom” have appealed particularly to large groups of women in Germany. There, Bollywood films are in surprisingly high demand, as well as Bollywood dance performances and classes.

The Bollywood culture has also spread to other countries in Europe, such as England and the Netherlands. There, those from India who have immigrated to such places find vibrant visits to their culture through these popular films.

Traveling to countries of the former Soviet Union, you will find that Bollywood films are especially popular with those of the Soviet Union generations. When the USSR banned Hollywood films and its people sought family-oriented entertainment, Bollywood became hugely popular, and its films began to draw people to theaters all over the USSR.

When you visit southern Asia, you will experience Bollywood’s center of popularity. But you don’t have to stay there to experience the culture. Bollywood is also reaching larger markets. Just a little farther north, Bollywood’s song, dance, and culture are starting to gain popularity in China. The combination of influence in India and China reaches millions of people, providing plenty of opportunities to experience and learn more about the culture.

And if the most popular centers of Bollywood entertainment don’t interest you, you can celebrate this lively culture with fans throughout many other countries in Asia, from Japan to Uzbekistan to Jordan and even Pakistan.

Bollywood films do a lot of advertising—some films spending up to 50% of a movie’s budget. Photo by Ana Raquel S. Hernandes. cc

Head over to Africa, and you will still find friends of the Hindi film industry. The culture and excitement of Bollywood can be found thriving in Morocco, and such films even reach into Nigeria, where their popularity has been growing for more than forty years. From Egypt to South Africa, you can find these talent-driven films throughout many places in the African continent.

The expanse of Bollywood continues into North America, where both the United States and Canada have felt the influence of this film industry. In the United States in particular, Bollywood films earn millions each year and are more popular than any other non-US films. Bollywood and Hollywood have even started working together, creating such films as Bride and Prejudice to reach wider American audiences. You won’t be hard pressed to find a fellow fan of Bollywood in American culture.

This popular film industry continues to grow, and you can see and feel Bollywood’s reach in many different countries. You can even celebrate Bollywood with people in Oceania and South America, though the industry is not as popular in those areas of the world. Still, Bollywood, with its large dance numbers and musical appeal, continues to expand its influence and reach people all over the globe. Where will you see a Bollywood film next?