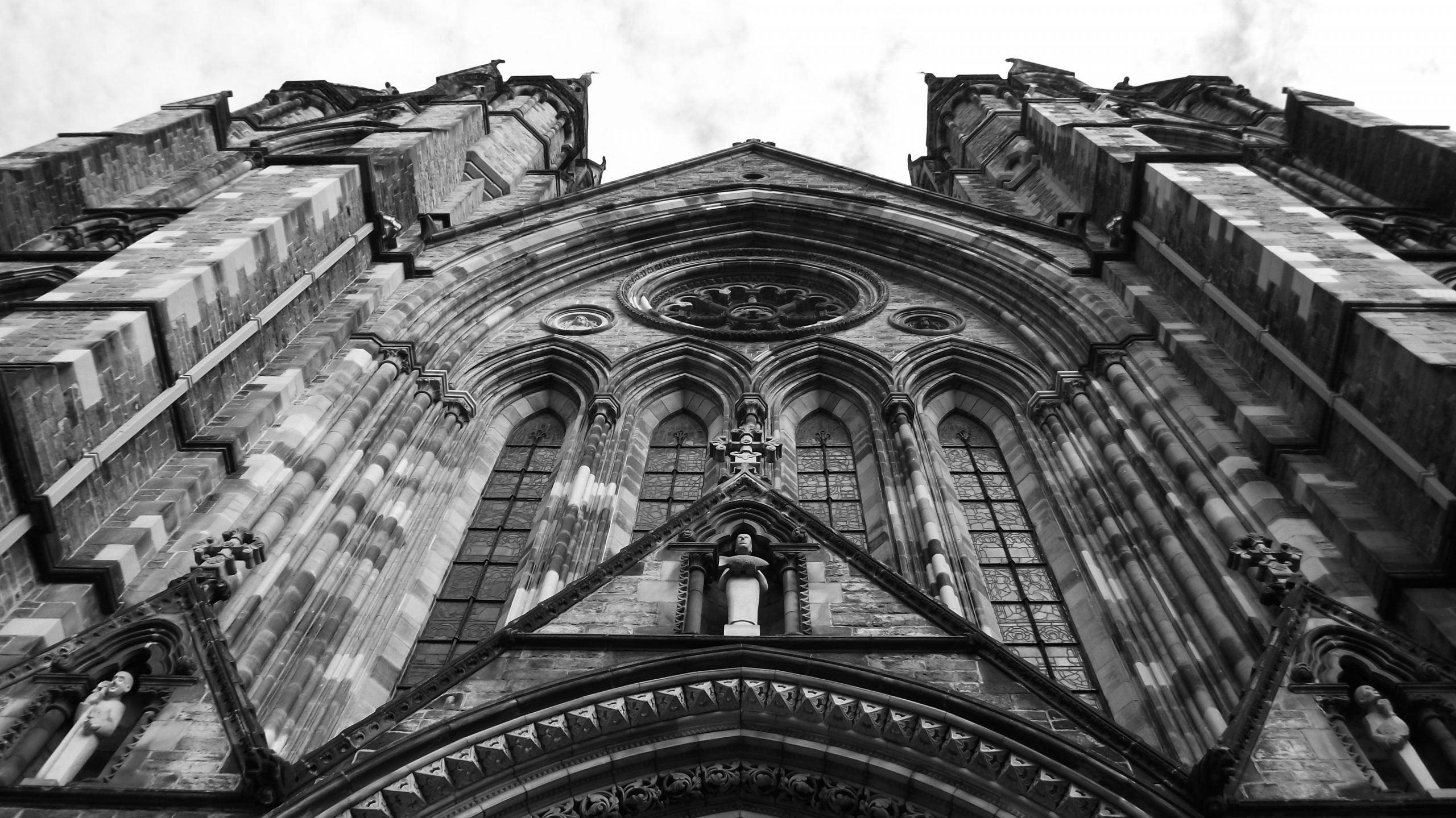 Through countless centuries, Europe has been ravaged by war as various groups have tried to conquer as much land as possible and claim territory. The evidence of this history is manifest not just in history books but also in architecture. The Baltic States—Latvia, Estonia, and Lithuania—showcase great examples of architectural diversity resulting from war. With baroque cathedrals, medieval castles, Russian Revival churches, and Soviet Union–era complexes, these countries are hodgepodges of architectural history. New architecture demonstrates that all three countries are becoming leaders in modern architectural design. However, blending the new and old poses challenges, and each country has met those challenges in different ways as they try to simultaneously preserve their architectural history and create a new style for the future.

Looking out over Latvia’s capital city, Riga, is like watching two worlds collide. In the old-town area of the city, many homes, shops, and cathedrals stand as evidence of just how long people have lived in the city, while just to the east, the new city glistens with more modern buildings.

Chris Holdaway, who spent a few months in Riga, said the city has done a good job separating different building styles. “They have downtown, which is very urban and very modern with lots of glass with cool architecture, and then it blends in really well with Old Riga.”

Holdaway said the city has parks that create a visual buffer between the newer part of the city and older parts of town. “You kind of hit these parks and you walk through these really pretty paths and they take you into the old city,” Holdaway said.

One of Holdaway’s favorite buildings is the Dome Cathedral (also known as St. Mary’s Cathedral) in the old town. Built in 1211, the Dome Cathedral was built following the Livonian Crusade, when German and Danish soldiers invaded medieval Livonia (which makes up parts of modern Latvia and Estonia) to convert the pagan Livonians to Christianity. The crusade was an effort to secure the safety of German trade and commerce. Holdaway said he and his friend love the gold rooster on top of the building. The rooster is supposed to defend against evil. The cathedral is considered one of the most recognizable landmarks in the country and is featured in most aerial shots of the city.

Another feature in many Riga aerial shots is the central office for Hansa Bank (now Swedbank) on the west side of the Daugava River. Finished in 2004, the building is made of steel and has a glass façade, giving it a sleek appearance. At night, the building is lit up with color-changing lights, which reflect off the side of the building. Also known as Saules akmens (sun stone), the building was the first high-rise to be built in Latvia following the fall of the Soviet Union and was the tallest building in the country when it was completed.

According to Holdaway, the west side of the river is where most of the Russian architecture is in the city, with many large buildings that hold hundreds of apartments. Holdaway described the setup as a “labyrinth of Tetris blocks” and said that the Soviet Union–era buildings were eyesores. However, he said that, like the modern buildings, many of these buildings are separate from those in the old town, which he credits as being the most Latvian of all the styles.

In neighboring Estonia, the architecture is even more diverse. In the city of Tallinn, buildings contain influences from Western Europe and Russia, as well as modern architecture.

In 1561, northern Estonia came under the control of Sweden after the Livonian War, while the southern part of the country was held by the Polish-Lithuanian Commonwealth. By 1625, all of Estonia came under the control of the Swedes. During the early eighteenth century, Sweden lost the Great Northern War to Russia, and Estonia became part of the Russian Empire. Russia remained in control of the country until the end of the Soviet Union in 1991.

Unlike Riga, the Russian presence in Estonia for nearly three centuries is reflected more in the Russian Revival–style churches (like Alexander Nevsky’s Cathedral in Tallinn) than in Soviet-era apartment complexes. The cathedral is topped with five onion domes, an architectural feature common in many Russian Orthodox churches. The church was built during the late nineteenth century and early twentieth century and is the largest Russian Orthodox cathedral in the city.

Holdaway, whose friends spent some time in Tallinn, said that, unlike Riga, many of the old and modern buildings stand side by side, rather than being kept separate. Visitors can find this very diversity embodied in Tallinn’s Kadriorg Park, which was built by the order of Peter the Great of Russia in 1718. The park houses many different museums as well as different styles of architecture, including the baroque palace of Peter the Great and the seventeenth-century cottage he stayed in while the palace was under construction.

The Kumu Kunstimuuseum, located at the edge of the park, is a branch of the Art Museum of Estonia and is a modern building that has received many accolades for its beautiful design. The design for the building was chosen from an international design competition in 1994. Designed by Finnish architect Pekka Vapaavuori, the building has an atrium that extends to all seven floors of the building and is constructed in a circle. The location of the building is significant because it is at the old border of the city. The design and location are symbols of connecting the past with the future in an eternal round.

This colorful cathedral is the Aleksander Nevsky Cathedral in Tallinn, Estonia. Well-preserved and beautiful, it is clear that the people of the Baltic states appreciate their unique architecture. Photo by Neil Howard. cc

In contrast with Latvia and Estonia, Lithuania held its own against invaders and was its own sovereign nation or part of a joint commonwealth with Poland until it was overtaken by Imperial Russia in the late 1700s. As a result, the architecture shows less evidence of invasion, but more of popular Lithuanian styles throughout the ages.

Vilnius’ Old Town contains many older churches, including St. Anne’s Church, which is made of bricks in the Gothic style. The brick building was built in the late fifteenth century to replace the former wooden church that was destroyed in a fire. The church was built for visiting German Catholics to worship in.

Also in Old Town is Vilnius Cathedral, built in the neoclassical style, which replicates the ancient style of the buildings in ancient Greece and Rome, like the Parthenon. The building is considered the heart of the Catholic Church in Lithuania and is where the coronations of the grand dukes of Lithuania took place. The interior of the cathedral contains many painted frescoes in the Renaissance style.

On the modern front, there are many ongoing architectural projects in the works in the capital city of Vilnius. One project that has since been finished is the Litexpo Exhibition Pavilion. The building is triangular with concrete walls and large glass windows, allowing natural light to flood the interior. The sharp angles and lines give the building its distinctly modern feel.

Thomas Graham, who spent two years in Lithuania, said he was impressed by how well kept the older buildings were. “I feel like Lithuanians are very proud of their history, maybe more so than the people of the other Baltic States, and because of that, they typically spend more time restoring older buildings than building new structures,” Graham said.