Knowing Where You Stand 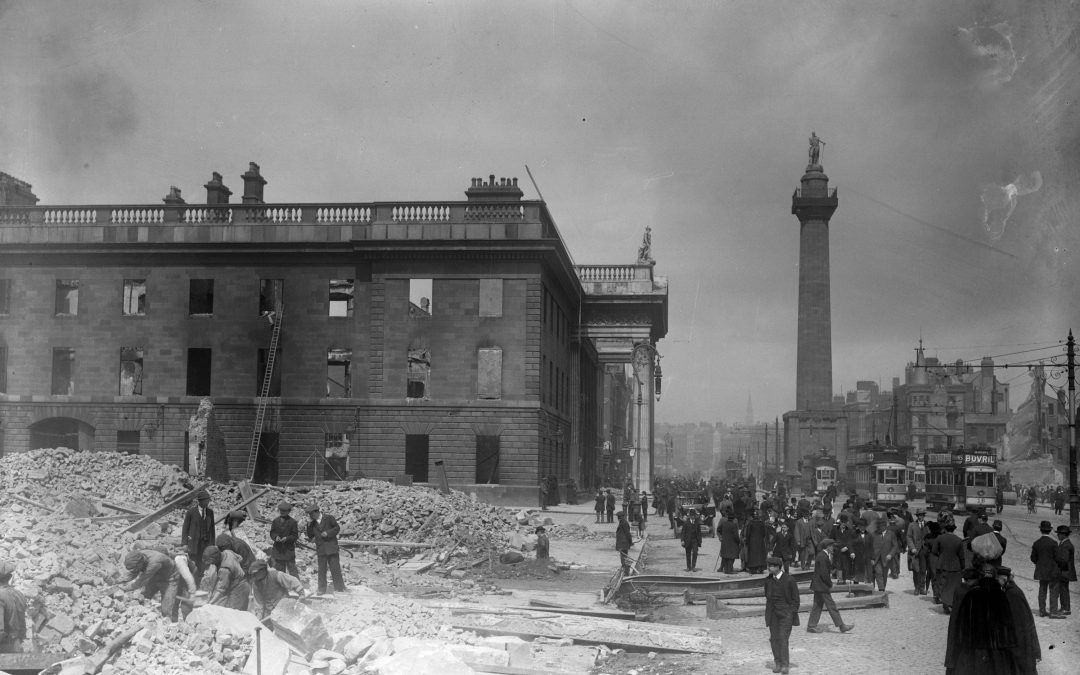 I was twelve when my parents took me to Washington, DC for the first time. It was the first stop on a family vacation where we would be attending the funerals of two of my grandparents. Washington, DC, was the first major historical place any of us had visited. My father connected easily with the heritage we found there. I wouldn’t have a similar connection with history until a decade later.

My father loves history and wanted to see everything that he found interesting. As a result, we went to the newer National Air and Space Museum near Dulles International airport, as well as the World War II memorial that was being dedicated that weekend—things that a twelve-year-old girl wouldn’t be interested in. Then we took one whole day to drive to Gettysburg to visit the battlefield. I wasn’t pleased when I realized that we had traveled half a day to see a field of grass.

The day was overcast with a slight drizzle, making the humidity unbearable. It was also the year that the cicadas had emerged from their seven-year slumber, and they were chirping in the woods, making the experience as creepy as it was miserable. To add to all that, my dad stopped at every little statue and monument to read its plaque. I thought it would never end.

In hindsight, I can see that my dad wasn’t just seeing the same field or monument I was seeing. He was seeing the men who fought on that battlefield during the Civil War. He knew the history of Gettysburg, and his experience was shaped by the knowledge he had of the events that took place there, and he knew that where he stood was hallowed ground. I didn’t have that kind of connection with a place until I went to Dublin, Ireland.

While doing a semester-long internship in Germany, I decided to take a weekend trip to visit a friend of mine who lived in Dublin. Since she had school and work, I was left to my own devices for most of the weekend, and I spent my time wandering.

On the first day, I walked up and down O’Connell Street in the heart of Dublin, not sure what to do with myself and oblivious to the history that had marred the ground I was walking on.

The next day, I decided to get on a hop-on, hop-off tour so that I could see more of the city. The tour took me past sites such as Dublin Castle, St. Patrick’s Cathedral, the Dublin Zoo, Kilmainham Gaol, and the Guinness Storehouse. Before I reached the end of the line, I got off the bus at an unexpected stop: Collins Barracks.

Collins Barracks was formerly a military barracks, but it now houses the National Museum of Ireland. The bus driver mentioned that they had an exhibit called “Soldiers and Chiefs—The Irish at War at Home and Abroad,” and I felt like I should stop. My thought when I made the decision to get off the bus was, “Dad would love this!”

The exhibit had a whole section dedicated to the 1916 Easter Rising in Dublin, so named because it occurred over the week following Easter. The rebellion was organized to declare independence from Britain, and when it was over, 450 people were killed, 2,614 were injured, and 9 were missing. Of those killed, 254 were civilians. The leaders of the insurrection were taken to Kilmainham Gaol and were later executed by firing squad.

As I walked back to the stop to board the next bus, a portion of the Irish lament “The Foggy Dew” came to my mind: “Right proudly high over Dublin Town they hung out the flag of war, ‘Twas better to die ‘neath an Irish sky than at Sulva or Sud-El-Bar.” After thinking about that song (which is about the Easter Rising), I began to understand why those rebels were willing to fight for their freedom.

Suvla and Sedd el Bahr were battlefields in Turkey where Irish men fought for the British during World War I. Irish husbands, brothers, sons, and neighbors were giving their lives fighting for an empire they didn’t even want to be a part of. Many of the Irish opposed the Acts of Union in 1800 that united Great Britain and Ireland. After trying twice to establish home rule in Ireland with two Home Rule Bills (in 1886 and 1893), British Parliament passed a third bill in 1912 under the Parliament act. It was expected to go into effect in 1914, but didn’t because of the start of World War I. After the bill was shelved, extremists planned to hold an uprising while the British were at war with Germany. In understanding Ireland’s fight for independence, I began to understand and be grateful for those who fight for those liberties.

At the end of the day, I ended up back on O’Connell Street, where most of the fighting in the rebellion occurred. I watched as people walked up and down the street and wondered if they knew where they stood or if they understood the sacrifices that occurred where they were walking almost one hundred years earlier. I wondered if they also ran their hand along the bullet holes in the O’Connell Monument and had to hold back their tears.

My experiences in Dublin opened my eyes, not just to the differences in culture, but also the feelings that mankind shares. Not just the desire for freedom, but also the need for it. It helped me understand that knowing history and empathizing with people from other cultures allows for a richer experience. Even a twelve-year-old girl visiting Gettysburg can understand the world at a deeper level, as her father does, if she knows where she stands.