Connecting with the Past

Fast-paced vacations to London, Paris, New York, and Tokyo have become common expectations for modern tourists with limited vacation days. Itineraries booked solid with important sights and eateries push the boundaries of what can honestly be refer to as a vacation. When tourists repeatedly return home feeling exhausted, a new type of vacation destination may be in order.

All around the world, there are plenty of tourist events and destinations that take visitors back to a simpler time when modern technology and bustling tourism could not even be imagined. These special open-air experiences can be completely immersive, appealing to all the senses to create an atmosphere as close to a historical time and place as possible. These immersive experiences can vary in type and intensity of authenticity. A few categories that might appeal to stress-wary travelers include the following open-air museums and period festivals.

Even among seasoned American travelers, open-air museums remain fairly unknown, but they offer many different opportunities to connect with the past in ways that traditional museums cannot offer. Such locations typically consist of “villages” of historical buildings, modes of transportation, and scenery arranged to replicate locales and lifestyles from the past.

In America, these types of historical attractions include Plimouth Plantation in Massachusetts and Colonial Williamsburg in Virginia. Both portray daily life in the early English colonies. Historians have painstakingly gathered information from books, letters, diaries, artifacts, and other records to create what they hope to be an authentic encounter with history.

One key element of these attractions is “historically correct” actors who portray various personalities, often playing actual individuals who lived at that time. When modern tourists ask questions, actors give  answers that reflect the way a person hundreds of years ago would speak, including an appropriate dialect and knowledge of the local customs. For example, at Plimouth Plantation a woman cooking a chicken over an open fire might scornfully reply, “Till it’s done!” when asked how long it has to cook. Other open-air museums also schedule exhibitions and seasonal events to showcase behaviors, skills and language appropriate to the time period.

A later period in American history is portrayed at Greenfield Village, which is part of the “The Henry Ford” museum complex outside of Detroit in Dearborn, Michigan. Greenfield Village consists of dozens of period homes and businesses organized into seven districts. These include many priceless buildings like the Wright Brothers’ cycle workshop and several of Thomas Edison’s workplaces (e.g., a laboratory, glass shed, machine shop, office, and library). And these edifices are just the beginning. The museum also includes other attractions from the past like a working farm, a Weiser Railroad train ride, demonstrations in the glass-blowing factory, and rides in old Model T’s.

In addition to the buildings and actors who bring the village to life, Greenfield Village also hosts many interactive activities, particularly on weekends during the spring and summer months, where visitors can see historic baseball games, attend Civil War reenactments, or shop at a farmers’ market. With so much variety, Greenfield Village truly offers something for everyone. 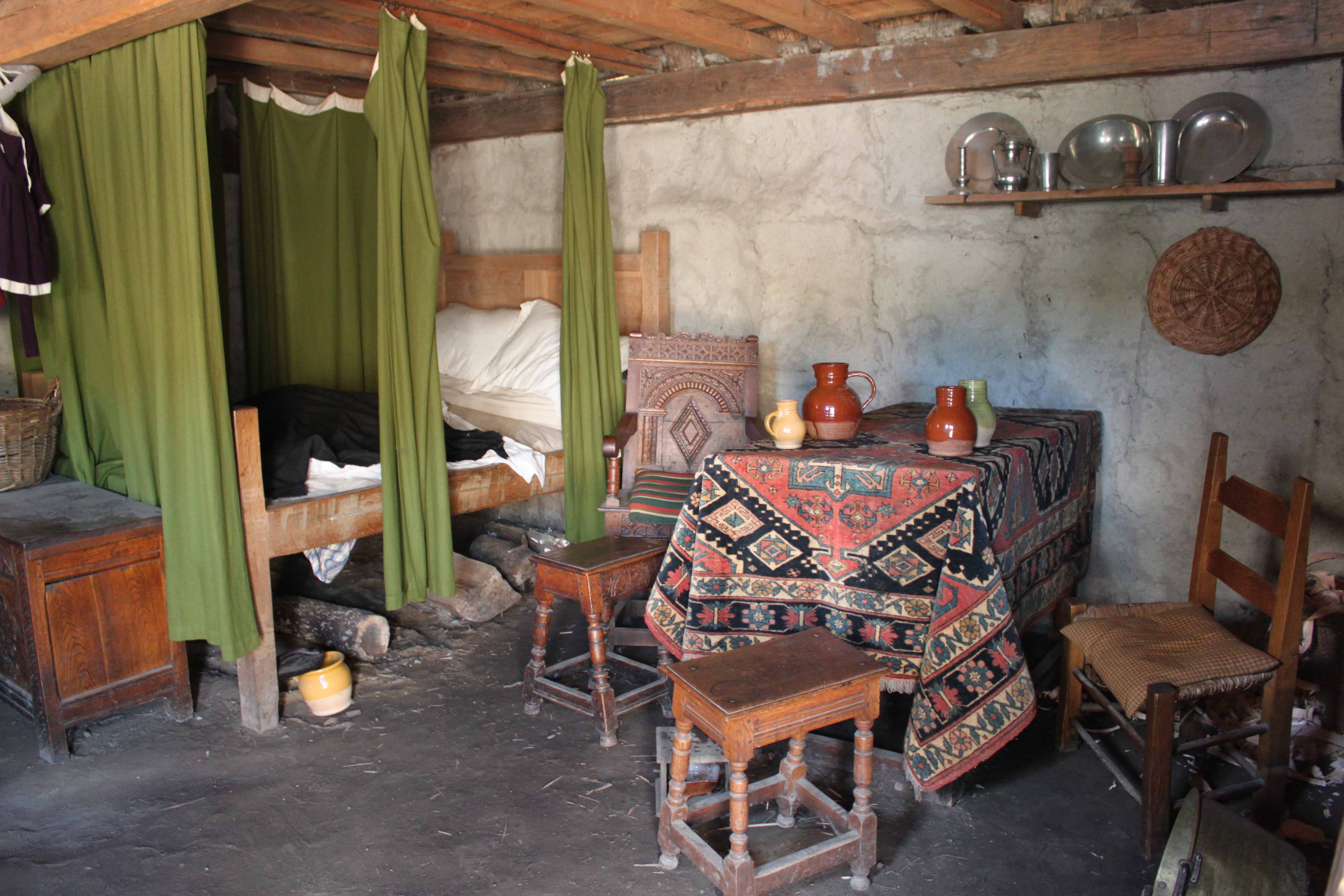 Across Europe, open-air experiences showcasing more antiquated times take visitors even further into the past. Some are found in the aforementioned open-air museums, and others come together in more rural locations for local festivals. A great deal of attention and capital have been directed toward preserving these ancient buildings and artifacts, which has resulted in a vast array of open-air attractions.

In Germany, such a place is usually called a Freilichtmuseum. The second-largest open-air museum in Germany, LVR-Freilichtmuseum Kommern, portrays a more medieval “village” with around 65 Rheinland houses and barns dating to the late 1300s. As with other open-air museums, buildings were transported from many different locations to set a pastoral scene. Various period implements also help paint a picture of medieval German life, including the old farm tools and many types of farm animals like geese or cattle. The museum also gives guided tours and offers short hiking trails that visitors can walk along to see what the scenery would have been like hundreds of years ago.

Along with the normal exhibits, the open-air museum at Kommern also puts on various festivals such as the Fair of the Empire on Easter Sunday, which includes around seventy attractions such as carousels, exhibitions, and artist displays and is billed as “a journey through the history of popular amusement.” Many courses in period-appropriate skills are also offered on topics such as making historical longbows, baking bread in a stone oven, mowing with a scythe, or using ancient basket-weaving techniques.

In addition to events held at open-air museums, other historical festivals and events are held annually in less formal locations. One seasonal event that draws many visitors to a beautiful location in Norway is the Gudvangen Viking Market. Staged in mid-July of every year, this market recruits up to 500 “Vikings” to carry out various tasks during the market, such as cooking authentic Viking meals or rowing visitors down the fjord in a Viking-style boat. They will even take place in mock medieval battles to show visitors what Viking combat would have looked like. Anyone with an inclination toward Vikings will be drawn into the world that the market creates.

Many groups and  govern-ments around the world have worked to create open-air museums. However, some countries have preserved their own little towns from the past to preserve a spot of history for future generations to visit.

In China, in the Zhejiang Province, the village of Xinye was founded around 1219 AE under the Southern Song Dynasty and has been preserved in its original state. Its founder, Ye Kun, and his family moved to the area and built the village, expanding it over the next several generations. Today, most of the villagers carry the surname Ye and can trace their ancestry back to Ye Kun almost thirty generations back. Because of its remote mountain location and a strong sense of clanship among the community, the village has largely been preserved over so many centuries and has become the largest open-air museum in China.

Xinye is famous for its Ming- and Quing-era architecture, including more than a dozen ancestral halls, hundreds of whitewashed huts, and a Buddhist temple nearby. Visitors who came to Xinye village can visit the Tuayun Pagoda and Wenchang Pavilion, see the mirror-like South Pond, or see the annual Shangsi Festival, which is an ancestor worship ceremony that is only practiced in a few communities throughout China. What’s more, visitors can stay in one of the ancient houses and become one with the scenery, immersing themselves in the life of the ancient Chinese people.

The nature of museums is constantly evolving, particularly in creating a place of living history. For tourists who want a more immersive experience to learn about how the people of the past lived, there are plenty of open-air museums and live attractions across the world to choose from. Visiting one of these museums is perhaps the easiest and most realistic way to travel back in time and imagine oneself living life in another era.