Back to the Future of Cinema 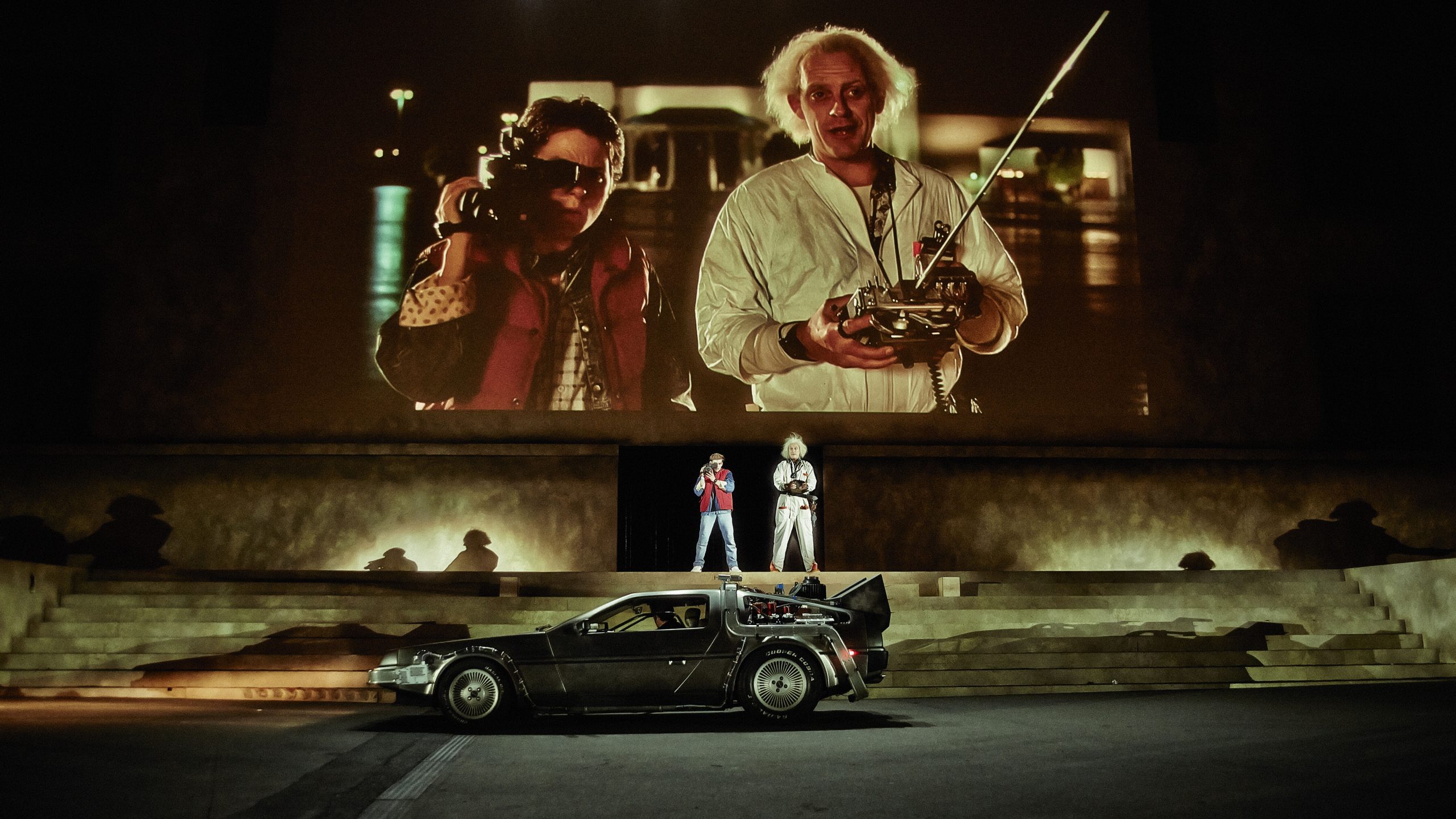 Along the grass-lined streets, George McFly gets beat up by Biff again. Lorraine Baines gazes out the window admiringly at her son skateboarding down the road. Away from the square, the Tannen, McFly, Baines, and Brown houses line the street, waiting for tourists. No cell phones ring. Though opportunities abound, no one takes selfies. Instead, people take pictures with secondhand cameras, not smartphones. Is this the past? No, it’s the future—Back to the Future, that is—of movies with SecretCinema.

Since 2005, SecretCinema, a UK-based company founded by Fabien Riggall, has reimagined the future of movie watching. With the tagline “Tell no one,” they send a secret location and time. Most of the time, the audience has no idea what film will be showing.

SecretCinema gives classic movies like Top Gun, The Third Man, and One Flew Over the Cuckoo’s Nest the theme-park treatment. They recreate the set, hire hundreds of actors, and turn the audience into extras, informing them beforehand of clothing to wear and giving them a character to play. At the end of the day, they show the film, and the actors act out the film while the film is showing. The experience isn’t cheap. A ticket usually costs £50, or about $77.

Spectators gather in a field, preparing for the main event. Photograph by Al Overdrive, courtesy of SecretCinema cc

Last summer, SecretCinema staged a production of Back to the Future in East London. They re-created the town, complete with the neighborhoods, the post office, the diner, and the famous clock tower. Before the show, people swarmed thrift stores, dressing up in the sleek styles of the 50s. They left their cell phones at the front entrance, adding to the atmosphere of the decade. Audience members were given a character profile, a role to perfrom in the town. SecretCinema staged it as “The Hill Valley Town Fair,” bringing in a Ferris wheel, fair food, and different activities for the crowd to participate in. Actors and non-actors mixed together, and everyone becomes part of the film reenactment.

A boy sticks his head out of the old fashioned car, enjoying the novelty of the event. Photograph by Al Overdrive, courtesy of SecretCinema cc

During the day, events from the movie could be seen throughout the town, from George McFly falling out of a tree to his son skateboarding down the street. And at night, for the grand event, the film itself was shown on the face of town hall. Stunts from the movie were acted out at the same time as the film, including Doc’s famous slide down the telephone wire from the top of the building. The film ended about midnight, concluding an incredible day.

This summer, in honor of Back to the Future 2’s depiction of 2015, and the thirtieth anniversary of the first movie, SecretCinema will bring the event to Los Angeles. Though details are still unknown, past experience shows the event will be momentous. On the website, secretcinema.org, tickets will be made available at an unknown date later this year.

Lightning strikes in this iconic scene from both the movie and SecretCinema’s re-enactment. Photograph by Camilla Greenwell, courtesy of SecretCinema cc

In the Back to the Future 2 version of 2015, Marty McFly rides a hoverboard, wears automatically adjustable clothing, and is chomped by a giant 3D holographic shark from Jaws 19. These predictions, like so many others, have proven false. In 1989, when Back to the Future 2 was released, 3D was a new thing, and the fourth Jaws movie had just come out. Holographic sharks from a 19th movie may have seemed reasonable, or at least entertaining. In the real 2015, instead of sharks that come out of the screen to the audience, SecretCinema brings the audience into the movie through these interactive events. Back to the Future may have predicted the future wrong, but SecretCinema is trying to get it right.