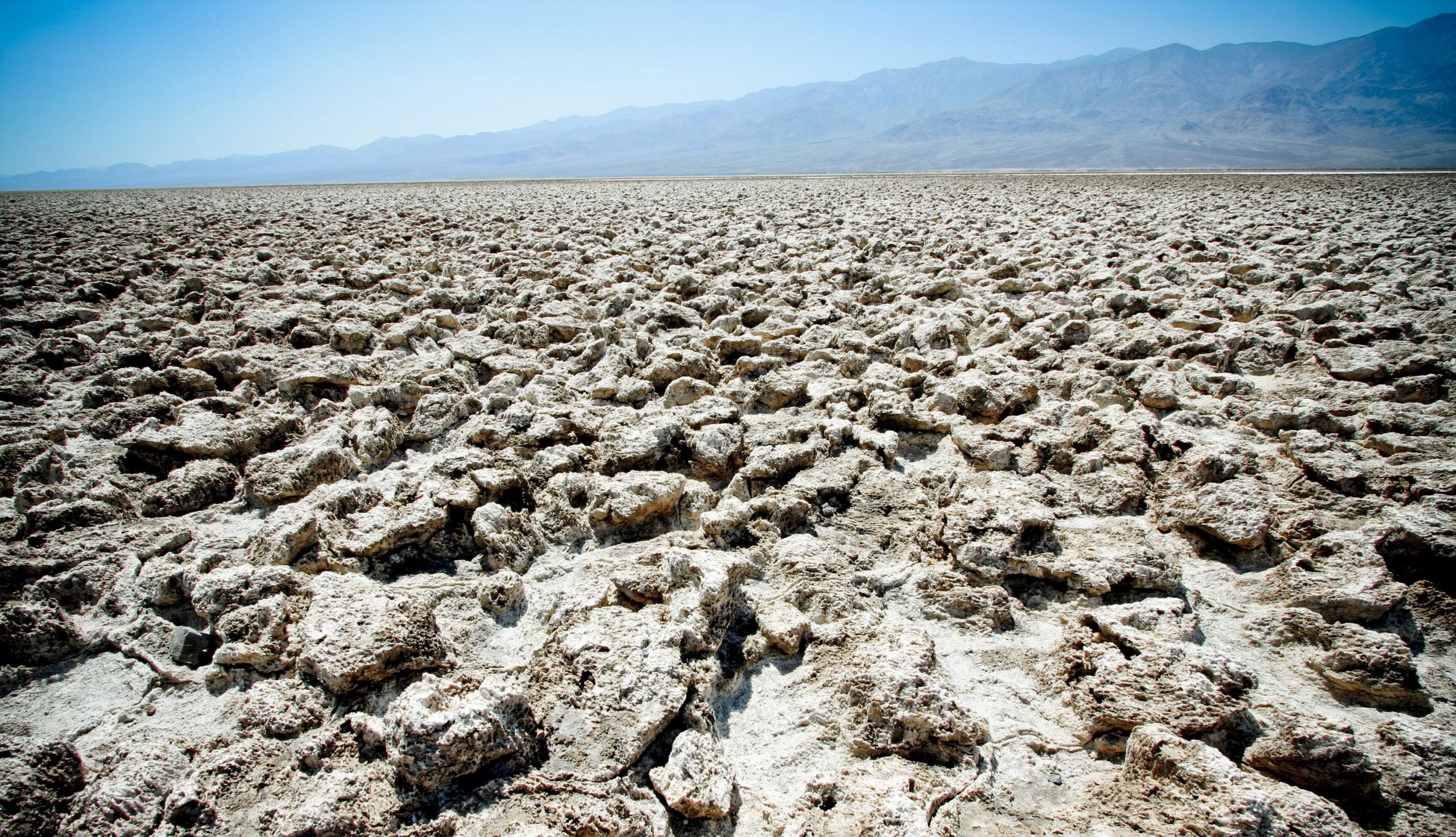 104 degrees. I stared at the thermometer in horror from my air-conditioned car. It was early evening, about 5:00 p.m., when my family rolled into the visitor’s center at Death Valley National Park. We were hungry and aching to stretch our cramped legs, but none of us dared to leave the safe climate of the Suburban. Finally, with the promise of fresh water and plumbing, I opened my door. A choking wave of heat hit me like a forest fire. It wasn’t the wet heat I was used to, but a dry heat that cracked my lips and sent me running for shade.

Inside the visitor’s center, cooled air blasted every corner, and impressive exhibits told stories about Death Valley, the largest national park in the United States. I remained unimpressed.

“Unlike most deserts,” the ranger explained, “Death Valley doesn’t get much cooler at night because of the low sea level. Temperatures only drop to the low eighties when the sun goes down.”

Why would anyone want to endure such heat? Two minutes under the sun and I couldn’t stand it.

The ranger recommended we check out Scotty’s Castle while we were in the area, so my family piled back into the old Suburban to venture deeper into the heart of the desert. Sand and rocks went on for miles. If our car broke down under the pressure of the sun, I thought for sure we would be goners. But we kept slogging down the rippled mirage of a road until we reached a large wooden gate.

I gawked. In an instant, the desert had transformed from a sandy wasteland to an oasis. Greenery exploded from all edges of a trickling stream and palm trees tilted under a dry breeze. Scotty’s Castle stood in the distance, looking like a palace made for a king.

More than 80 years ago, Walter Scotty fell in love with Death Valley and built a permanent residence in the desert. With a record temperature of 134 degrees Fahrenheit, I couldn’t image anyone wanting to stay long in this death trap. But standing at the wooden gate, looking at the enchanting oasis, I finally understood how people can find beauty in any place. Even at 104 degrees.