Around and Back Again: My Vacation in Middle Earth 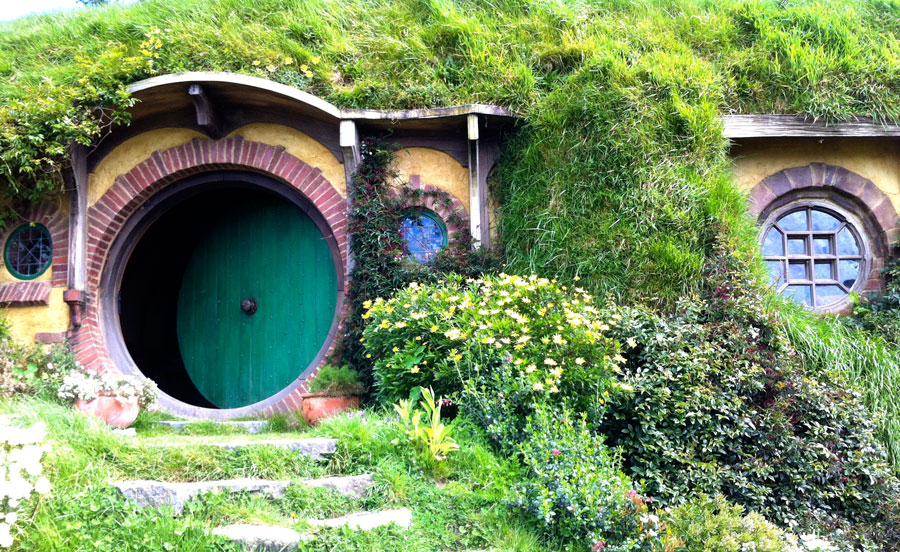 I thought the best way to start my vacation was with a week in the picturesque Shire. Dwalin, son of Balin (and my travel agent), had alerted me to a last-minute opening for a timeshare in a quaint little district called Hobbiton. I’ve always had a weak spot for hobbit architecture, so I jumped at the opportunity. I was ready for a nice, relaxing week in the coziest hole ever dug into a hill.

Instead, I found a complete disaster. The previous occupant had left after throwing the biggest dinner party the house had seen in years. The kitchen and dining room were in a shambles with smashed pots and plates lying on the floor and smears of what I could only hope was food covering the walls. My first night in Hobbiton was spent cleaning and restoring the place to the condition it had been advertised as.

I mentioned that I was a fan of the architecture. Unfortunately, I was completely ignorant of the scale. Hobbits, I learned, measure on average 3 1/2 feet tall, and the home was built to scale. By the end of the week, I had a number of bruises all over my head from collisions with the too-close ceiling, and my back was fixed at a 45 degree angle.

I left the quiet countryside of the Shire and made my way to the high-rolling city of Rivendell. The city boasts symphonies, open-air theatre, dance halls, and some of the best-reviewed restaurants this side of the Misty Mountains. All that and everyone in the city is beautiful, its occupants dressed in the latest fashions.

It’s a shame I couldn’t speak a lick of Elvish, and if any of the locals understood me, then they certainly didn’t let on. I ended up eating in the first restaurant I found and ate something chosen at random from the menu. I spent the next two days in my hotel bathroom with food sickness, chewing on lembas bread to settle my stomach.

Dwalin next directed me to the Misty Mountains, where I was to meet up with a spelunking team. Just as in the Shire, I was the tallest of the group, but now I was the least hairy as well—even among the women. Our guide led us into the mountain and down into the Mines of Moria.

While Bag End had left me feeling claustrophobic, the mines were anything but confining. The dwarven forefathers built impressive halls with enormous, intricately engraved pillars. Some rooms had ceilings so high that it was like staring at a starless night sky. It was a shame to see such impressive work lying in ruin. Balin, a member of our party, mentioned something about moving in to renovate the place.

I only wish I could have had more time to admire the fine masonry. As it was, two of the younger dwarves in the group made a commotion, and our party was chased out by the indigenous orc population.

One does not simply hike into Mordor. It is a barren wasteland, riddled with fire, ash, and dust. The very air you breathe is a poisonous fume. All around you, the terrain is scorched and littered with the remains of those who have gone before. This is not a day trip for casual hikers in loafers and camel packs. This trek should only ever be undertaken by seasoned mountaineers with years of experience under their belts and only after weeks of intense, specialized training—something that my travel agent should have brought to my attention before I started off.

As it was, I spent most of the trip suffering from heat exhaustion and hallucinations, and my guide was forced to carry me up the final incline on his back. My gear was left behind for the orcs because he couldn’t carry it for me.