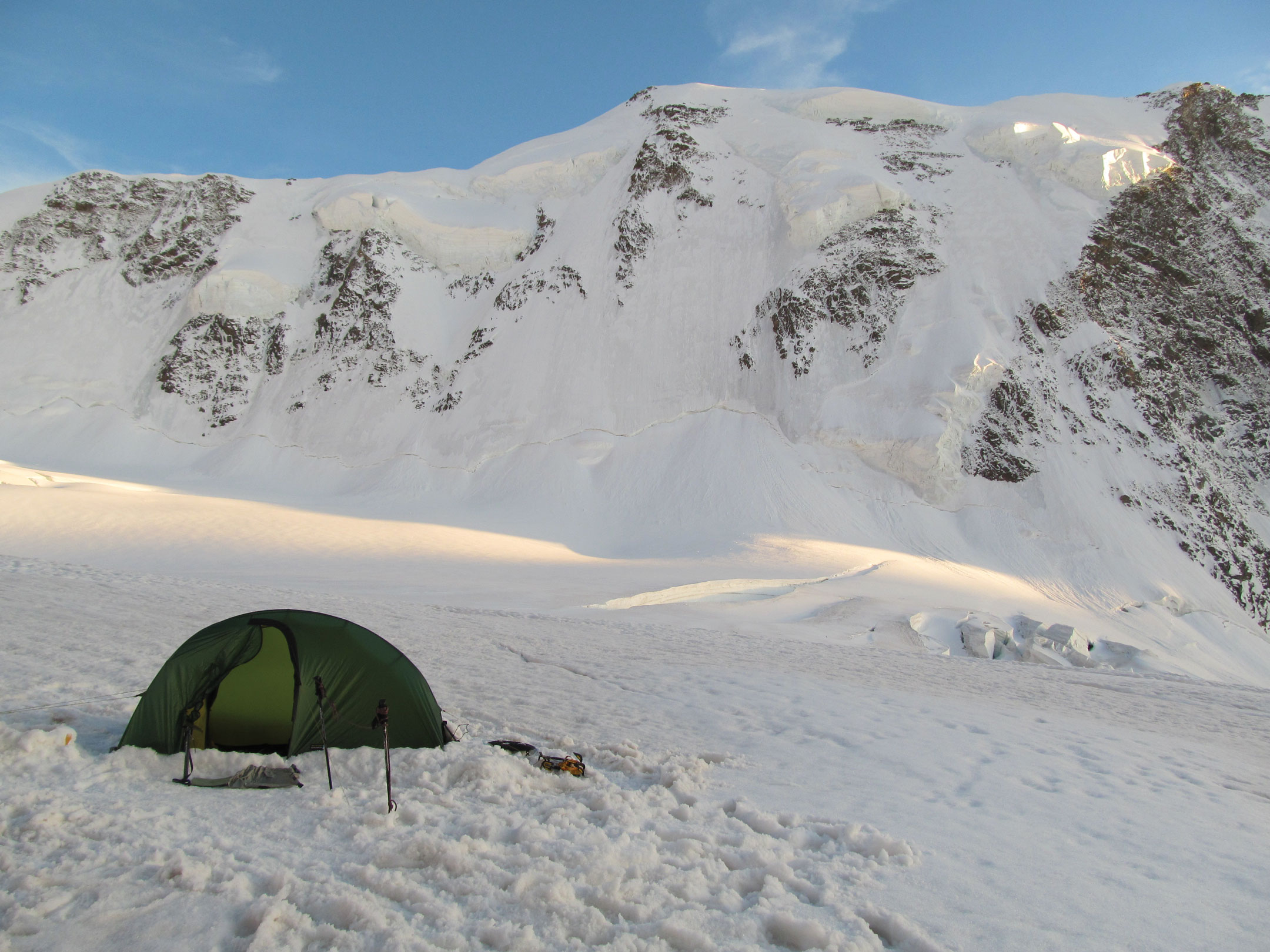 The Mountain and the Suitcase

Growing up in Texas doesn’t give you a lot of experience with hiking enormous mountains, but my brother Jeremy and I were excited to hike Utah’s Mount Timpanogos (11,752 feet) one night in mid-October 2007. Hiking with us was a guy named Jeff, whose climbing pack was actually a rolling suitcase.

About two hours into the strenuous hike, snow began to cover the trail. We didn’t worry—being careful not to slip, we climbed on. But after another hour of climbing, the trail disappeared under deep snow.

Realizing that we might take a nasty fall if we tried to hike down the mountain, we continued to climb. Jeff’s rolling suitcase struggled through the snow, and after an exhausting 20 minutes, we were excited to find a good place to camp for the night.

Around 6:30 am, Jeremy and I found Jeff shivering uncontrollably.

He hadn’t changed out of his wet clothes when we’d settled into camp, and he’d been cold and wet all night.

Extreme cold isn’t something you see much in Texas, but we knew that Jeff was in serious danger and might have hypothermia, so we contacted Search and Rescue. Two teams were sent out to find us, but either the snow had gotten too deep or the Abominable Snowman ate them, because we never saw them.

Fortunately, members of a volunteer emergency response team were close by and bumped into us. They helped Jeff down the mountain while Jeremy and I hiked behind, carrying Jeff’s rolling suitcase.

It was great fun, but after an hour of sinking knee-deep into the snow because of the suitcase’s weight, we’d had enough.

We stood at the edge of a nearby cliff, and Jeremy did the honors: he pitched the suitcase down the mountain.

After finally reaching the bottom, Jeff was taken to the hospital. We learned that his long, wet night in the mountains had caused moderate hypothermia, altitude sickness, and dehydration. But thanks to the volunteer emergency response team that arrived just in time, Jeff made a full recovery (the occasional episode of suitcase withdrawal excepted, of course).

This unforgettable experience taught me to prepare well for adventures and to stick to the trail. I have since made it to the top of Mount Timpanogos, but I definitely wouldn’t recommend it in October—especially if you’re thinking of bringing your suitcase along.

When I went to China, I lived there for four and a half months. I didn’t just dip my toe into the massive expanse that is China’s culture; I dived in, headfirst. I went to the “small” city of Fuqing, population a few million, to teach English.

With me came five other American girls. Whenever we went out on the streets of the Chinese city, which didn’t ever have tourists, the locals would gawk like they were looking at an endangered species, particularly since I am nearly 5 foot 10, with light brown hair, blue eyes, and fair skin.

On our trip to Shanghai, we walked the “Golden Mile,” a popular stretch of shopping opportunities. We weren’t the only tourists with white skin, and we found ourselves goggling at the others with similar skin tones. Months had passed since we had seen anyone else who looked remotely non-Asian. We finally understood the staring a little better.

We ended at the Bund, a famous waterfront area, where one side of the river has historical buildings and the other a modern cityscape, including the Oriental Pearl Tower. We sat down to eat our lunch on a cement tier, admiring the view. The natives took pictures of us discreetly, and then one brave person asked to sit among us to take a picture. That gave another person the courage to do the same.

Soon we had a crowd of twenty, then thirty, then forty people wanting to take pictures. Soon they didn’t even ask—one person ran in, sat down, snapped a picture. As soon as that person stood up, another ran in. This process lasted for about 20 minutes. I can proudly say that I am in hundreds of Chinese photo albums.

I’m back in the United States now, and I think about China every day. I think about the friends I made, the pictures people took, even the awkward stares. I wish I could have it all back. I want to jump back into that joyous culture with both feet. I want to hear the students call me gāo (tall) or comment on my lánsè (blue) eyes. I want to feel the love that enveloped me everywhere I went, whether it came from the smile of a stranger passing me on the street or the little arms that wrapped around me in my classroom. I want it all.

The Scent of San Francisco

The scent of San Francisco was still heavy on our wrinkled clothes, even though we were halfway home. The car was brimming with the scent, and with each breath I was more delirious with the memories: Chinatown sweet rolls, the ocean breeze, and the farmers’ markets on Market Street.

Even when the cop pulled me over for speeding, the smell didn’t disappear. He sauntered up to the driver’s side window, and I smiled sheepishly, wondering if he could smell the city on us. Even if he couldn’t smell San Francisco, he’d definitely smell the bananas—they’d ripened in the back seat as we’d ridden creaking cable cars, eaten at Italian restaurants, and explored musty bookstores.

I imagined the smell spilling from the car window, rolling out over the cop like the fog over the bay. He must have smelled it—must have felt it—because he didn’t even give us a warning. He just recommended the pizzeria down the street and told us to have a safe trip. We drove on, nestled comfortably in the scents of San Francisco that we were sure would never dissipate.