Science Tourism around the Globe 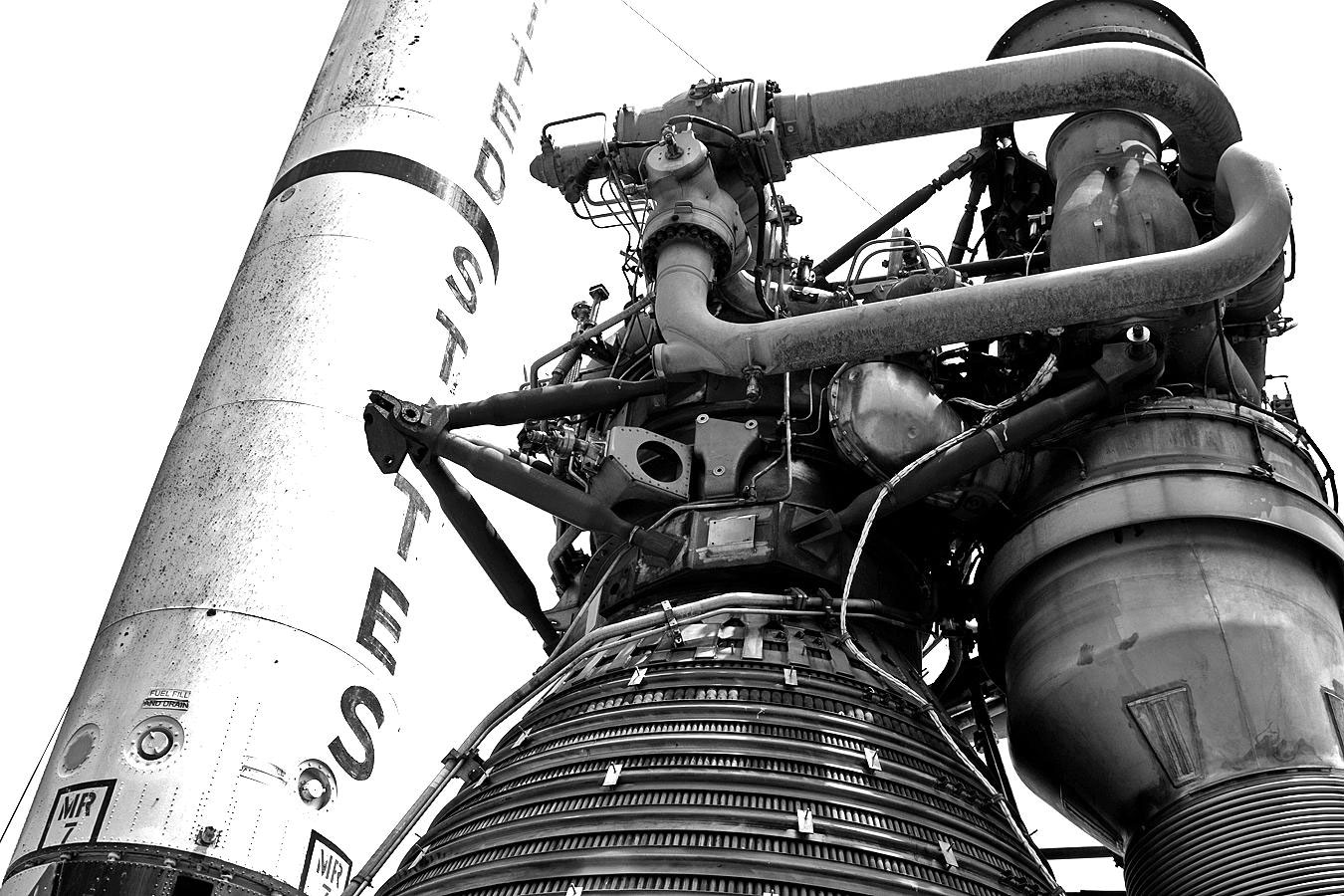 Astronomer Carl Sagan once said, “Somewhere, something incredible is waiting to be known.” That’s why so many people travel—to discover, to learn, to explore. And many organizations around the world are dedicated to doing just that: discovering the expanses of space, learning about the latest research as well as historical innovations, and exploring the workings of the human mind. Visiting science-related organizations as part of your travels is both exciting and educational. Here are some places you might want to include on your must-visit list.

Experience the world around you at the Exploratorium by wandering through interactive exhibits. Photo by Chris Chabot. cc

Engage your brain and enjoy a fun vacation at the Exploratorium. This dynamic science museum, with a sleek new location in the marina district of San Francisco, provides quality learning and exploration opportunities for all ages.

Founded in 1969 by a passionate physicist and educator named Frank Oppenheimer, the Exploratorium’s mission is to provide hands-on exhibits and activities related to art and science. To achieve that goal, the Exploratorium employs around 400 scientists, artists, educators, writers, and designers who are intent on treating the senses and engaging the minds of visitors.

The museum includes galleries that guide interactive learning. At the Tinkering Studio, “think with your hands” as you literally build your understanding of the world around you. Investigate the human psyche in the Human Phenomena gallery, and explore ecosystems in the Living Systems gallery. In the Seeing and Listening gallery, you’ll learn about light, vision, sound, hearing, motion, and spatial perception. And don’t miss the Bay Observatory gallery, where you’ll interact with San Francisco’s landscape, or the Outdoor Gallery, where you can observe natural forces at work in the surrounding world.

If that’s not enough, the museum even hosts Thursday After Dark events, where adults can mingle, eat, and learn. Check the museum’s website to see what’s coming up.

The classic façade of the Oceanographic Museum of Monaco overlooks the Mediterranean. Photo by Jean-Pierre Dalbéra. cc

If you’re traveling to Europe, you won’t want to miss one of the trendiest locations: the Oceanographic Museum of Monaco (OMM), known for its incredible variety of sea life and its gorgeous location. This imposing architectural beauty, also known as the Temple of the Sea, is built on the Rock of Monaco, a sheer cliff nearly 300 feet above the Mediterranean Sea. The building’s towering façade is adorned with arched windows, through which you’ll see a stunning ocean vista.

The OMM is both an artistic beauty and an engineering masterpiece, keeping true to the vision of founder Prince Albert I. He also believed in combining art and science by supplementing the ocean’s natural beauty with exhibitions by world-famous artists. This unique museum furthers its mission to protect the oceans of the world through education and political action.

The museum is home to over 6,000 marine specimens living in approximately 100 pools of varying sizes—some the size of your dentist office’s waiting room, some holding almost 119,000 gallons of water. The pools are filled with several thousand fish species, 200 species of invertebrates, and 100 species of hard and soft coral. As you walk through corridors with floor-to-ceiling tanks, you’ll feel like you’re in the ocean.

Adding to the phenomenon of submersion, the OMM is one of the few places in Europe

where you can be immersed—almost literally—in the oceans of the world via Google’s Liquid Galaxy. Looking at the wide-screen projections, you’ll feel as if you were actually swimming across the bottom of the ocean floor, surrounded as far as the eye can see by colorful marine wildlife.

If you’re interested in a guided tour of the OMM, reserve your spot via phone, email, or online about a month in advance. All the details are available at oceano.mc.

The museum is not just an architectural beauty but also an impressive display of marine wildlife. Photo by Aanjhan Ranaganathan. cc

Brunelleschi’s Dome and the Museo Galileo

The Brunelleschi Dome has been the tallest building in Florence for 600 years. Photo by Roy Luck. cc

While you’re in Italy, stop in Florence and discover the marvel of the famous Brunelleschi’s Dome, or Il Duomo, as the Florentines call it.

When construction was underway on the massive Santa Maria del Fiore cathedral in the 13th century, the clergy wanted to top it with a dome of unprecedented size. But architects and builders didn’t know how to construct a dome approximately 150 feet wide that wouldn’t collapse during construction. And until they figured it out, they had a massivehole in the cathedral’s ceiling.

In the clergy’s desperation to finish their roofless cathedral, in 1419 they created a contest for architects and designers to draft a solution. That’s where goldsmith Filippo Brunelleschi stepped in: he came up with a way to build the dome so that it would support itself during its progress—with an inner and outer dome supported by massive brick arches. He even created a special bricklaying pattern that helped support the domes. The dome was miraculous for its time, and 600 years later the cathedral is still the tallest building in Florence!

After visiting the cathedral, zip over to the Museo Galileo, only a 10-minute walk from Il Duomo. Located in the Palazzo Castellani building, erected in the 11th century, the Museo Galileo holds many of its namesake’s original instruments as well as scientific artifacts from the Medici and Lorraine families. Enjoy exhibits about astronomy, meteorology, cartography, maritime, military, and mathematics.

To learn more about the museum’s exhibits and to plan your trip, visit museogalileo.it. You can also view a fascinating video explanation of Brunelleschi’s dome, produced by National Geographic.

Be sure to stop in the nearby Museo Galileo to see artifacts from Galileo himself. Photo by Toni Almodóvar Escuder. cc

Say hello to the world’s largest single-dish radio telescope at the Arecibo Observatory in Arecibo, Puerto Rico. The 20-acre observatory, completed in 1963, was the brainchild of Professor William E. Gordon of Cornell University. Gordon’s original idea was to use the telescope to study the ionosphere, but now one of the observatory’s functions is to monitor asteroid activity close to the earth. Because radio signals are not affected by weather or time of day, this telescope functions 24/7.

The observatory’s claim to fame is that in 1974, staff sent a SETI (search for extraterrestrial intelligence) message into outer space, aimed at a galaxy 21,000 light-years away. Of course, none of us will be alive when it arrives in the galaxy, let alone be around for a potential return transmission, but the message was nevertheless an example of humankind asking the persisting question, “Are we alone in the universe?”

To learn more about the telescope and the observatory during your visit, pop into the Angel Ramos Foundation Visitor Center. Through several hands-on exhibits, you can learn about basic astronomy, atmospheric science, the electromagnetic spectrum, the Doppler effect, the workings of the radio telescope, spectroscopy, and methods for studying the atmosphere. The visitor center also hosts a meteorite collection, planetary orrery, aerial map of Puerto Rico, pulsar model, cloud machine, and interactive model of the Arecibo telescope. And check out the video “A Day in the Life of the Arecibo Observatory” to get a feel for what happens daily at the observatory and how everyone, from the kitchen staff to telescope operators to visiting scientists, plays a part in the observatory’s success.

No doubt, if you look to the stars for answers, the Arecibo Conservatory and its accompanying visitor center are a great place to continue the search. Visit naic.edu for details.

In 1974, the Arecibo telescope sent a message to a galaxy 21,000 light-years away, an effort to answer humankind’s question “Are we alone in the universe?” Photo by Kevin Baird. cc

The Johnson Space Center is a must-see for any science buff. Photo courtesy of NASA’s Marshall Space Flight Center. cc

It almost goes without saying that visiting a NASA location is a must for any traveler interested in exploring the mysteries of the galaxy. Before you even enter the Johnson Space Center in Houston, Texas, the full-scale space shuttle replica will surely leave you starstruck—it stretches 122.7 feet long and 54 feet high. Ever since the replica’s arrival in 2012, it has been one of the most popular attractions at the space center.

If you can tear yourself away, head inside to see real space capsules, rockets, moon rocks, and other space-related artifacts that NASA has used or collected over the years. Tour the historic mission control center—as seen in the movie Apollo 13—and the new control center by going on the Level 9 Tour. You can also view how astronauts train in a simulated flight laboratory at the Shuttle Avionics Integration Laboratory and try out the space-walk simulator for yourself. Once you’ve got your moonwalk down, watch the presentation “Living in Space” to learn how astronauts in the International Space Station deal with zero gravity, which makes even the simplest tasks very complex.

If you’re ready to take a break, kick back and watch a documentary in one of three theaters. Hungry? Go on a Friday and each lunch with astronauts, who will share their tales from outer space. Then explore the Astronaut Gallery, an impressive collection of spacesuits that will make you feel like you’ve boarded a shuttle.

No matter how you choose to spend your time at the Johnson Space Center, you’ll leave feeling like you’ve just taken one giant leap into outer space yourself. To find out more about the center, including special events, visit spacecenter.org.

If you like searching the unknown for incredible things to be known, visiting these locations—and others—is a great place to start. And you may find that in exploring and discovering, you learn more about yourself as well.