Sacred Wonders of the World 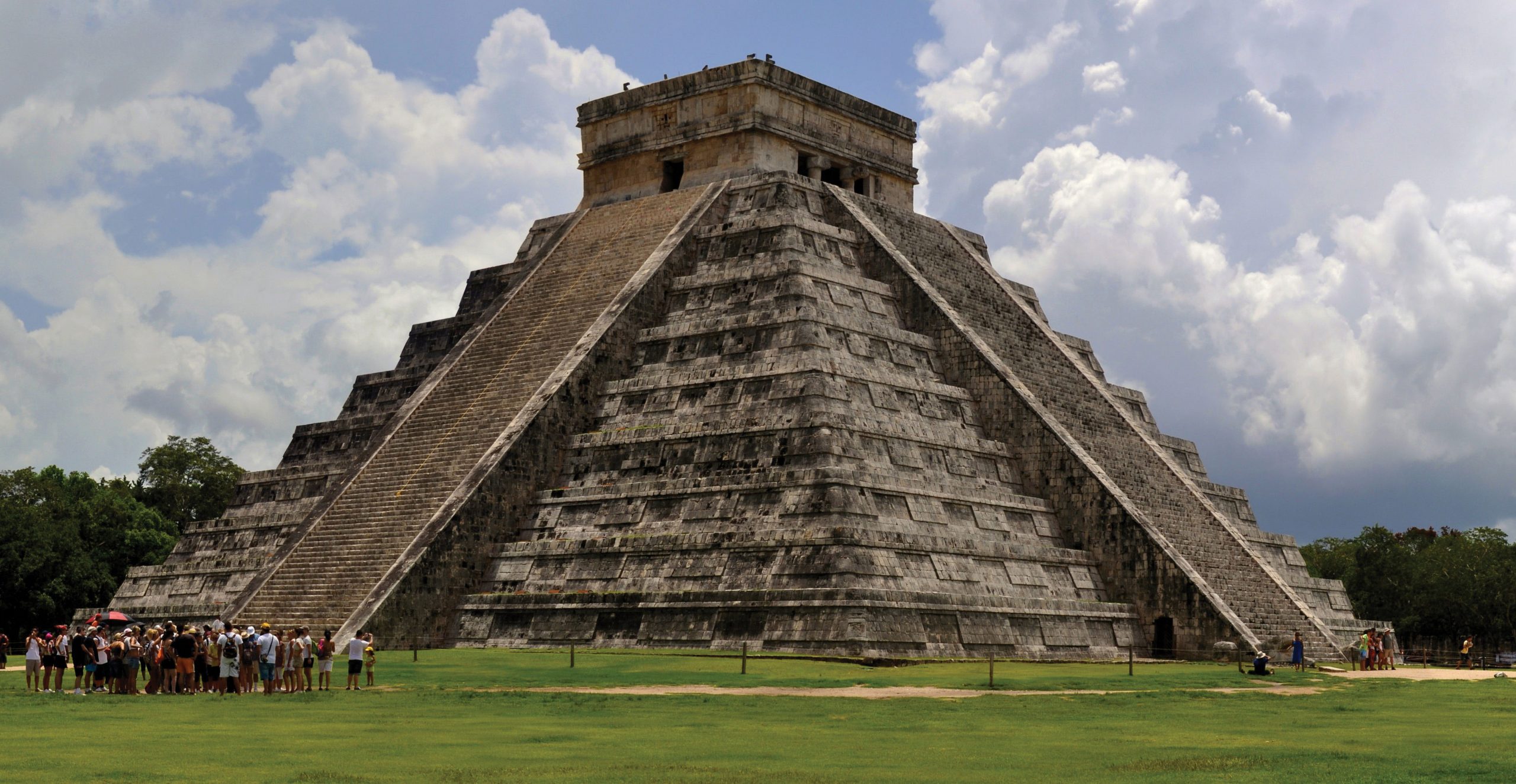 “Religious buildings, more than any other type of structure, are a unique window into the heart and soul of man. They tell of people reaching for something greater than themselves,” says Grant Herron, a master’s student in architecture at the University of Michigan.

Herron finds the devotion of ancient peoples inspiring: “Ancient architecture was more of a way of life than contemporary architecture is. People would dedicate their lives to the construction of a building they might never see completed.”

This dedication often stemmed from religious devotion: ancient peoples built structures to honor the gods they loved or feared. Their devotion has survived the ages through beautiful and enduring religious architecture. These buildings continue to inspire people around the world.

The ancient Meso-american marvel of El Castillo is among the iconic step pyramids in Yucatan, Mexico. Dating from AD 800, El Castillo was built to worship Kukulcan, the feathered serpent deity of the Yucatec Maya people. The massive terraced stone slabs that form the distinctive shape leave people in awe—how an 80-foot stone pyramid was built without modern machinery is almost unfathomable.

The Mayans worshipped their gods using astronomy, as reflected in their architecture. Each of El Castillo’s four sides contains 91 stairs, plus one shared top step—totaling 365 steps, one for each day of the Mayan calendar. During the spring and autumn equinoxes, the late afternoon sun hits the northwest corner of the pyramid, creating a serpent-shaped shadow that slithers to the ground as the sun sets.

The Mayans’ hard work and sacrifice in erecting this monument speaks volumes of their piety. Such sacrifice and devotion are truly inspiring.

Entering the Sainte-Chappelle cathedral in Paris, France, is “like standing inside the most beautiful Fabergé egg,” says Christy Newman from Cheltenham, England. Because the exterior looks like many other cathedrals, Newman says unknowing visitors would “never think something so lovely was tucked away inside.”

Completed in 1248, the Sainte-Chapelle cathedral was Louix IX’s royal chapel. While known for nearly floor-to-ceiling stained glass, the cathedral also houses holy relics that Louis IX personally bought. The Sainte-Chapelle sustained damages during the French Revolution but was restored during the 19th century, when it was made a national historic monument. You’ll feel a quiet reverence as you contemplate your own beliefs in this sacred space.

Also known as the Xuankong Temple, the Hanging Monastery in Datong, China, is exactly what it sounds like. The 1,500-year-old monastery hangs from the west side of Mount Hengshan, 165 feet above the ground. The mountain protects the monastery from centuries of erosion, sunshine, and flooding. Buddhists, Taoists, and Confucians have all found spiritual refuge in the temple, perhaps because of the seamless blend of nature and architecture. You too may find refuge and inner peace when visiting the Hanging Monastery.

A monk sits quietly on a balcony of the Hanging Monastery. Photo by Pablo Pecora. cc

The largest religious work ever constructed, the Karnak Temple complex in Luxor, Egypt, covers about 200 acres and was built over a span of 1,300 years. About 30 pharaohs left their mark, adding smaller temples and shrines to the site. In its day, Karnak was called Ipet-isut, or the “most select of places.” The size of the temple and the length of the construction time are strong testaments of the ancient Egyptians’ devotion to their gods and pharaohs. As you walk through this ancient relic, you can find evidence of their devotion in the temple’s beautiful details.

The Karnak Temple in Egypt is 200 acres of ancient shrines. Photo by Renate Dodell. cc

Standing only a few hundred meters from the famous Hagia Sophia in Istanbul, Turkey, the “Blue Mosque” is far from overshadowed. The nickname of the Sultan Ahmet Mosque comes from the 20,000 blue ceramic tiles adorning the interior of the 17th-century building. Sultan Ahmet I, the mosque’s namesake and commissioner, was so eager for its completion that he actually helped with the construction work himself!

Speaking of the mosque, Rachel Shackelford of Beaverton, Oregon, says, “I loved the gorgeous simplicity of the Blue Mosque. I felt how sacred of a place it is for the people who pray there, and it was an honor to be able to experience that beauty.” With cascading domes and arches, six minarets, and numberless nature-themed tiles, you’ll feel a reverence for something larger than yourself.

Whatever your background or faith, the history and architecture of religious edifices is likely to resonate with you. As you visit these sites, Herron recommends, “take a moment to reflect on how [they] make you feel. Architecture has that power, and if you choose to awaken yourself to it, you start to understand just how powerful it is.”

Muslim and non-Muslim visitors alike come to marvel at the magnificent Blue Mosque in Istanbul. Photo by Tim O’Brien. cc