Kites on the Horizon 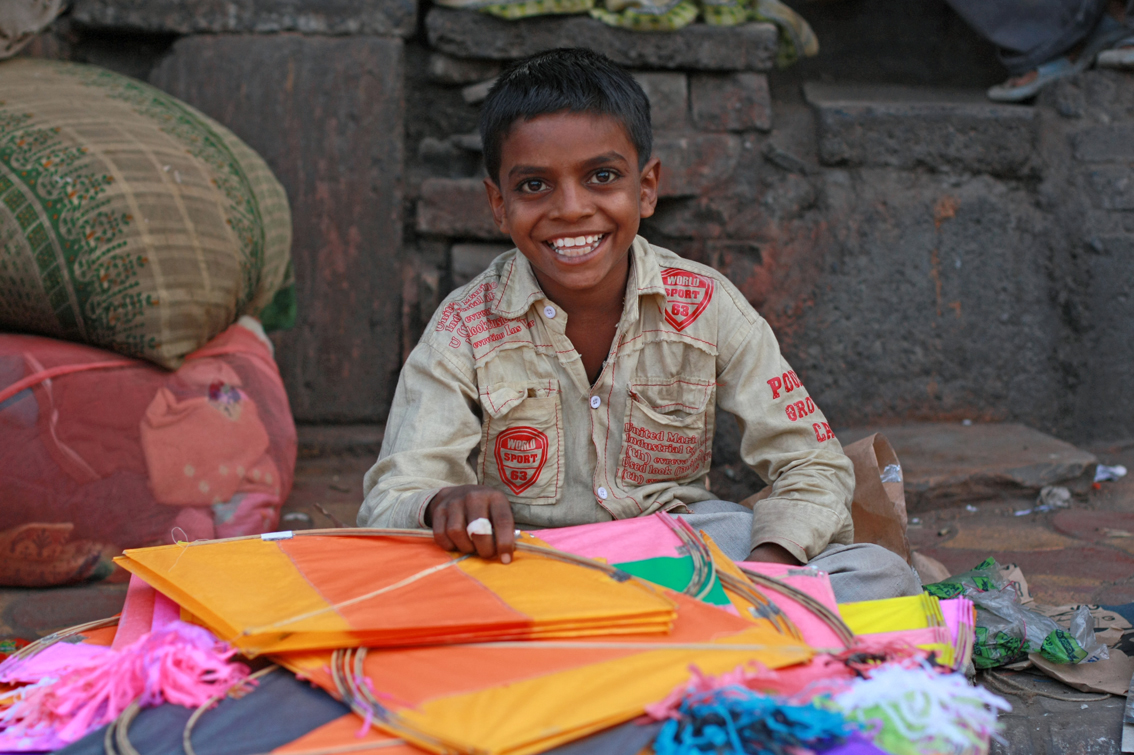 It’s a late Friday afternoon in 1991. Mustafa Haidari stands on a rooftop in Kabul, Afghanistan, watching the horizon for loose kites. After several minutes, the young boy spots a colorful kite gliding on the wind to the north. Haidari, high on the thrill of the chase, carefully climbs down from the roof and breaks into a sprint toward his prize.

Kite fighting, or gudiparan bazi, is a national craze in Afghanistan. During summer and fall, the sky is filled with artfully designed fighter kites. Successful kite flying requires two people—the charkha, who holds the string, and the driver, who steers the kite. The best fighters combine good teamwork and years of practice. A fight ends when one team manages to wrap its string around the opponent’s string and cut it, setting the kite loose. The fight can take anywhere from a few seconds to an hour, depending on the direction of the wind and the skill of the fighters.

Many enjoy the challenge of maneuvering the kite in the air and attempting to cut their opponent’s kite line, but for others, especially children, the best part is running after the fallen kites and claiming them as their prize. Retrieving a kite is also an interesting—and oftentimes dangerous—adventure: runners must avoid obstacles like power lines, buildings, trees, and busy streets.

“I loved running for the free kites as a kid,” Haidari says. “I remember spending every afternoon standing on the roof, waiting for free kites to come by. It wasn’t until I grew up that I decided to start flying them myself.”

Eventually Haidari began learning how to make his own kites. Traditionally, they are made from a very thin paper and bamboo spars that can be nearly five feet long. The lines, designed specifically for cutting down the opponent’s kite, are made of cotton and coated with a mixture of crushed glass and rice glue. Many Afghans still use these materials, but traditional methods are gradually being replaced with synthetic materials that are easier to manufacture.

Kite fighting is the oldest and most popular kite sport in the world. The sport is most commonly associated with Afghanistan and the Indian subcontinent, but variations exist worldwide, including Korea’s pangp’aeyon and Japan’s Rokkaku and Nagasaki hata. On the streets of Brazil and Chile, fighters fly papagaios and volantines.

In recent years, kite fighting has also gained a following in the United States. In 1997, the North American Fighter Kite Association was founded in Tacoma, Washington. The organization started as a way for Americans interested in kite fighting to network, but today the organization connects members worldwide, including in France, Germany, and Australia.

“During the Taliban rule, there was not much anyone could do for fun,” Haidari says. “Kite fighting was our only sport [and because that was taken away,] . . . I can’t remember anything good from that time. People could only sit.”

In 2007, Haidari was hired as a casting associate for the film The Kite Runner. For three months during the casting process, Haidari scouted for actors familiar with kite fighting. He then accompanied the actors to Kabul to take lessons from a kite master so the film could accurately represent kite fighting and its importance in Afghan culture.

Working on the film repiqued Haidari’s interest in kites, and it’s something he carries with him—a reminder of home now that he’s living in California. Life has changed dramatically since those autumn days chasing kites in the streets of Kabul, but Haidari, like many of his friends who have left Afghanistan, stays connected to his roots through kite flying.

“Now I fly kites to remember my past and to remind me of where I came from,” he says.

Today, kites once again dot the skies of Afghanistan, just as they do in an increasing number of other countries. That means those who are interested in learning more—and even joining in the fun—can find many opportunities to do so, whether locally or abroad.